Upon my return to Los Angeles in early April, I set about looking for a new job.  This search would lead me to UCLA, the place where I would end up spending the bulk of my career.  The job itself was as a low-level supervisor, but it put me on campus and introduced me to folks, quite a few that I still know today, that made life infinitely interesting.  In the fall of that year Joanna and I would rent our first apartment together, on Kiowa Avenue in West Los Angeles, just a couple of blocks up from the corner of Wilshire and Barrington.  A spacious one bedroom with good access to UCLA and in walking distance of the many restaurants and shops on Wilshire and San Vicente boulevards, it was a time we both look back at very fondly.

As the ensuring year or so progressed, it was becoming quite apparent (as a number of good friends pointed out to me) that Joanna and I had approached a stage in our relationship that suggested a more formal arrangement.  And so we agreed (she will recall more readily than I how it all went down) that we should marry and proceeded to plan how and when.

Having experienced a large wedding and all its trappings in my first marriage, I wanted to do something different this time around and so Joanna agreed with my proposal to wed in Paris.  And so sometime in the summer of 1982 I wrote to Francois to let him know we were planning to come to France and would like to get married, asking him to do a bit of research for me into how we might accomplish it.

As planning took shape, and as I could take more time off from work, we decided that I would fly over a week in advance and visit John Christiansen, who I’d met at Pelekas in 1979, at his place near in the small town of Bjert, a suburb of Kolding, in Denmark.  And thus it transpired, I flying overnight on KLM into Amsterdam and then immediately boarding a train for Kolding via Hamburg.  John and his friends met me at the train station and to begin a whirlwind week of socializing, drinking, and travel that would set my head spinning.  John lived outside of town with a number of roommates in a rented farmhouse in what they referred to as a “collective”. 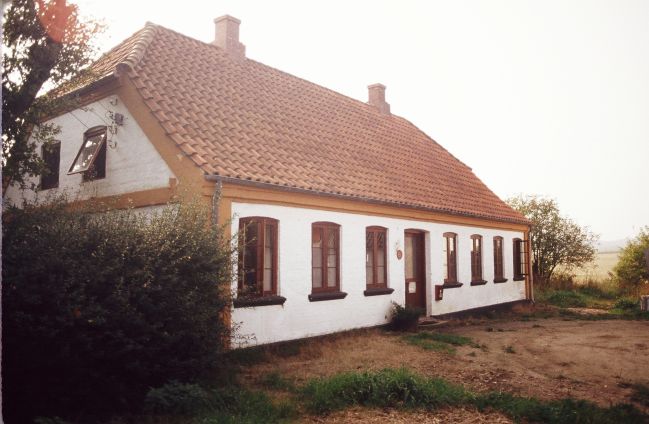 As part of their “collective” pursuits they were actively cultivating a good-sized patch of marijuana.  It will come as no surprise to many that I have indulged, from time to time, in consumption of the noxious weed, and so I was intrigued by this agricultural endeavor.  Unfortunately, it was pretty green, not properly dried, and thus not particularly effective to consume. 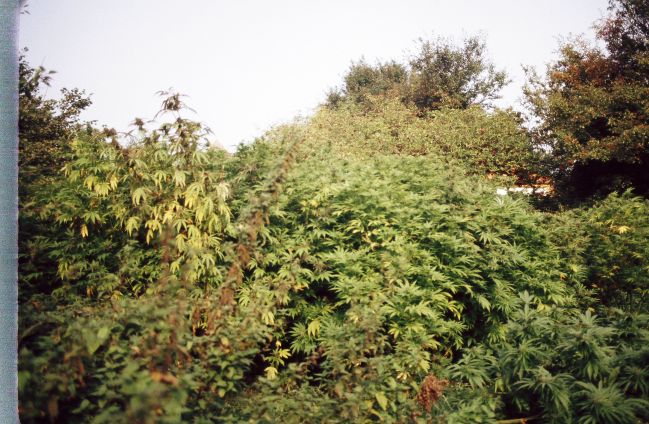 But imbibe we did, along with copious quantities of Tuborg Beer, especially when we embarked for a long weekend’s journey by train to visit friends in Aarhus. 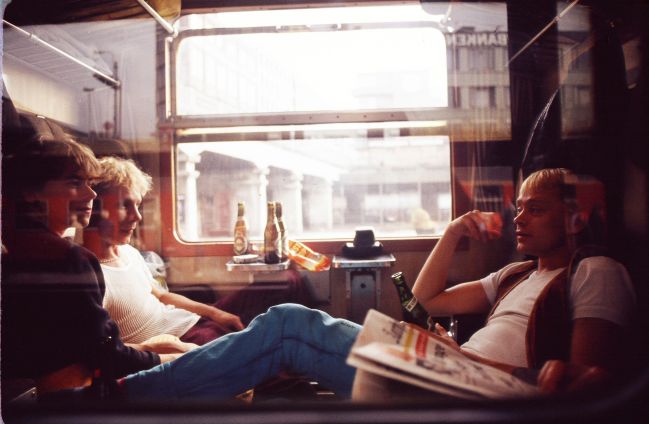 John accompanied me to the train station for my return to Amsterdam, where I was due to meet Joanna in two days.  As we were saying goodbye he gave me a film can full of some of the recently harvested agricultural output.  By this point in the journey, I’d grown tired of using it and politely declined, but he insisted and so I placed in the pocket of my backpack. 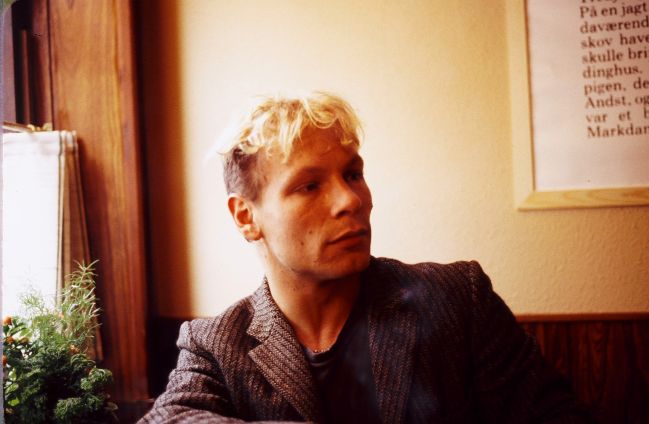 I won’t go into a long digression on this, but of course I was stopped at the border and detained for a goodly part of the day because of that film can.  The story (saved for a later posting) itself is pretty funny (it wasn’t at the time though) and I did manage to get out of the jam, the price being a $50 fine and missing my connecting train to Amsterdam through Hamburg.  But I eventually did make it the next morning, secured a room near a canal and met Joanna at the Airport.  This was 1982, no cell phones, no way of communicating with her once she got on the plane.  If I’d been held a bit longer there at the Danish/German border, I might have missed her flight in with no good way to connect with her.  So fortune smiled on us once again.

Joanna and I spent a number of delightful days in Amsterdam, still one of my favorite cities in Europe.  We took the train down to Paris to begin a week or more with Francois and Heike at their new place in Les Mesnil-St. Denis, a suburb of Paris, halfway between Versailles and Rambouillet.  It was a four bedroom attached house with a large backyard that they shared with another couple Julike and Patrick.  A day or so after our arrival, sometime after we’d finished eating dinner (Heike, of German descent, but having lived in South America when young and Julike, of Austrian, were enthusiastic and very good cooks). I decided to mention to Francois about our desiring to marry in Paris, since he had not brought it up yet. 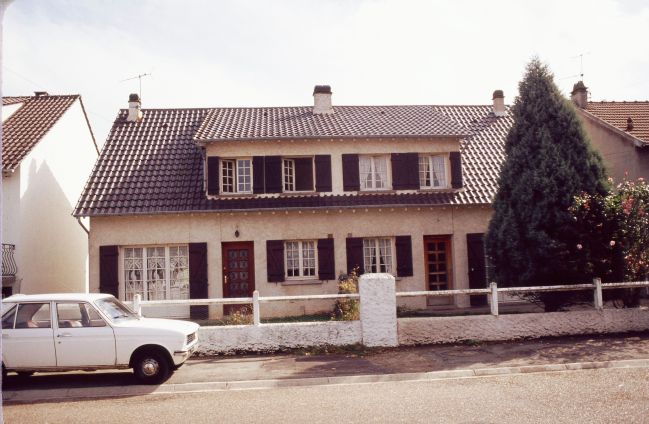 I asked him if he’d received my letter about us seeking to get married in Paris.  The room exploded into excited congratulations about that great news.  Then he replied that no, he’d not received it yet.  And thus began a multiple day odyssey for us as we made trips into Paris to figure out how an American couple gets married there.  To make a long story short, we could have handled the paperwork, and the necessary medical exam (even though the doctor’s were on strike) but the one hurdle we could not overcome was the requirement that we post Banns:

Obviously we weren’t going to be able to fulfill those conditions and would end up returning to the states un-married.  Upon our homecoming we quickly made arrangements to wed at an intimate wedding chapel in Santa Monica, which we accomplished with a small group of relatives and friends about two weeks later.  And then a week or two after that we hosted a large reception at Evan Temkin’s house, a party that featured a champagne cork popping contest and was remembered by most long after the last gift was opened. 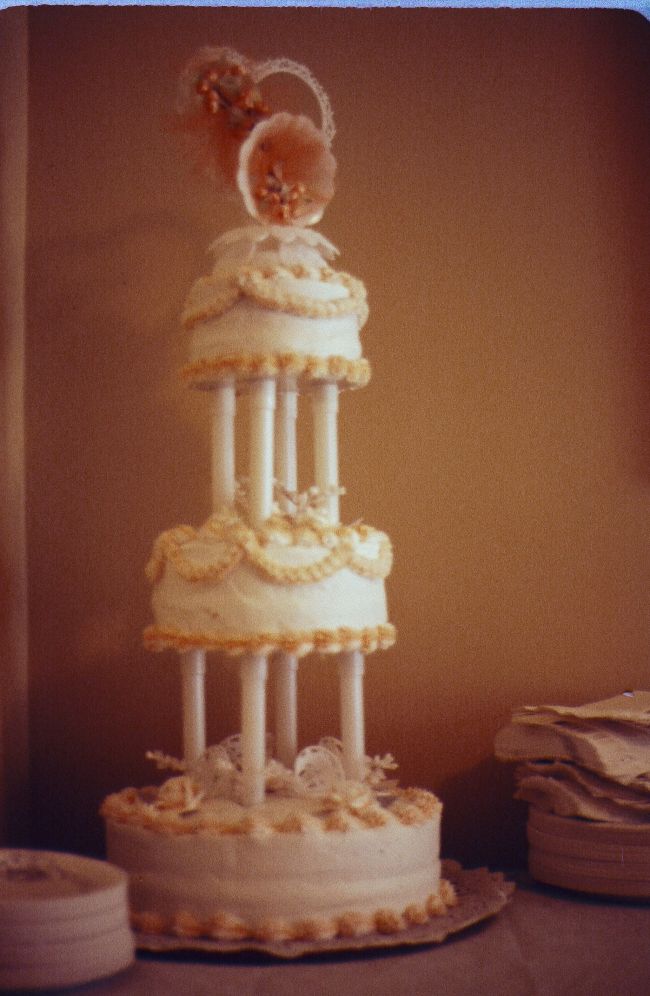 And so we set out to reclaim our lost honeymoon.  First up would be a trip to Munich to take in Oktoberfest.  We had originally thought that Francois could accompany us and that we’d go in his car, but he couldn’t afford the time off nor was the car capable of making the trip.  He did have an acquaintance though in Munich, Agnes Schottner, who he thought might put us up while there.  We set off by train for Munich and made our way to Agnes’ house, who was quite surprised to see us, but never-the-less welcomed us to stay with she, her husband and child at their nicely appointment home in a Munich suburb.  They were used this type of visit as the attic of their house was set up with a number of mattresses to accommodate visitors to town.

My second visit to Oktoberfest and Joanna’s first, our time at the fest grounds would be enhanced by Agnes presence and her insights, as a local, about the event and how it was viewed by Germans.  One thought I do recall was her comment that during fest, many married folks would remove their wedding rings, as it was acceptable during this time live outside of your normal life. 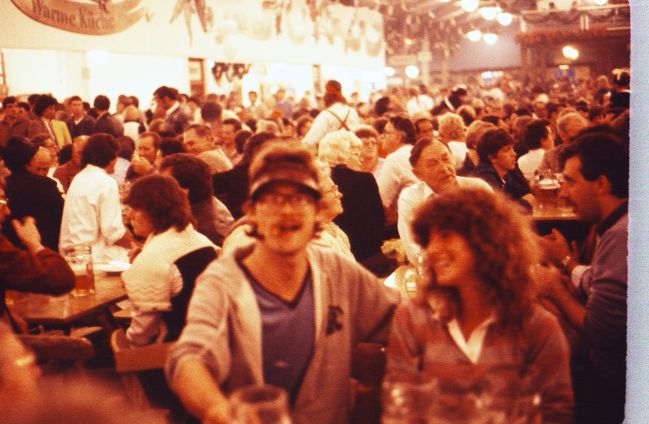 From Munich we would venture north to the small town of Ansbach, where a couple we had met in the States, Cindy and Dave Della-Rovere, lived.  Dave had secured a job with the US Army managing the recreational facilities and programs at the base there and would pursue that line of work for a number of years to come.  After a few days there, they decided to join us for our return visit to Paris and thus the four of us descended upon Francois and Heike.  The last few days of our visit vanished in a whirlwind of tourist type activity and culminated with a late night photo romp through the iconic spots in Paris.  It was a heady time, to be young and alive in Paris with friends, the future before us uncertain, but laden with potential. 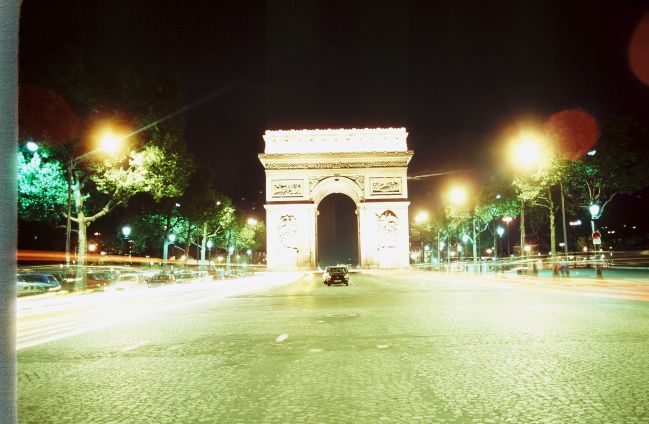 This trip truly formed the basis for a number of relationships that we would nurture in the years to come, and became a unifying theme for us, Europe as the destination to launch our big adventures. 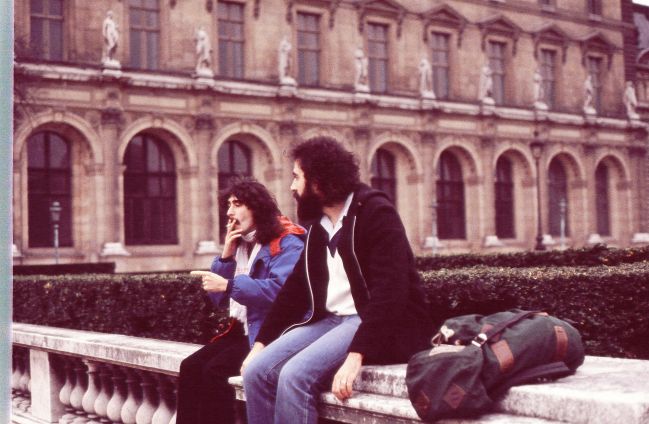