A pleasant day on the train awaited us as we made our way northeast to York.  Able to grab facing bench seats with a table in between, we read, played games and snacked as the train rolled through beautiful English countryside. 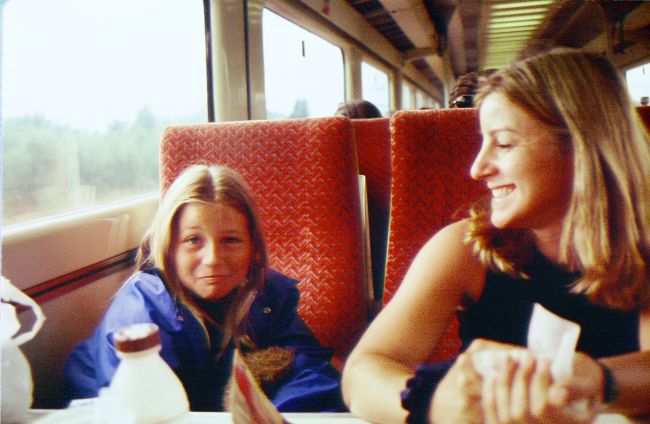 Arriving in town in the afternoon, we made our way to our lodging, the Yorvick Hotel, an accommodation that would fit into a pattern that we would experience that trip whereby we paid more for each stay and received a diminution in quality.  The room was cramped and bursting with furniture, but good enough for our purposes.  Best of all it came equipped with cable TV, which Jessica would avail herself of as a means of escaping the pull of her parents.  It worked out well for both parties.

York is a great town to visit.  Situated where the Ouse and Foss rivers meet, it is rich in historic attractions, many of which we visited during three busy days of sightseeing.  Founded by the Romans in 71 AD, some remnants of that time still exist, including the Roman fortress that lies under the foundations of the York Minster, one of the largest cathedrals in northern Europe and the seat of the Archbishop of York, the second-highest office of the Church of England.  Built over the course of two hundred years and completed in 1472, it dominates the center of York.

York Minster from a Side Street

Much like our trip in 1992 to Rothenbug, city walls built in the Middle Ages surround York.  Near the Minster is the Shambles, an old street, with overhanging timber-framed buildings, some dating back as far as the fourteenth century.  Once the home of many butcher shops, (as recently as 1872 there were 25 in the street) there are none now, but a number still have meat-hooks hanging outside and, below them, shelves on which meat would have been displayed.

After a tour of the Minster we spent some time walking on top of a section of the wall.  Later in the afternoon we would venture to the Merchant Adventurers’ Hall, one of the most important buildings in medieval York.  Built in 1357 it was granted the status of the Company of Merchant Adventurers of York by Queen Elizabeth I in the sixteenth century.  The Hall belongs to The Company of Merchant Adventurers of the City of York and is still used for parties, dinners and special occasions.  This to me is one of the endearing appeals of traveling in Europe, how historical buildings that would be roped off with limited access, are still used every day.

Our second full day was spent visiting the Richard III museum, St. Williams College, the Treasurer’s House, and the York Brewery.  The following day, my birthday, was spent at the Castle Museum (a rewarding indoor recreation of medieval York), shopping for a replacement daypack as a birthday gift, celebratory drinks at a pub and a very good meal in a restaurant at St. Williams College.

Birthday Drinks with the Minster as a Backdrop

Having seen most of central York, our last day was taken up with an outing up to Durham to visit the impressive Durham Cathedral and Castle, one of the great Norman buildings and the burial site of St Cuthbert and the Venerable Bede, author of the first English history. 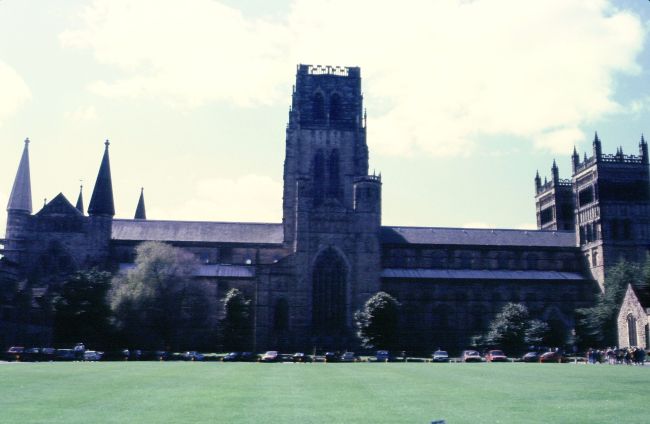 View from the Cathedral Tower

We departed York having thoroughly enjoyed our time there and made way for Blackpool, a seaside town, home to Pleasure Beach, an amusement zone with arcades, fun rides, restaurants and shops.  Our reason for visiting was it is the home of Lynn and Tony Whiteside, sister and brother-in-law of David Kelly, our former brother-in-law.  We’d spend three nights enjoying their hospitality and Lynn would organize a last minute party in our honor that made us feel warm and welcome.

At that time, Tony owned and operated a video game operation in one of the smaller amusement parks and we made a visit late one afternoon and evening, enjoying the rides and the seaside atmosphere. 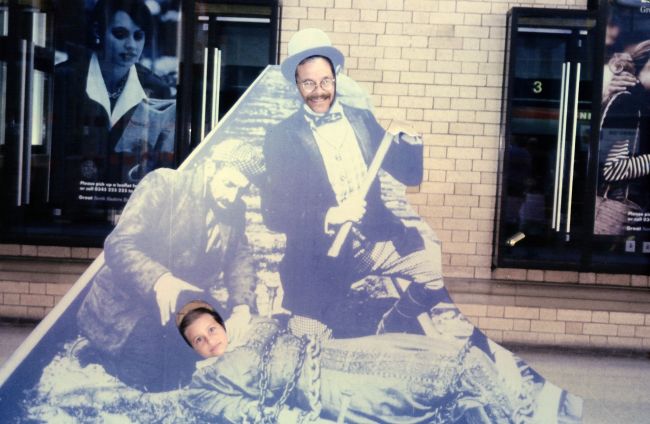 A Father and Daughter Moment to Remember

Most memorable though was our day trip with Lynn and her long time family friend, Jean, out to Windemere, the largest natural lake in England and located in the Lake District National Park, a little over an hour from Blackpool.  The five of us piled into Lynn’s small car along with her dog, which rode with us all the way up and back, nestled between Joanna’s legs in the front seat.

On the Way to Windemere

Our first activity was a hike on a trail that took us out/towards Nicky Nook.  On the way back we happened upon some tykes who engaged us in conversation, if I recall, about the drug activities that had taken place recently.

After a nice lunch at the Hole in the Wall Pub in Windemere, Lynn and Jean took off to do some shopping while Joanna, Jessica, and I rented a small powerboat and took a sail out on the lake. 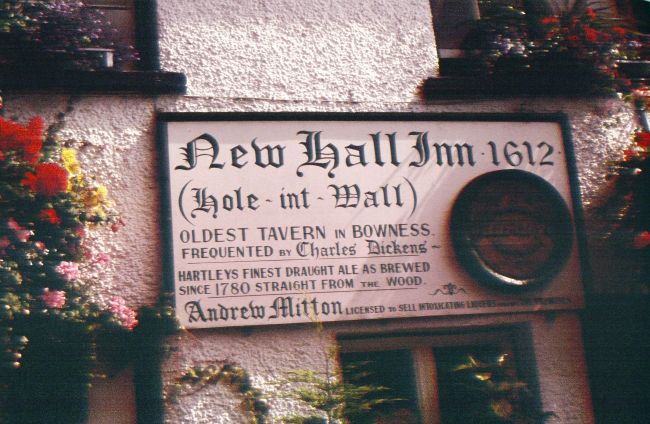 The Hole in the Wall Pub

This jaunt proved to be quite the adventure as Jessica got her first go behind the wheel of anything with a motor attached to it.

Dad though, a veteran of multiple boat trips to Catalina Island while a Sea Scout, managed to beach our craft on top of a rock outcropping out in the middle of the damn lake.  Against an undercurrent of rising hysteria from some of the boat’s occupants, we managed, through a rocking action and some weight shifting; to free ourselves from the rocks grip and pilot for shore. 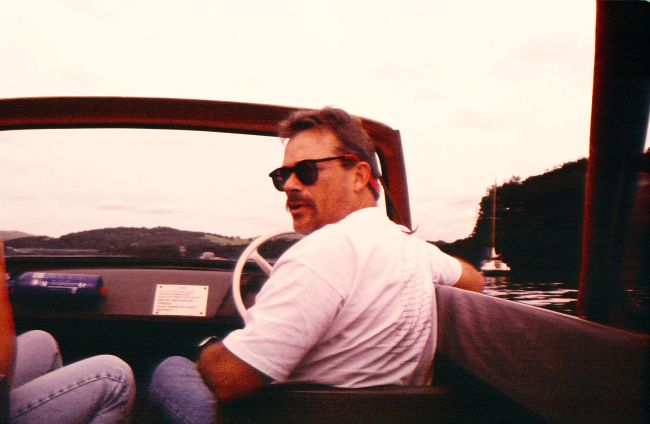 Now is Not the Time to Panic

Meeting up with Lynn and Jean, we started back for Blackpool, exhausted from our day of adventure and yet needing something to revive our flagging spirits.

And what better solution for that then a stop at a pub, where we enjoyed local brews, wine and a hot chocolate, a fitting end for a day of rambling and boating in the Lake Country.