Up early as planned, we grabbed a quick breakfast at the Best Western and were on the road right around our planned departure time of 7:00 am.  We drove west to Lafayette where we turned off onto the I-49 towards Alexandria to start the detour caused by the closure of the I-10 at the Texas/Louisiana border due to the flooding of the Sabine River.

The detour was set to take us all the way up to Shreveport and then back down to Houston but once we got to Alexandria we took off east on State Highway 29 towards Leesville.  All seemed to be going well until we were about 15 miles from the river when we saw signs indicating that the road was closed ten miles ahead.  We pulled over at a corner gas station and I went inside to overhear two women telling the clerk what appeared to be directions on how to cross the river.

They left and I asked the clerk who then gave me, with additional prompting by another customer, written directions to detour us around the closure.  They involved identifying local landmarks, one being the Tidbits and Tackle shop (we never saw it) but we managed to navigate by matching descriptions in the directions with the maps we’d brought with us (best to not always rely just on the GPS).  Our new route took us over the dam, the lake to the right of the road near the top, the river to the left running high, whitecaps across its width, as the flood gates must have been wide open. 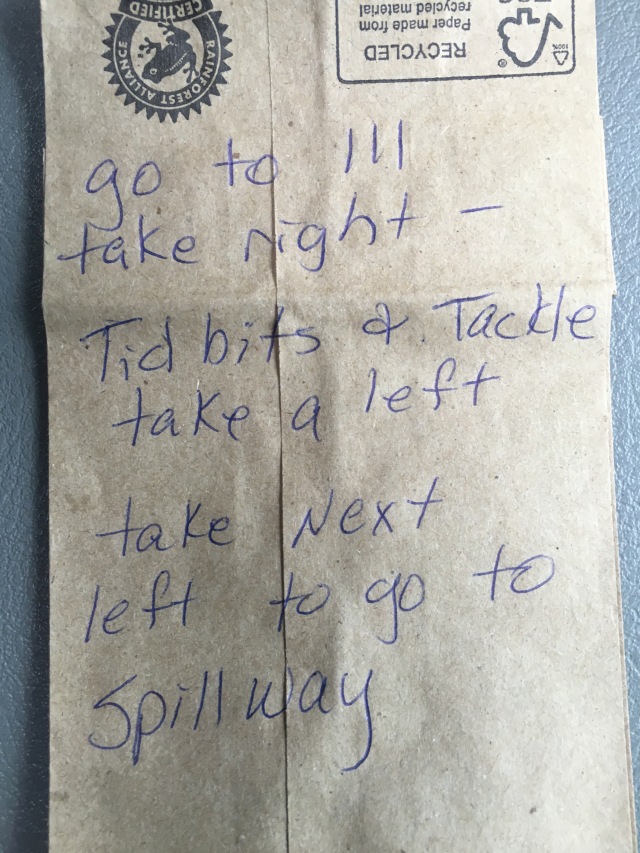 From here on it was just drive time.  We were in Texas now, where the two lane highways we drove on, granted with wide shoulders, featured 75mph speed limits, requiring that you be on the alert at all times.  Joanna took over before we got to Houston and navigated that stretch, fortunate that we were there mid afternoon, sparing us the horrendous rush hour traffic we’d experienced during prior visits.

As we approached Corpus Christi, close to 6pm and having been on the road for eleven hours, we received communication from Stephanie to meet she and Lee at a favorite beer stop of theirs, B&J Pizza to join them in celebrating Lee’s Mothers retirement that day from the University.  A large establishment, business had been good enabling them to expand into the storefront next door, we spent an enjoyable hour unwinding from the road, drinking a few fine craft beers and getting to know Lee’s parents, both long time residents of Corpus Christi, Lee’s home town.

That First Beer of Retirement

Finished, we drove the short distance to Stephanie and Lee’s apartment, a spacious second floor two bedroom in a fairly new complex located right on the bay, with their unit and its balcony featuring sweeping views up and down the shoreline.  Dinner that night would be fresh Red Drum that Lee had caught the day before, grilled up downstairs on the complex’s BBQ, accompanied by roasted ears of corn.  It had been a long but worthwhile day of driving capped by good beer and a simple but delicious dinner.  We slept well that night and prepared for some busy days ahead.

View from the Balconey

The next morning dawned foggy, almost drizzly in nature but given the short time we’d spend in town and some free time before we set out for some adventure, Joanna and I jumped on the bikes and did 20 miles out and back from the apartment to the downtown area.  It’s all flat here so the cycling wasn’t particularly difficult and it made us feel like we were back on the west coast as we peddled along the shoreline.

Corpus Christi is the hometown of the “queen of Tejano music”, Selena and after her murder in 1995 they erected a memorial to her.  We stopped to read the tributes and take a picture then pushed on back to the apartment as the drizzle got a bit heavier, thankful that we weren’t riding longer as we would have gotten much wetter.

We cleaned up and then the four of us departed for Texas A&M Corpus Christi where both Stephanie and Lee work.  A mid-sized campus with enrollment at 12,000 students, the Student Union there was recently renovated and our brief tour revealed a welcoming and well thought out space.  A brief stop in the science building at Lee’s labs gave us some insight into the teaching he does there and not long after we took off for Padre Island for lunch.

Rotunda of the Student Union

It was spring break season and we were expecting the island to be crazy busy, but the overcast weather had damped revelers spirits.  Our destination was a favorite fish joint, Snoopy’s Pier, a well known eatery in the area.  Joanna and I split a half combo plate (2 oysters, 2 shrimp, and 2 fish & fries) and a bowl of the broccoli cheese soup of the day.  As we had already established and would continue to do so throughout the trip, when you travel this close to the gulf, you have to order fish.  It seems that regardless of where you get it, it will always be good.  And this was not an exception.

Done with a busy morning and early afternoon we retired to the apartment and took advantage of the warm temperature, even though it was sill a bit overcast, by heading down to the pool and Jacuzzi at the complex.  A leisurely couple of hours transpired, lounging poolside, sipping on a beer or two and chatting with one or more of the neighbors. 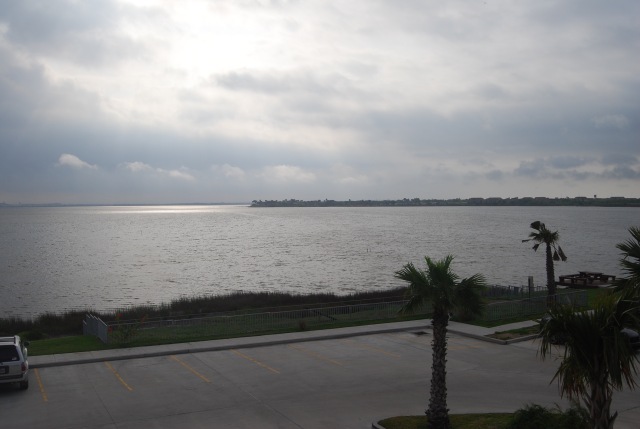 Finished with our lounging, we got dressed and made our way back into town for dinner, heading to an new Mexican joint to try, Acapulco Restaurant on Weber Blvd.  It was crowded when we arrived but we were able to snag a table soon there after and proceeded to order a variety of Mexican standards that were absolutely rock solid and very, very reasonably priced.  I had the Flautas de Pollo, essentially a plate of three chicken taquitos with rice, salad and guacamole for $6.25.  Stephanie had a three soft tacos with varying meats, all excellently prepared, while Joanna struggled to put a dent in a huge portion of Carne Asada.

All in all, the food was quite good, inexpensive and worth returning for.  The only complaint would be the quality of the margaritas, but that would mean one would just drink beer on a return visit.  Still not done for the evening, we ventured to a local BJ’s, ostensibly to get one of their famous Pizookie’s for dessert.  Ambitious as we were, dinner had so filled us up that the best we could do was to drink a beer or two while playing a game of Cribbage, a completion we would carry out through our stay.

By this time Joanna and I were exhausted.  We thought we were in good shape but it was obvious that we were going to have to bring our A game if we were going to hand with Stephanie and Lee.  The big question was; could we make the leap?  The next day would answer that question. 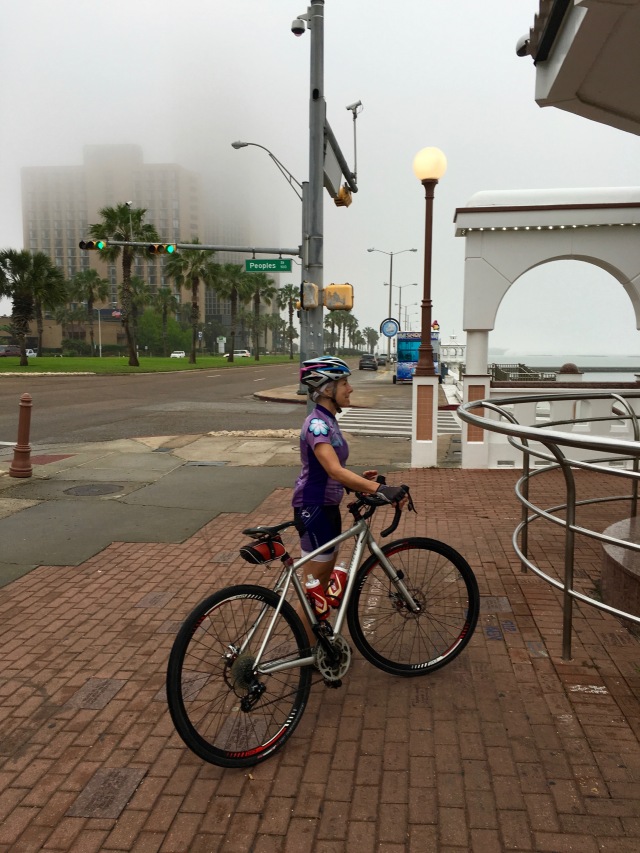