Not content with sitting around the house this spring, we’d planned two distinct outings, the first one of our usual swings out to the west coast to see Jessica and Kris in early May and the second, a weeklong bike tour in June. In early March though we received the news that my dear Aunt Shirley has passed away in Las Vegas and plans were made to attend a memorial service there in her honor. 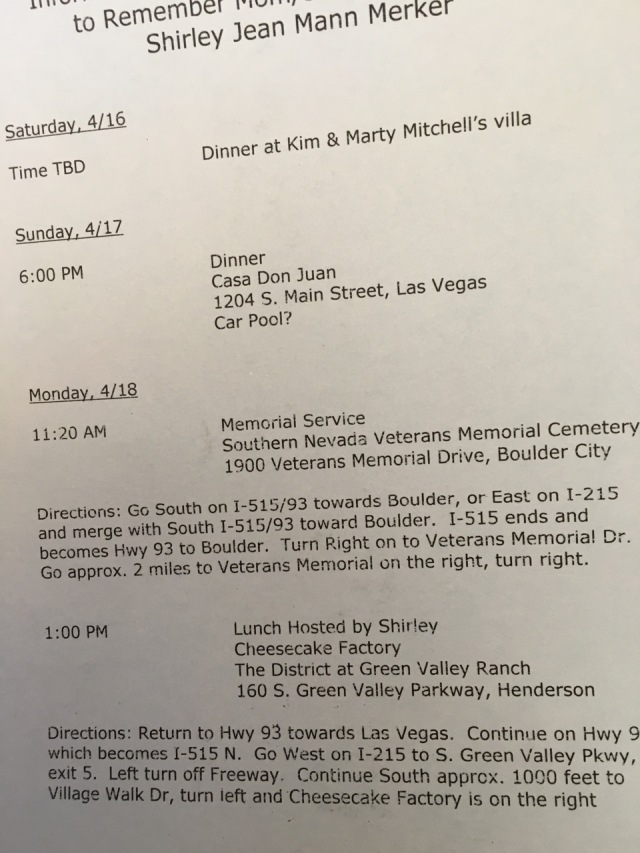 Throughout the years Las Vegas has been the place where my family gathered. Aunt Shirley, her husband Bob, and other relatives on my Dad’s side of the family moved there in the early 1980’s when they retired. For most of them, economics drove the decision including the draw of lower prices (a couple of them moved into a double wide mobile homes on Boulder Highway, four miles from downtown Vegas) and no state sales or income taxes, making their fixed pensions go that much further.

I was 33 when they moved to Vegas, meaning that Shirley live there for as many years during my life as she did in Los Angeles. Thus, when I think of her, my Aunt Ruth, Uncle Dick and Aunt Agnes, I picture them in Las Vegas, the familiarity of pulling off the freeway onto Boulder Highway and making the left turn into the Miracle Mile Mobile Home Park, the Taco joint up the highway we’d visit each time, the reasonably priced food and lodging available close by at the Boulder Station Casino. Once a senior’s only park in what was then the outskirts of town, the intervening years had not been kind, the city leapfrogging south towards Henderson, leaving Shirley in a non-senior park in an area of town that wasn’t so good anymore.

The Outskirts of Vegas Near Boulder Highway

Somehow I deluded myself into thinking that she would just live there forever, that double wide our Las Vegas headquarters, allowing us to see a side of town that few tourists see, rarely venturing from the Strip, or stepping outside of the self-contained environment a casino presents. Waking in the morning to find her already up, watching TV in her favorite chair, free to follow whatever activities we would choose that day.

When my sister Bev called to convey the news of Shirley’s passing, it was expected as she had been in failing health, and yet it hit me that the end of an era in our lives had occurred, and that we could never go back to that time before. A flurry of phone calls settled on a weekend for the memorial service and without much trouble we quickly scheduled a three-night visit to Las Vegas. Beverly would join us along with Jessica and Kris, my Aunt Aggie and Uncle Dick and Shirley’s daughter Lindy and her husband Greg.

Kim and Marty graciously extended a welcome to stay with them at their house in Henderson, meaning with Bev, Jess and Kris in attendance, we’d get to enjoy an unscheduled Mitchell/Mann Mingle, the term we’ve coined for our annual gatherings. We arrived early Saturday afternoon, timing our flights so that we’d land less than an hour apart from Bev and were soon enjoying our first beer of the day in the backyard at Casa Mitchell.

Bev is in the House

And that is where we’d spend the rest of the day, Lindy and Greg arriving later, more beer consumed and great take out Greek food devoured. Sunday brought early morning walks (it was already quite warm), more patio time, and short errands to run. In the late afternoon, we made our way to Lindy and Greg’s hotel to meet up before dinner, introduce ourselves to Shirley’s former neighbors from Canoga Park (pre 1984) and enjoy a drink before heading to dinner at a restaurant we’ve enjoyed before, Casa Don Juan.

Located on Main Street in an older part of town, not far from the historic downtown area, in past visits its surroundings had a rundown feeling to them, but recent gentrification has brought new life to the neighborhood, now known as the Arts District. They serve the type of Mexican Food there that we enjoy the most, reminding us of the style that we grew up eating in Los Angeles. Beef Tacos deep-fried in corn tortillas then filled with lettuce, tomato and salsa. Chili Rellenos the way we like them, poblano chili’s stuffed with a mild cheese, then fried in an egg batter to produce a light, fluffy melt in your mouth experience that begs you to pair it with Spanish Rice and Refried Beans, one bite of each at a time, the flavors blending together, taking you one step closer to your vision of heaven. 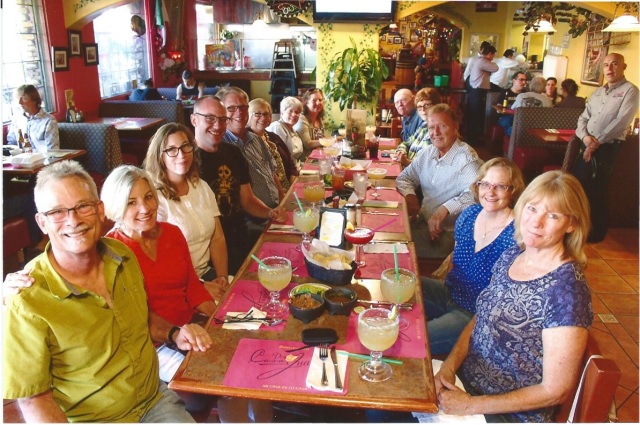 Don’t forget a round or two or margaritas, paired with a table of folks we know and love and, well, you get the drift. We rolled out of the restaurant after a marathon session of splitting up the tab and dehydrated from the effort, a small group of us walked to the next block for a final beverage at a brand new brewery, Hop Nuts, lending to the increasing trendiness of the area. Unfortunately, it being Sunday, they had run out of a couple of their signature brews so we settled for our second choices, enjoying them in the warm evening air under their covered patio.

Aunt Shirley’s service the Monday morning was held a few miles out of town in Boulder City at the Southern Nevada Veterans Memorial Cemetery. We gathered in a large room, somewhat dwarfing our small group, made intimate though by the thoughtful and loving memories we shared of.  We walked out to the gravesite to pay our last respects as her ashes were interred next to Uncle Bob’s, a few more words were spoken and we made our way back to the cars. 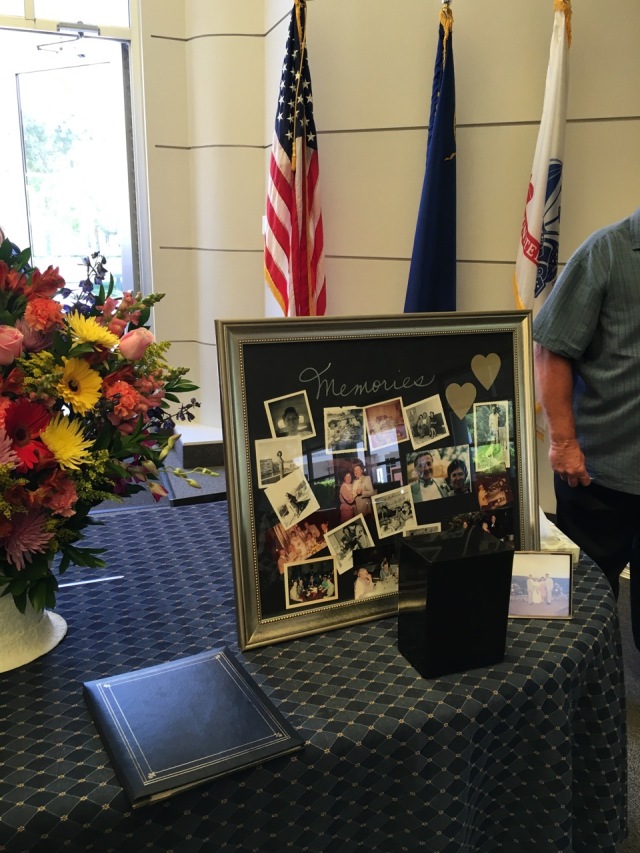 Post service we all met at the Cheesecake Factory near Lindy and Greg’s hotel for a final meal, the living gathering to remember the departed and celebrate the time remaining for those of us left behind. These rituals, carried out in so many ways by different cultures I think encapsulate this dilemma, how best to honor the dead while reminding us, even celebrating in some fashion, that we are still here and must carry on.

At the end of lunch a few folks departed for home, others went to the Strip to see the sites, while some, including myself, sought a quiet place to reflect. Tuesday morning rolled around and saw Beverly, Joanna and I make it to the airport for the flights home, a quick and unanticipated reunion, a sorrow that brought us together to remind us of the value of family and the joy of living. We’ll return to Vegas and life will go on, but it will never be the same. But that is life, isn’t it? We can’t bring those times back and instead must rely on memory to remind us of just how good it was and how much we took it for granted. Time to get busy and make new memories. 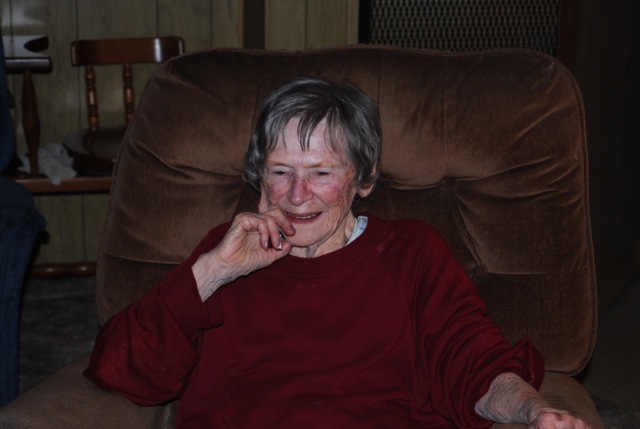