We would change things up on Tuesday as Jim was leaving for home and I’d be moving to an Airbnb rental on Spruce St near 18th, just around the corner from the Monk’s Café.  Having arranged for a late checkout, Jim and I pulled away from the hotel at 1pm and I drove him out to the airport, doubling back to town to check into the rental in time to make a conference call back to campus at 3:30pm. 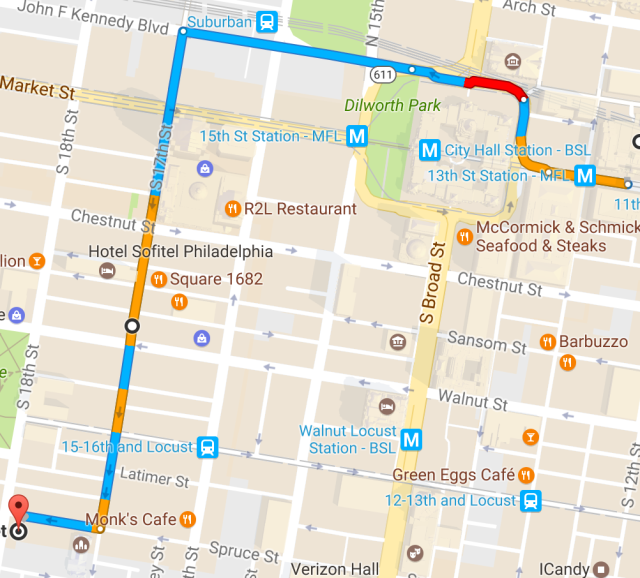 All went smoothly until I arrived at the rental and tried to find a place to park.  The listing had touted that street parking was available with convenient long-term parking close by.  Two stressful hours later, I was safely lodged in the unit, Joanna having arrived while I was out dealing with the car but locked out of the apartment.  Here is my review for Airbnb on the unit:

This unit was pretty much as advertised with a great location and ease of access to many things to see and do in Philadelphia. However, do not underestimate the difficulty of parking here if you have a car. The blocks surrounding the property are all two-hour metered and homeowners with permits occupy most spots.  Should you find a spot (I did two blocks away, ostensibly to unload the car before moving it to a parking lot off-site) the meters are expensive, 25 cents for six minutes. I didn’t realize this and had little change in the car, and nearly ran to a market to get more quarters, hoping I wouldn’t get ticketed. 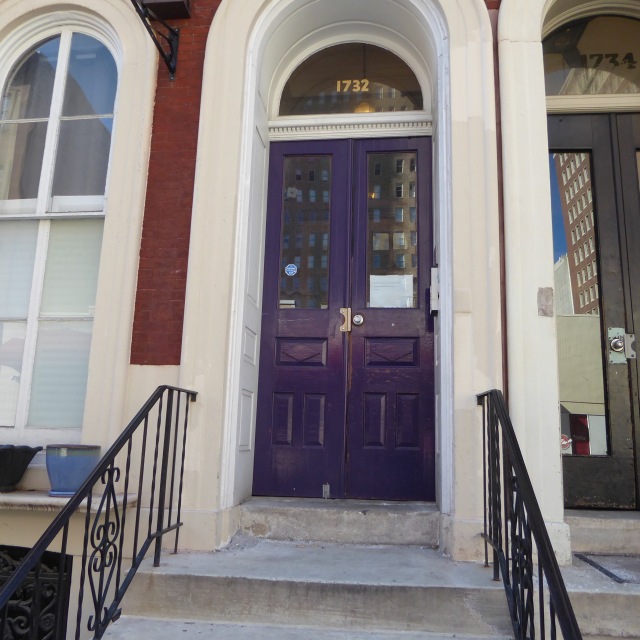 I did find a long-term solution about a mile away with a rate of $60 for the three days I’d leave the car.  I drove there and entered the lot only to find it was not staffed, a big problem as I was required to leave some proof of having paid in the car, something I didn’t have as I had booked on line and did not have access to a printer.  I tried calling the web site where I’d made the purchase and they advised to contact the owners of the lot.  That number just led to a voice mail.  I left a message, walked out to the street and called Uber for a lift back to the apartment. 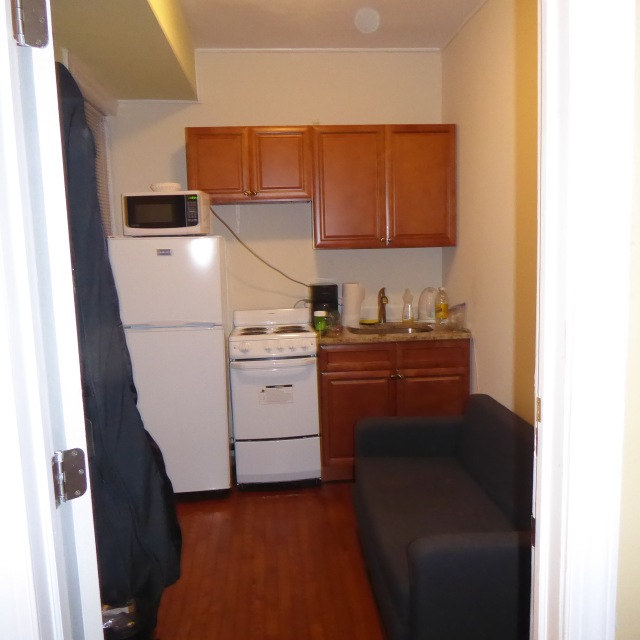 By this time, I’d missed the conference call, or so I thought, when as I piled into the back seat of the car my phone rang and it was the folks in the meeting calling me.  So, as I rode the short distance, which in heavy Philadelphia traffic took over twenty minutes, completed the call and finally arriving, let Joanna and myself into the unit.  While I did some unpacking she ran over to an office supply store to print out the parking proof, took it to the car and then walked back.  We had just a few minutes to touch base, refresh, and then head over to Monk’s Café to meet with Shawn, Susan’s husband and our good friends from Charleston. 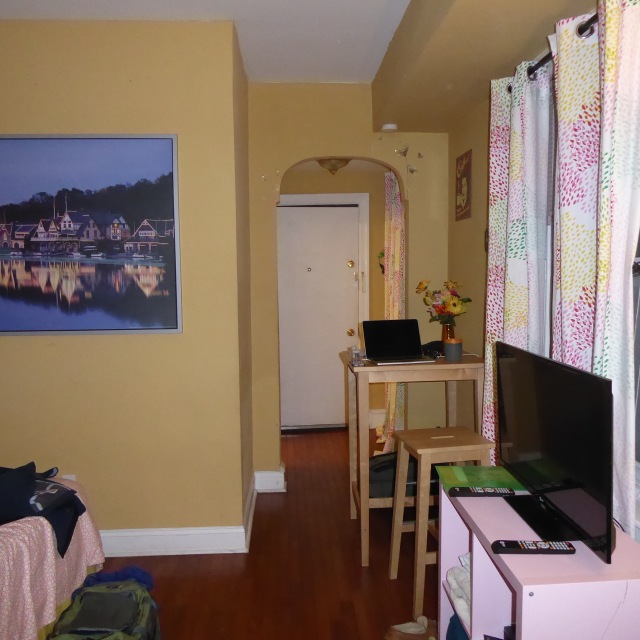 It’s always nice to return to a place you’ve enjoyed and the prospect of diving deeper into the beer list there, particularly after the vexing afternoon I’d experienced, was exactly the remedy I sought.  Shawn had arrived earlier, by about one beer, so we joined him at the back bar, which got increasingly crowded during the hour or so we were there. 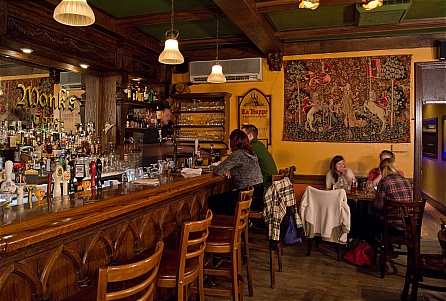 Determined to delve into the Belgian offerings I started with a De Ranke Guldenberg, an 8% blonde Tripel dry-hopped with Hallertau Mittelfrüh hops that gave it a soft-bitter taste and aroma, very refreshing.  I finished with a classic Chimay Grande Reserve, a dark 9% dark ale with a delightful aroma and complex flavor.  We settled our tab and took off with Shawn to meet Susan and another friend, Kathy at our dinner choice for the evening, Morimoto, created and owned by Masaharu Morimoto a Japanese chef, best known as an Iron Chef on the Japanese TV cooking show Iron. 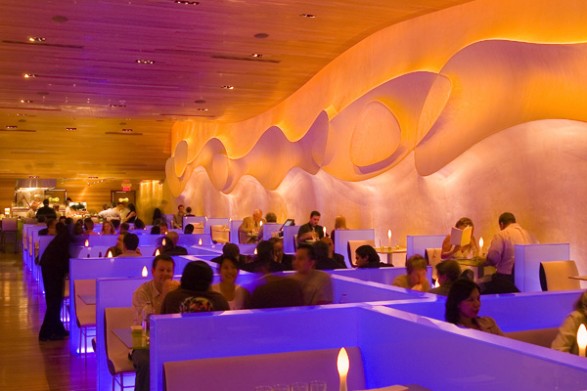 This is a stunning looking facility, modern clean lines and curved surfaces, extensive use of plastic and wood, carried throughout, even downstairs in the restrooms.  One interesting element of the ambience is that the lighting, which includes primary colors and is incorporated into the seating, changes regularly.  Seated, we ordered drinks, Joanna a Karai martini with Smirnoff vodka, micro cilantro, and jalapeño (incredibly refreshing) and I a Sapporo beer.  For a starter, we shared the 10-hour pork ‘kakuni’ braised pork belly with hot rice porridge (savory and unlike normal pork belly, less fatty than usual) and a California Roll Sushi. 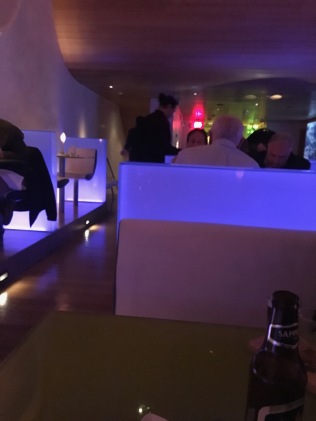 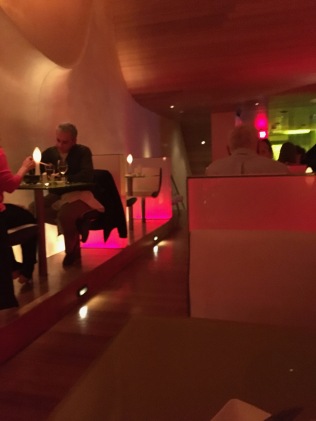 Our entrée, recommended by Susan and Shawn, was the Ishi Yaki bop a rice dish prepared at the table in hot river stone bowl, ours with king yellowtail.  This was a dense serving with seared tuna, the rice crispy along the sides of the bowl, a large enough service to satisfy the both of us given the starters we’d consumed. 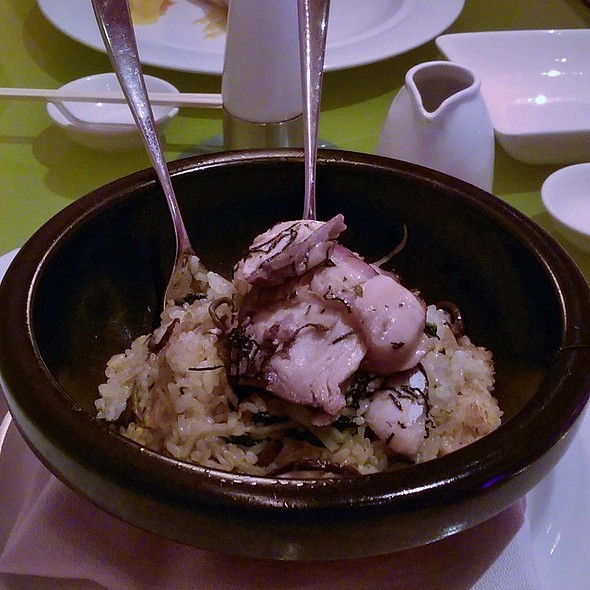 It was a fine meal, a bit on the pricey side and yet given the overall experience, well worth the cost.  We walked back to the apartment, a pattern we’d develop in our remaining time, walking just about everywhere, getting in nearly five miles each day.  Temperatures had moderated a bit and it wasn’t uncomfortable out, a nice chilly counterpart to the warmth one’s body creates when walking fast.  Little did we know it would turn bitterly cold the next day, with a cutting wind that hit any exposed skin.  But that was for tomorrow.  Today, even with its rough start, had been a good one. 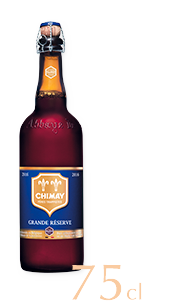