As planned, we were up, packed, and making coffee during yet another peaceful and beautiful sunrise on the balcony of our room.  At breakfast at 8:20 we sat outside as we had done during our stay, a delightfully pleasant morning for dining, finally succumbing to the entreating of the wait staff to order omelets, which came out perfect made.

We settled up with Marco, paying for the room by credit card and being compelled by him to settle up our three nights of meals and those first two beers, 130 euros, in cash so he wouldn’t have to report the income and thus could dodge paying taxes on it. 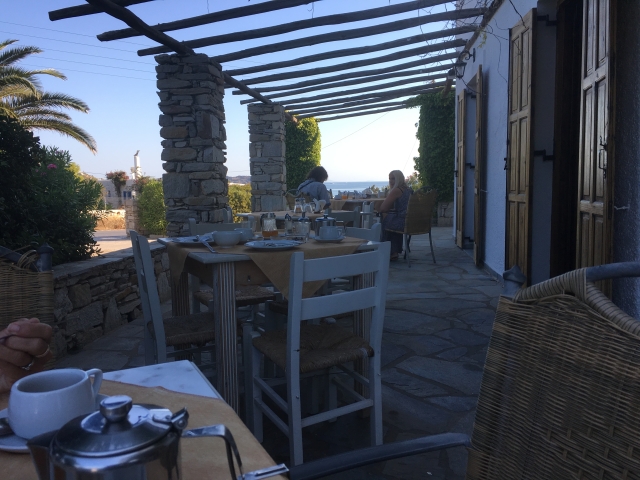 Breakfast on the Patio

We bade farewell to Swiss Home a with mixed emotions about our stay and drove into Parikia, finding a parking spot right at the harbor and met the rental car representative, handing him the car keys and then hauling our bags over to the shelter at the harbor to wait for the ferry.

Where We Parked the Car

We were set to sail at 10:45 on the Blue Star Delos, or so said the ticket stapled to the back of our ticket (remember the mix-up of a day earlier?) and being a bit early, got a place to sit at the front of what would be a long line.  While Joanna held our place, I made a quick dash to one of the shops to pick up a last-minute souvenir, then returned to await the arrival of the Delos.

Jenny Manetta Was Here, Note the Staple in the Upper Left Corner

The line behind us began to get longer and soon a ship approached and as it docked we noticed that it was the Blue Star Naxos.  Having checked that ticket so many times we knew this wasn’t our ship, but it was sure docking close the time when ours should have been.  Soon folks started boarding and after the line cleared and departure time began to approach, we became concerned.  I approached a guard and asked about the boat, he said the Delos would come later that day. 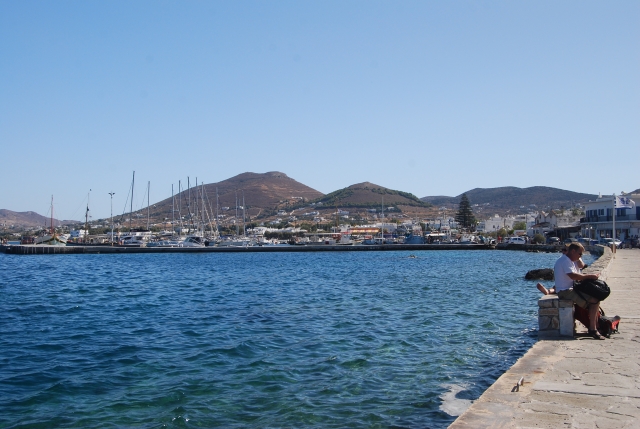 Waiting at the Harbor

It was then that I turned the ticket around and to my shock discovered that we were to sail on the Blue Star Naxos, the boat sitting right in front of us.  Boy, did we move fast then, making a break for the boarding ramp, hustling up it and dropping our bags with the rest of the stacked luggage, then ascending to the upper most outside deck to try to find a seat, as none appeared to exist  given that we were now officially, almost the last ones to board the boat.

Damn that Jenny Manetta!!  Counting our blessings that we had made it on and were sailing for Athens at the appointed time, we scoured the deck until we could locate a couple of individual chairs that we dragged to a shady spot where we spent the next four hours sailing the Aegean Sea to Piraeus. 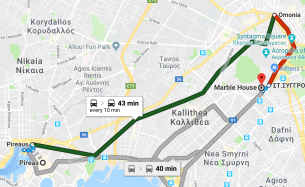 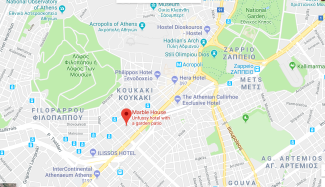 After docking, we collected our luggage and having made the journey recently, confidently returned via the metro to our lodging for the next couple of nights, Marble House, located on the back side of Filopappou Hill (which overlooks the Acropolis). 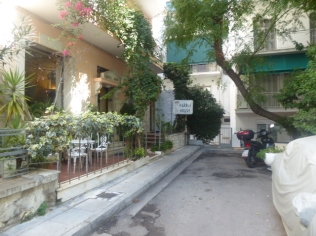 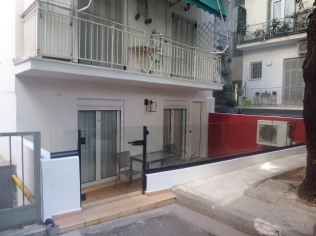 We had originally considered staying at Hotel Phaedra again, but they were booked and as a result, we settled on Marble House as it was actually less expensive.  When I called to make the reservation, I was informed that all of the rooms in the main building were sold out, but she did have a guest cottage next door we could rent for 65 euros a night and so we took it.  And at 10 euros a night less than the Phaedra, once we saw the premises we were glad we did. 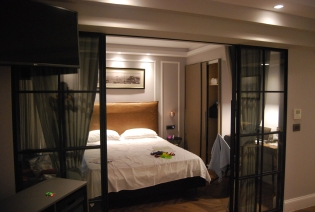 A patio entrance greeted us and once inside we found what is essentially a one-bedroom apartment, all newly furnished and finished with Ikea products, not the last time we’d see this treatment on the trip.  We dropped our bags and I went back out in search of a market, which I found a couple of blocks away.  There I stocked up on breakfast food and enough wine and beer to hold us for the rest of the weekend, particularly as we couldn’t be sure about what would be open the next day, Sunday.

Later, we walked around the corner to dine at a place I’d noticed on my walk to the market and which had received good reviews in Trip advisor, Dio Dekares Oka.  We were greeted warmly by the wait staff and the farewell we received from the owner was equally engaging.  Here we had the meal I described in my last post in the Trip Advisor review.

To recap, it was Toasted Rustic Bread and a Spiced Feta Cheese appetizer, a large stuffed tomato that we selected after checking it out in the buffet display case and a good-sized portion of char grilled chicken in a mustard, ham and mushroom sauce with potatoes.

Our Jug of Wine 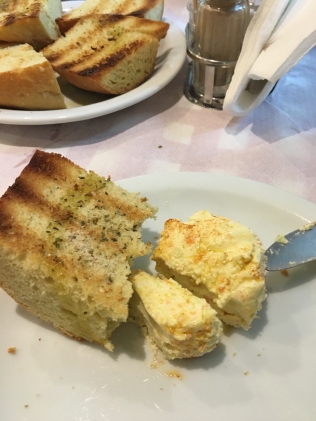 Along with a half-liter of house red wine the total tab was 25.5 euros.  The food was delicious, and it was nice to have our faith in reasonably priced Greek food restored.

We spent a quiet evening in our little apartment watching a television as the cable service provided a couple of stations in English allowing us to relax so we’d be up for our last day in Athens the next morning.  We’d be sad to leave Greece but the prospects of getting to see Francois in Montpellier on Monday pushed any regrets aside.  It was time to move along and start the next phase of the journey. 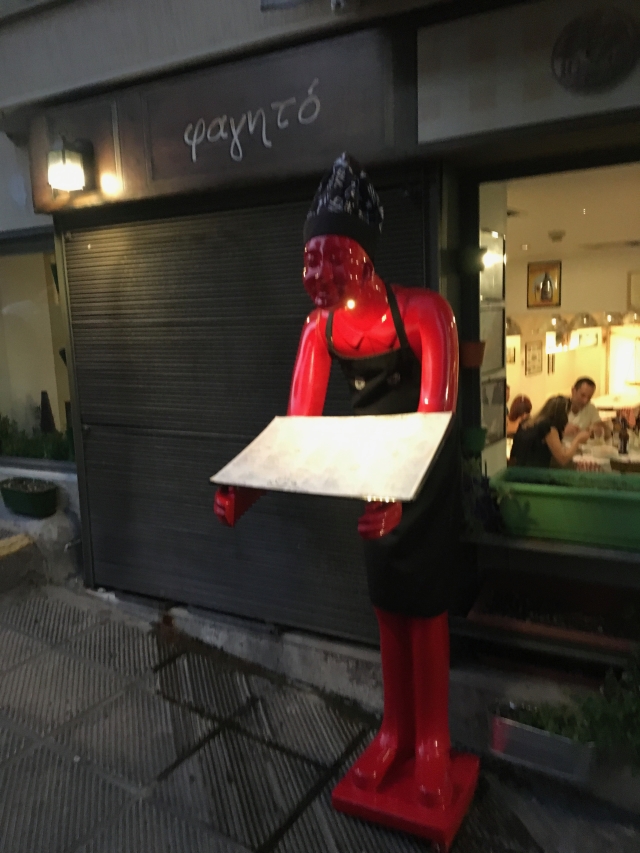 The Food is Fine