With a ten-hour drive ahead of us to get to Meadview, Arizona and our stay with my Aunt Agnes (Aggie) and Uncle Dick (Jim to his friends; it’s a long story, my family’s penchant for nicknames.  We won’t go into it here), we got up early, broke camp quickly and were on the road by 7am.  Without realizing it, we’d get lucky later as we’d gain two hours (one time-zone hour and one daylight savings hour as Arizona doesn’t observe that quaint custom).

We were looking forward to spending some time with Dick and Aggie as we’d not done so in quite some time.  He is my oldest living relative, a young eighty-six years old and the two of them, although as older folks they must contend with a myriad number of health issues, remain upbeat and engaged in the fine art of living.

The House in Meadview

We pulled in later in the afternoon and fell into a familiar pattern, revived by a beer or two we jumped into their car to make the short drive to the VFW hall for a couple of cocktails.  Like the Elks, Moose, or Masons, in a any small town this place is the lifeblood of the community.  Aggie mentioned should any need for help or assistance arise, one call to the VFW would bring an appropriate response. 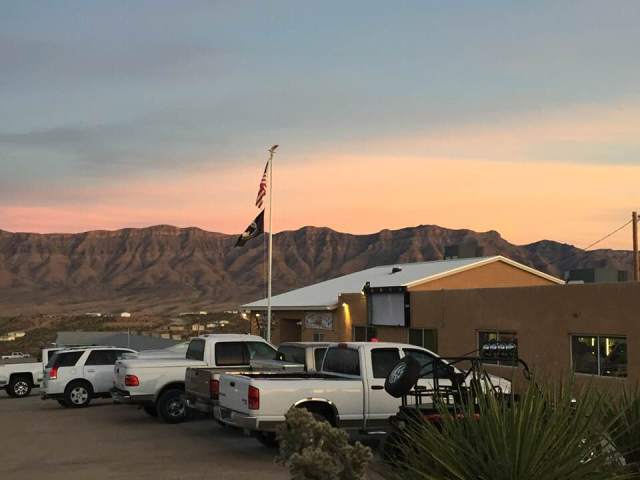 The evening was spent catching up on and getting up to date and a good night’s sleep found us ready to explore the next morning before we took off for Henderson.  Dick and Aggie have a fairly new Honda Ridgeline and with all things Honda, we came away impressed with the attention to detail that company pays to the design of the esoteric elements of car ownership. 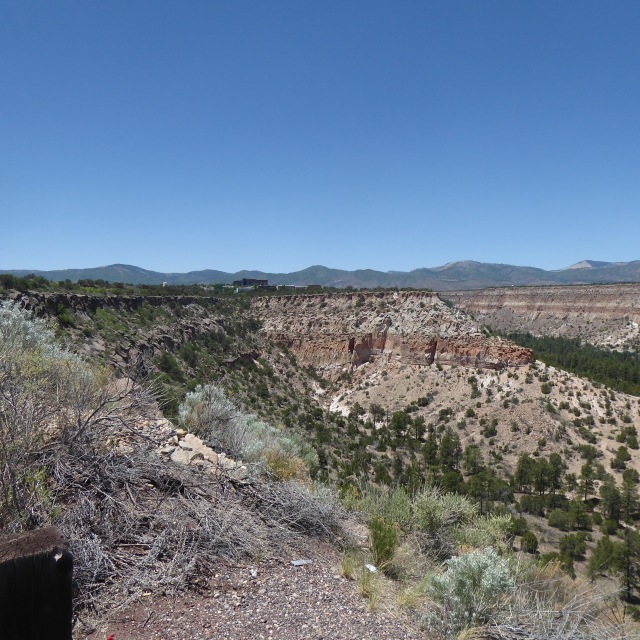 Although the town of Meadview doesn’t have an actual view of Lake Mead, it’s just a couple of miles away and we spent the balance of the morning driving out to various points of connection with the water, a boat ramp here, a view point there, and finally a pull-out for the many raft trips that ply the Colorado River.  It was a pleasant way to get an idea about the area, one we came to find much more attractive than we did the first time we visited a couple of years ago.

Boat Ramp on the Lake

The desert has a mystical attraction; at first glance its bleakness, lack of vegetation and discernable landmarks is off-putting.  But after a bit of time it begins to grow on you, subtle color changes in mineral laden hillsides, lengthening shadows bringing definition to canyons and arroyos, and hardy plants that somehow manage to find a way survive in a harsh and unforgiving climate provide a context for the discerning eye. 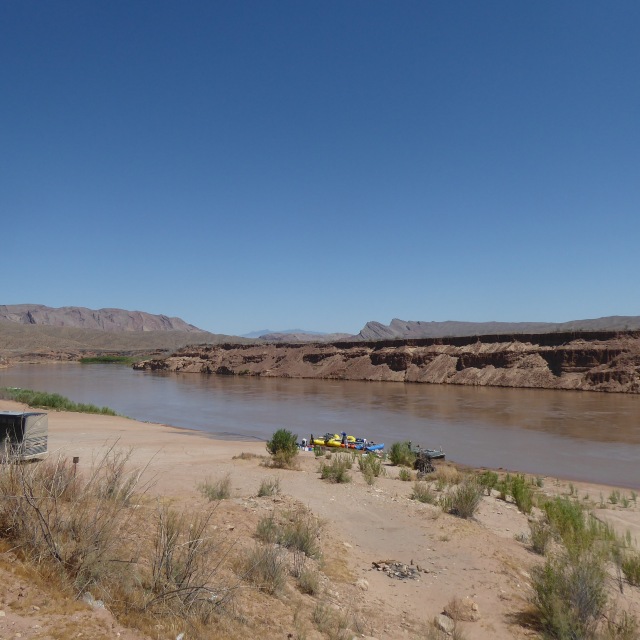 Pull Out for Rafters

We returned to the house, loaded up our car and bade farewell to Dick and Aggie, not sure when we would return but sure in our hearts that we would.  It’s a short drive to the Kim and Marty’s in Henderson, less than two hours and once off the freeway we easily found our way to their place, multiple visits the last couple of years bringing a familiarity with the area that made it almost feel like home.

If you are lucky in life you encounter folks like Kim and Marty; easy to be with, fun to be around, generous and unpretentious, great people to travel with, sharing our love for adventure, good food, and various types of adult beverages.  And bonus time, we’re now related by the marriage of our kids.  Sometimes it just doesn’t get any better.

We had a small gathering that night with their good friends Brenda and Ken and a younger couple, the wife a school teacher and the husband working at Marty’s business.  We feasted on grilled salmon (with a very good lime-based marinade we’d use a week later) and chicken skewers with a number of side dishes that proved too tempting to stop at just one helping.  A number of gin and tonics were consumed (too be a theme for the next couple of weeks) plenty of craft beer.

Whisk together the lime juice, olive oil, mustard, ginger, garlic, cayenne pepper, and black pepper in a bowl, and pour into a resealable plastic bag. Add the salmon steaks, coat with the marinade, squeeze out excess air, and seal the bag. Marinate in the refrigerator for 1 hour.

Preheat an outdoor grill for medium heat, and lightly oil grate. Remove the salmon from marinade and shake off excess. Discard remaining marinade.

Grill until the fish flakes easily with a fork, 5 to 10 minutes per side depending on thickness.

With not quite a month into the trip we’ve covered a lot of territory, survived an encounter with a nasty stomach bug and looked forward to getting a clearer picture of the true condition of my knee.  This stop signaled what would be a long stretch of visiting family and friends, about a month with just a few breaks.

This part of the trip would be both rewarding and vexing; just a few days to ourselves offset by the joy of spending time folks we’ve known a long time and love a lot.  Much food and alcohol would be consumed, and we’d need to recover in July.  But what fun we were going to have.

Bend in the River