How many times have we traversed I-5 through the Central Valley?  Too many to count; recalling those early days when no services were available except for a lone gas station or two until the first real restaurant appeared at the Harris Ranch.  We haven’t stopped there to eat in quite some time, usually opting to take advantage of one of the two In-N-Out’s along the way, which we did this day, hitting the one in Santa Nella. 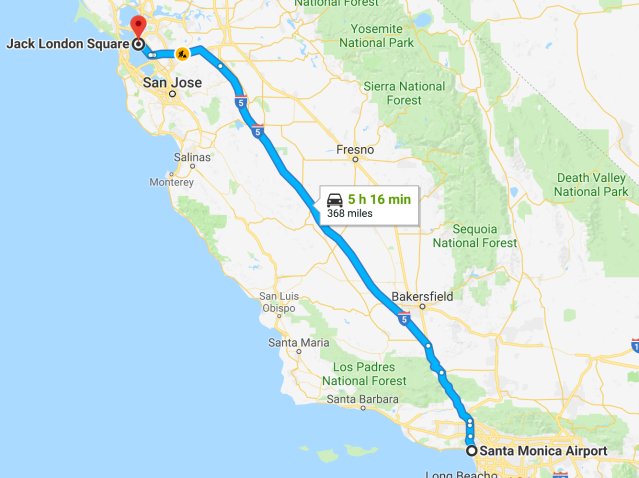 This one not as crowded as the one in Barstow the week before (yep, we were determined to eat one burger a week) and we enjoyed our second go at this concept, savoring it as much as the one before.  Traffic was manageable as we drew closer to the city until we got within a few miles, then it backed up, a near constant factor on the crowded freeways of the east bay. 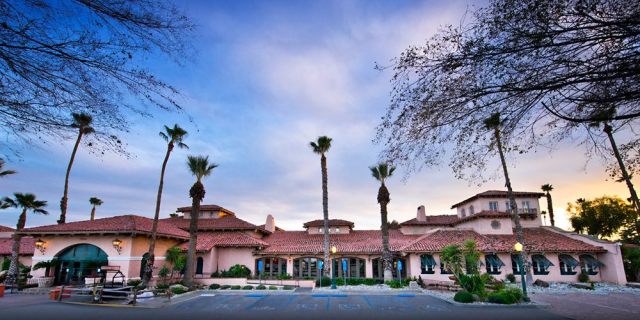 We unloaded the car and transported our gear and bikes up to the apartment, then returned to find a place to park only to discover that since our last visit with a car, October of 2016, the city (likely at the petitioned request of the residents) had implemented permit parking (permit F) that restricted non permit holder to just two hours between the hours of 10am and 5pm, Monday through Friday. 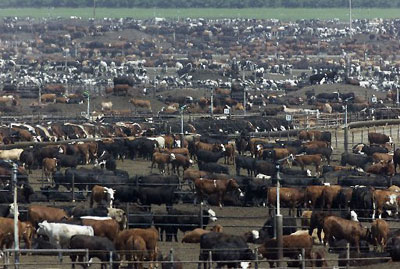 Harris Ranch Feed Lot (Hold your nose as you pass by)

Our first thought was that Jenny Manetta must be now serving on the city council, but discarded that notion as highly unlikely and thus began what would turn out to be roughly and hour’s search for parking.  After circling many blocks, we concluded that the ‘F’ zone was immense and that street parking during weekdays would be out of the question and after scoping out at least five parking garages, settled on one with overnight parking at the corner of 19th and Franklyn that would only run us twenty-three dollars a day. 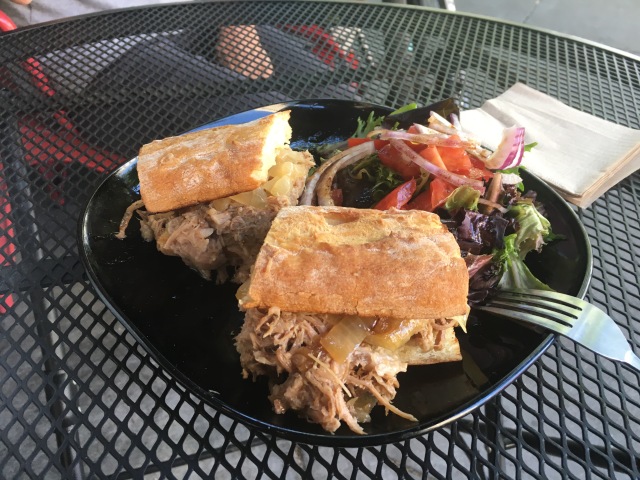 We walked the nine blocks back to the apartment and not much later Jessica and Kris arrived to order us Thai Food takeout that made up for the parking drama we’d experienced earlier in the day.  While they went off to work the next day, we enjoyed a routine Oakland Friday, taking in the farmers market off Broadway, scarfing down one of those great pork adobo sandwiches at Café Gabriela and returning to the apartment to make a dinner of yellow and red bell peppers stuffed with a Mediterranean spiced ground lamb with feta cheese melted on top.

Faithful followers of this blog will note our penchant for lamb and bell peppers.  Here is the recipe:

Slice bell peppers in help lengthwise through stems (retain stems) and remove seeds.  Place halves, cut side down, in a 12 X 17-inch baking pan.  Bake in a 450-degree oven until lightly browned and tender when pierced, 12-18 minutes.

Meanwhile, in a 10-12-inch frying pan over high heat, stir onions, garlic, thyme, mint, and rosemary in olive oil until onions are limp and beginning to brown, about 5 minutes.  Add ground lamb and 3 tablespoons lemon juice.  Stir until lamb is browned and crumbly, 2-3 minutes.

Cook rice per instructions on box until done, then stir in parsley.

Turn pepper halves over; fill each with about 2/3 cup of lamb mixture.  Sprinkle feta cheese evenly over filling.  Bake until cheese is slightly melted, 3-5 minutes.  Transfer peppers to a platter. 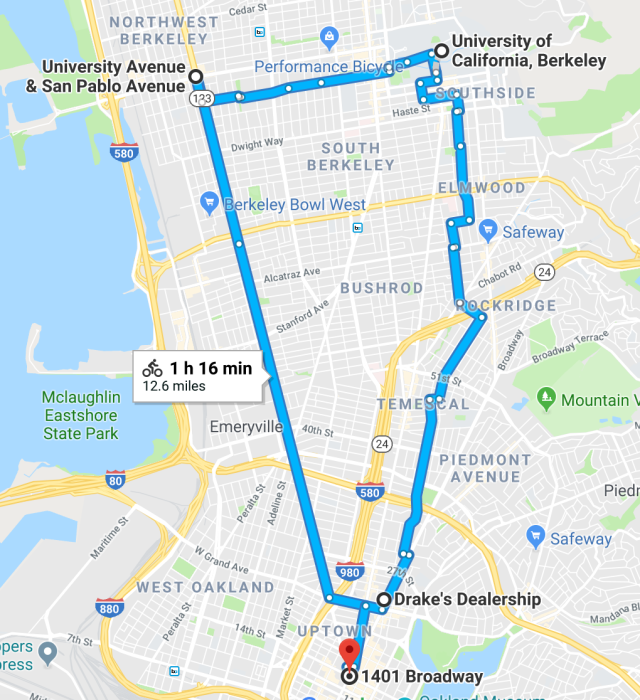 The next day while the girls went off to a facial appointment (Jessica’s birthday gift to her Mom), I took off on my bike to ride up to Berkeley, following uncrowded “bike boulevards” all the way to University Blvd, where I hung a right and rode up the gentle incline to the hills of town and the campus known far and wide as Cal. 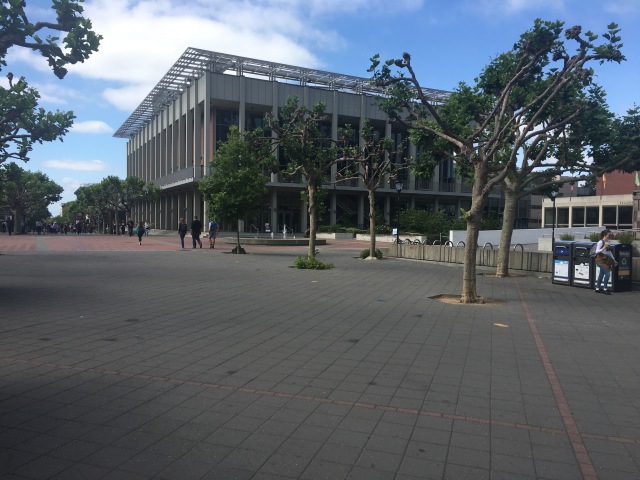 The Union at Cal

Many years ago, I was a finalist a couple of times for the Executive Director position at the Student Union there and although having missed out, have always had a fondness for this quirky outlier in the pantheon of Union’s.  Year after year the students of Cal refused to countenance a fee to improve the dismal state of their building and its supporting infrastructure. 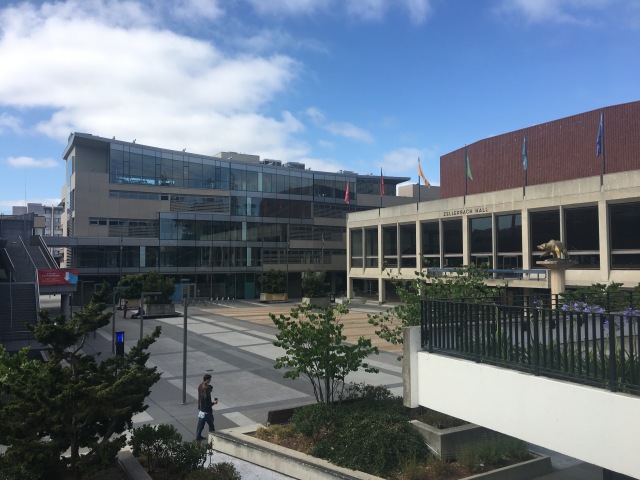 The New Plaza at Cal

In addition, it sat on the extreme north edge of campus, right on Telegraph Avenue and attracted various numbers of the homeless; some charming, some unwashed and some communicating in an alien language not yet translated here on earth.  The political winds eventually changed and after one of the adjacent buildings was declared seismically unsafe, the greenlight was given to build a new one and renovate the old Union. 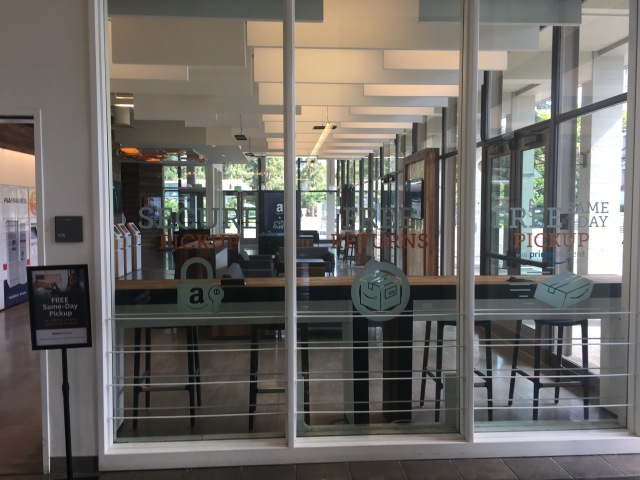 Of course, I wanted to drop by and check it out, and finding it open brought my bike inside to check out just the first floor.  It looked good, a modern updating of a tired 60’s era building with an interesting addition, the conversion of an old computer lounge into an Amazon shipping and receiving station, replete with a bank of cool looking lockers that appeared to deliver and accept packages from and going to Amazon.

I saddled up again and made my way back to Oakland, navigating by whimsy and the experience gained by having traveled these roads many times before.  I detoured to Drake’s Dealership to meet up with Kris and James who were getting haircuts at the barbershop across the courtyard, and then rode back to the apartment ready to begin the rest of the day; a trip to Jupiter and then a night of recreating the infamous fried pies we’d enjoyed in Sikeston.  Stay tuned for that outcome. 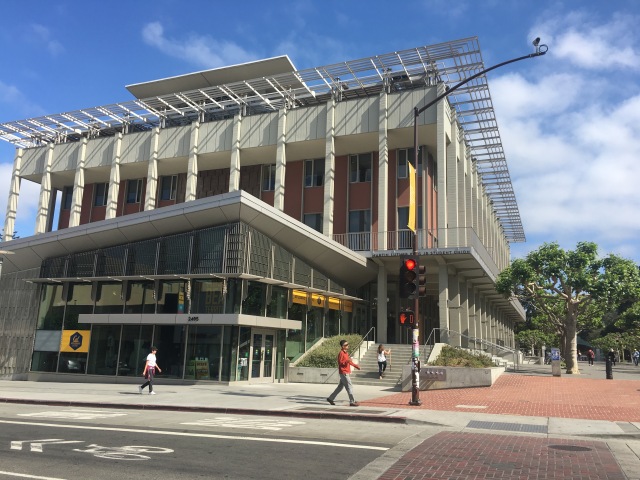 The Union from Telegraph