Up early the next morning, we hopped in the car and began our long days drive.  All things considered, it was an easy drive, mostly interstate but through some pretty remote areas of the country.  We hit a McDonalds for breakfast given few other choices (for the record, I can’t understand why this chain is so reviled and there is nothing like an Egg McMuffin for breakfast) and pulled into the outskirts of Lafayette in the community of Carencro at the Bayou Wilderness RV Park to join the tour.

The bulk of our camping during the tour would be in RV parks similar to this one, with generally decent facilities and flat camping sites.  We set up our tent on the edge of a deep green swamp, with numerous Cypress trees providing a sharp contrast to the hazy water below.

Soon thereafter we gathered for the group meeting where we met the leaders and other tour participants, received an overview of the days ahead and then broke for dinner.

Our New Tent in Camp

While not quite as memorable, this tour would feature an imaginative and well-cooked variety of meals, all tasty and filling.  The caterer also provided the beer and wine at $3 a serving.  I just kept track of our consumption and dropped a $20 bill into the jar at the appropriate time.

What really makes this type of tour is the other participants and our group, a wide-ranging assortment of folks from all over the United States and three from Canada, would ensure interesting conversation and interaction throughout our time together.  Our first day on the bikes would be a short one from a mileage perspective, just 24-miles and would feature a full immersion in the Acadian Culture. The first stop, just ten miles or so in was the Vermilionville Acadian Cultural Center.

This is a is a Cajun and Creole living history museum with ten restored historic structures, including Maison Mouton, a reconstruction of an 1810 basic Acadian house with a detached kitchen, L’École a reproduction typical of 1890s schoolhouse architecture, and Maison Broussard, a 1790 French Creole style.

I Will Not Speak French

In a number of the houses, docents dressed in period costume gave demonstrations of typical crafts of the region or spun colorful tales about its history. 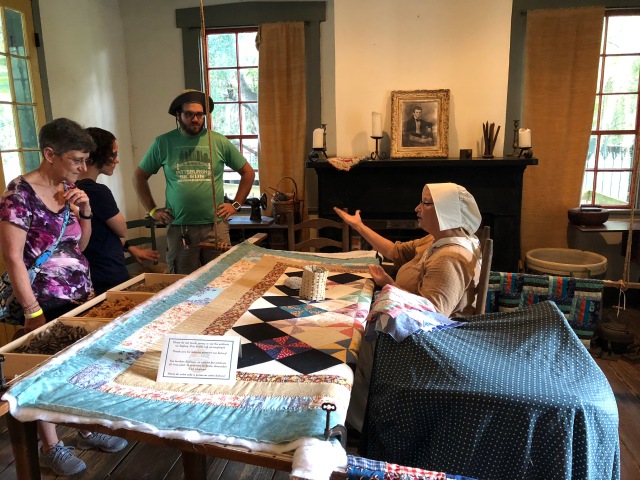 We spent a good couple of hours touring the park and after exiting, enjoyed the first of our tour lunches, do it yourself sandwiches (this would be the course every day) and then set off on the bikes for another five miles to stop in at the Festivals Acadiens et Créoles, a three-day festival held annually celebrating the music, crafts, and food of South Louisiana. 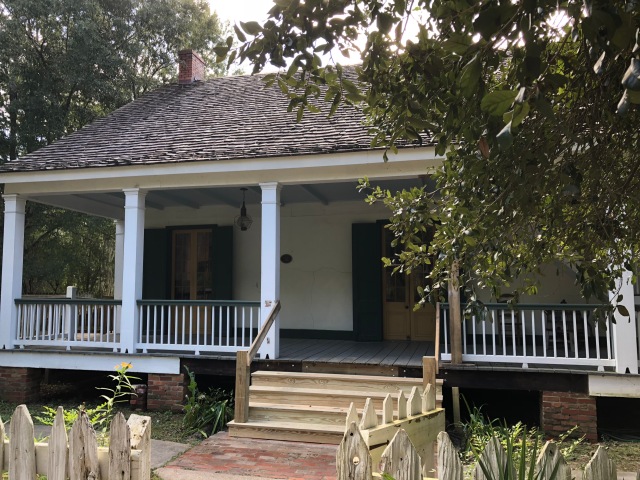 Formed from many other local events, it is the oldest single component of the Louisiana Native and Contemporary Crafts Festival (CODOFIL) which was first presented in October of 1972.  CODOFIL started a Tribute to Cajun Music concert in 1974 and in 1977, the Lafayette Convention and Visitors Commission merged the Tribute to the Cajun Music and the Bayou food Festival.  Together, these events became known as the Festivals Acadiens. 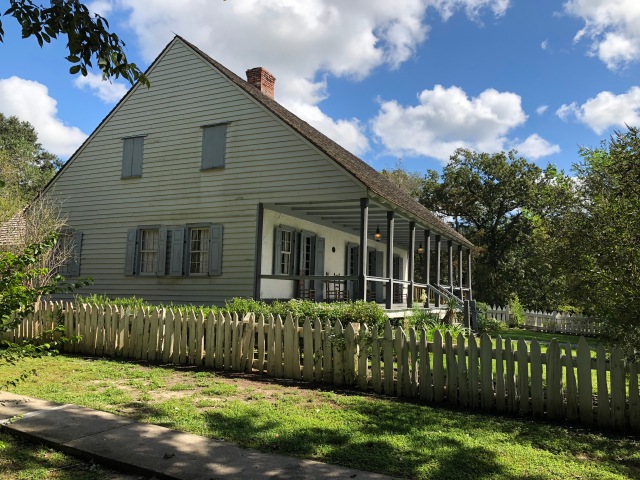 Acadians, or Cajuns as they are now called, were exiled from Nova Scotia in 1755.  They took with them few possessions but did carry away a rich cultural heritage which included a blend of French, Celtic, Scots-Irish, and Native American influences.  This mixture is evident in a rich oral tradition and repertoire of songs and dances.

By the turn of the twentieth century, increasing homogenization of the United States threatened to doom the French language to obscurity.  In 1916, mandatory English language education was imposed in the South with French being trampled; several generations of Cajuns and Créoles were eventually convinced that speaking French was a sign of cultural illegitimacy.

American soldiers who served in France discovered that the language and culture they had been told to forget made them invaluable as interpreters and made surviving generally easier.  After the war, they immersed themselves in their own culture and once again, dance halls throughout South Louisiana blared the familiar and comforting sounds of homemade music.

One of Many Food Vendors

This festival, on six different stages in Girard Park attracts Louisiana’s best Cajun and Zydeco bands and draws thousands of people from across the country and around the world.  In addition to the music, countless numbers of booths feature regional crafts and cuisine and best of all, lots of beer and wine.

We spent another couple of hours there, nursing a beer and wishing that we could spend the rest of the afternoon sitting in a chair, enjoying more drinks and some of the delicious looking food.  But we needed to finish up the day with a final ten miles or so, made challenging by the heat and a ferocious head wind. 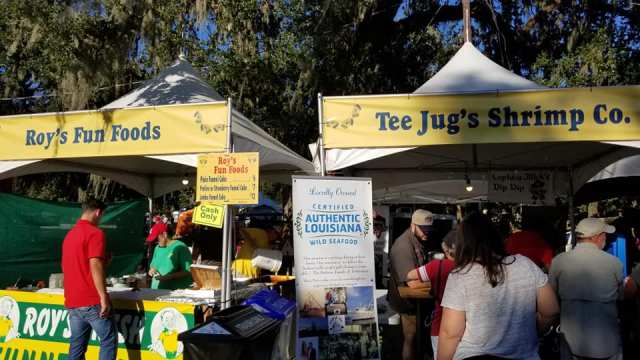 You Won’t Go Away Hungry

But finish we did, arriving at Catfish Heaven Aqua Farm & RV Park in St. Martinville.  We were among the first to arrive, which didn’t matter much given the size of our group (about 40 total riders) but setting up early gave us first crack at the showers, always nice after a warm day’s ride.  Thus, we would begin a comfortable routine, sitting in a common area at tables, beer in hand, recapping the day’s ride with our group or just getting to know each other better. 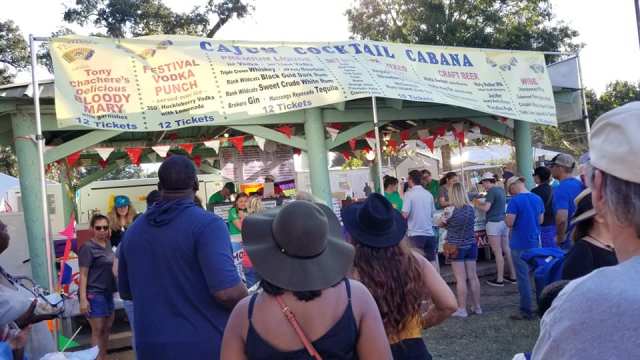 The next few stages would bring longer time in the saddle, for me a welcome change as I like to get on the bike and just ride.  Days like this one, with multiple stops and starts doesn’t suit my riding style, and yet the cultural interaction was exactly what we had signed up for.  Let the tour begin!!