We left the condo late in the morning and not sure about what we’d be doing later in the day food wise, made a stop at, yes, Juanitas to get that Carnitas burrito that had been eluding us.  We would split it, providing just the right amount of ballast in the tank to cover any activity we might engage in that afternoon, every bite a delight.

We arrived in San Clemente early in the afternoon after stopping at a liquor store, we frequent, just off PCH, to pick up a couple of bottles of some unique craft beer.  The rest of the day at Jan and Evan’s would be spent at the house getting caught up with these two good friends, eating in and watching a whole bunch of MSNBC, breathlessly awaiting analysis the next political debacle.

The next day, we took off for San Juan Capistrano to walk around the Los Rios Historic District, a neighborhood with buildings dating to 1794 and the oldest continually occupied neighborhood in the state.  The area originally had 40 adobe structures, but most were replaced in the 19th century by wooden board and batten structures.  Thirty-one of these buildings in Los Rios and the surrounding area are on the national register of historic places. 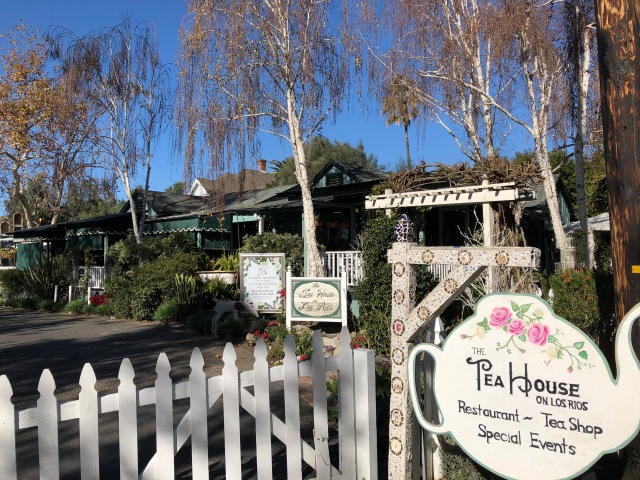 Wooden Board and Batten Structures

We stopped at the Bagel Shack in Capistrano for some food to take home, where it was hungrily consumed and then later, wanting some more fresh air we drove back over to Dana Point to park at Strand Vista Park.  We walked down to Dana Strand Beach, in the shadow of Dana Point Headlands Conservation Area, where have walked during prior visits. 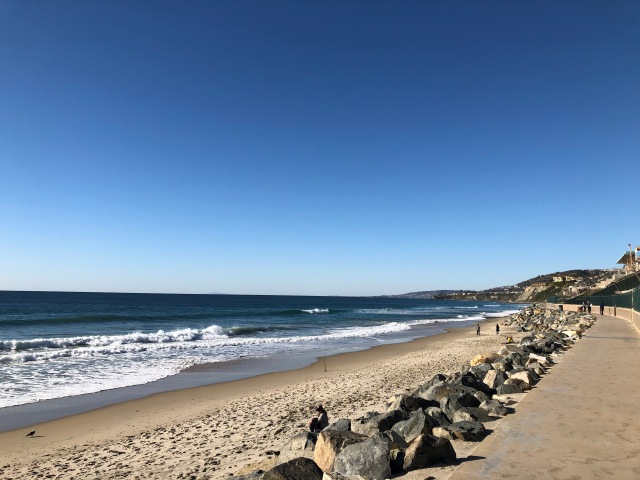 Walking of course works up a thirst and so, on the way back to the house, we stopped at Lost Winds Brewing, a new operation in San Clemente.  With a wide range of styles to choose from including three Belgians, this was my kind of place.  We spent an enjoyable hour and round or two before heading back to the house.  Later, Evan and I would head over to T.J.’s Wood Fire Pizza to pick up a couple of pies to bring back to the house.

We’d ordered by phone anticipating being able to pick them up when we arrived only to discover that this operation doesn’t make the pizza until you get there, a policy that ensures the freshest product.

We paid at the register and then sat down at the bar, with the pizza station and wood fired oven in front of us and watched it all take place.  Later, back at the house that thin crust with slight char, fresh ingredients and retained heat made for a really good pizza.

The drive to Wildomar the next day took a bit longer as we wanted to stop at the REI in Tustin to make another exchange, adding about 20-minutes to the trip.  We arrived at Sheila and J.B.’s mid-afternoon and spent a relaxing few hours out on the patio, a view of the valley below adding to another gorgeous Southern California day in which to drink some white wine.

Later we’d head out to dinner for, you guessed it, Mexican food about five miles down the road in Murrieta at Casa Jimenez.  Given the potent combination of afternoon wine drinking coupled with pitchers of margarita’s, my ability to take notes was compromised.  I seem to recall that Joanna and I split a Chili Relleno and Tamale plate with a crispy taco on the side, but at this point, multiple days of this type of food now running at 100% in our blood stream, does it really matter what we had to eat?

With plans the next day to celebrate Alyssa’s birthday in Oakland in the afternoon, we departed fairly early from Wildomar.  Being Sunday, traffic was light as we made our way through the Los Angeles basin and soon found ourselves ascending and descending Cajon Pass on the I-5 and an hour or so before noon, stopped to take our breakfast at, yes this is the west coast and this is us, In-N-Out. 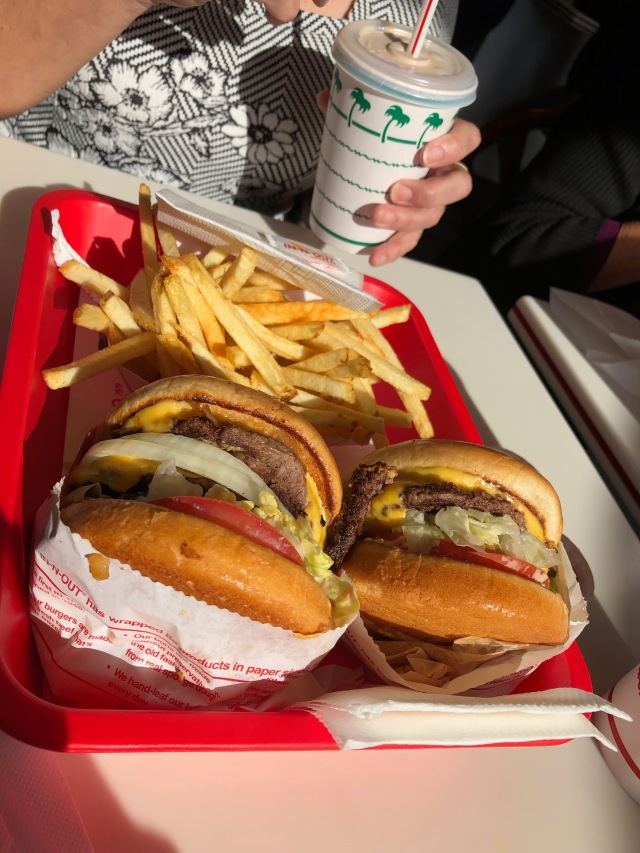 So far, we’d ticked just about all of our food boxes and as usual enjoyed our burgers and fries, continuing on to land in Oakland around 3:00pm, parking on 17th Street just down the block from Woods Brewery where we would meet Jessica and the gang who were riding from brewery to brewery on their bikes.

It felt good to get out of the car and slip into the company of this group of folks, who we’ve come to know and enjoy, some from as far back and Jessica and Kris’ time at UCSB.  We finished up our beers and prepared to walk back to the car to meet the group at Beer Revolution as they finished up their biking beer journey.

As we turned to exit the brewery, I glanced down the block and noticed what appeared to be pieces of our luggage on the sidewalk next to the car.  WTF!!  Not another Oakland/Berkeley snatch and grab as happened to us in 2016 (detailed here https://wordpress.com/post/3jmann.com/4763).  Having learned from experience not to leave the laptop in the car, we had it with us and arriving at the car, saw that the rear passenger window was smashed out.

Joanna Explains the Facts of Life

Much to our amazement, nothing was missing as apparently, the perpetrators must have been interrupted in the act.  We picked up the couple of bags on the sidewalk and placed them back in the car while we discussed our options.  Obviously, the broken window meant Beer Revolution was out for us as we now needed to drive to the apartment, unload the car, and park it in its spot, saving repair of the window for the next day. 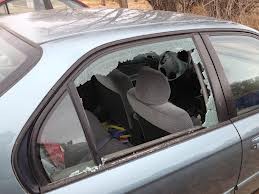 And so, we did, the timing working out so that the beer drinkers finished up and we prepared to take BART over to San Francisco to continue our day of celebration.  We’d be in a bit of a daze as we counted our good fortune, another sort of Christmas miracle having saved us from substantial loss.  Sometimes it’s better to be lucky than good.