Our last day in the Tampa area would be a full one starting with the 60-minute drive to the Salvador Dali Museum in St. Petersburg.  Located on the downtown waterfront near 5th Avenue Southeast, Bayshore Drive, and Dan Wheldon Way, it houses the largest collection of Dalí’s works outside Europe. 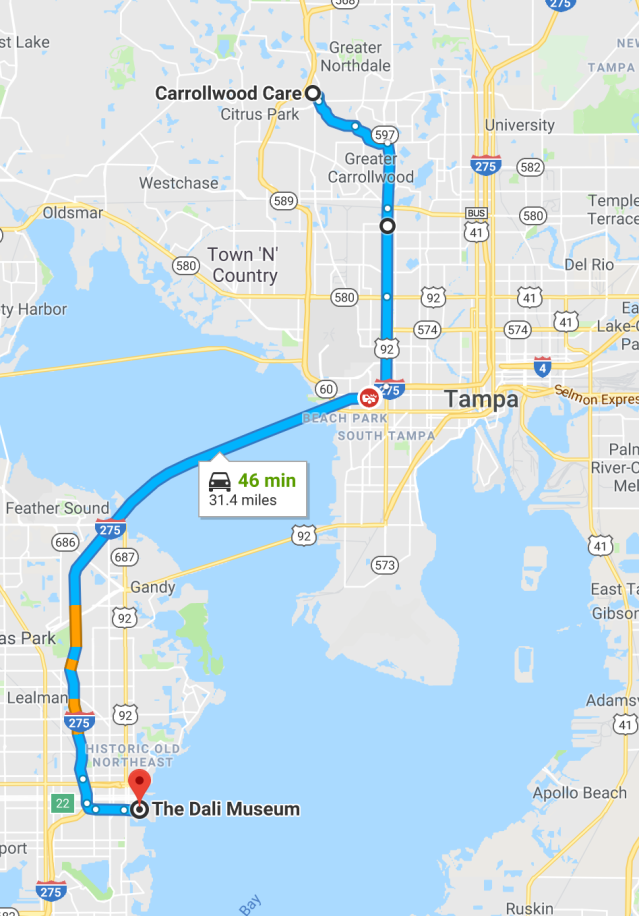 Airbnb to the Dali Museum

The museum’s collection includes 96 oil paintings, over 100 watercolors and drawings, 1,300 graphics, photographs, sculptures, objects d’art, and an extensive archival library.  It is also home to 7 of the 18 “masterwork” paintings by Dalí (including The Hallucinogenic Toreador and The Discovery of America by Christopher Columbus), the most of any museum in the world.  To be considered a masterwork these paintings must measure at least 5 feet in any direction and have been worked on for over a year. 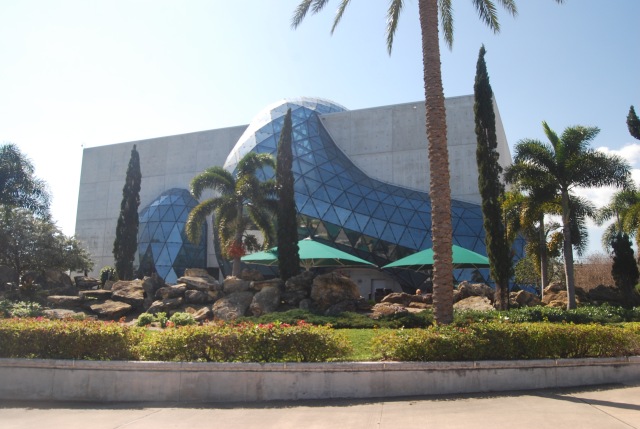 Much like the Guggenheim Museum in Bilbao (see my 2017 post) the building itself is a work of art.  Designed by Yann Weymouth of the architectural firm HOK it opened in 2011 at a cost in excess of $30 million.  It’s 75 feet tall glass entryway and skylight are made of 1.5-inch-thick glass and encompass a spiral staircase.  The remaining walls are composed of 18-inch thick concrete, designed to protect the collection from hurricanes. 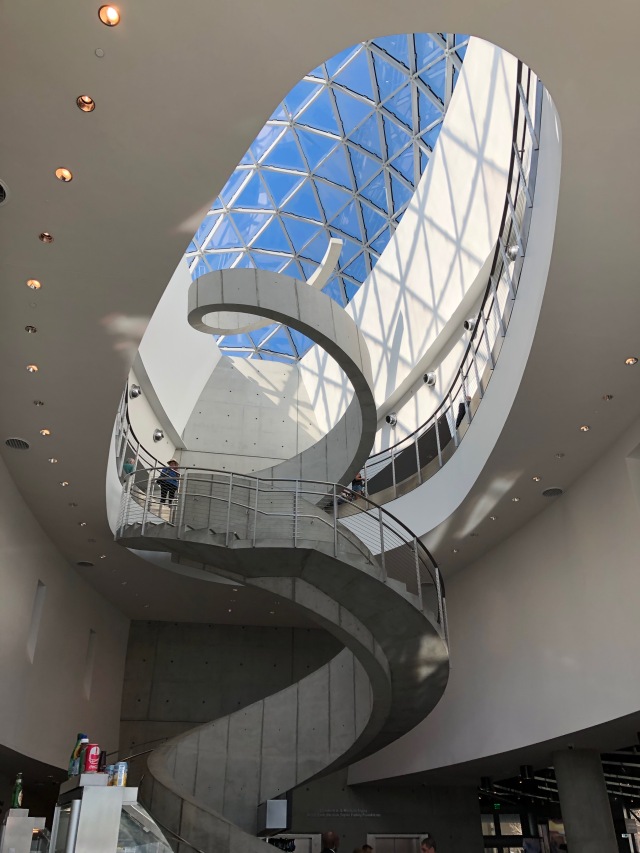 We arrived just as the it was time to open and knowing we’d spend quite a bit of time viewing the exhibits, stopped first at the museum’s Café Gala (named after Dali’s wife) for a snack.  We were delighted to see some Spanish items on the menu, a good bet given Dali was from Spain, and ordered a Farmhouse Tortilla and a Café con Leche. 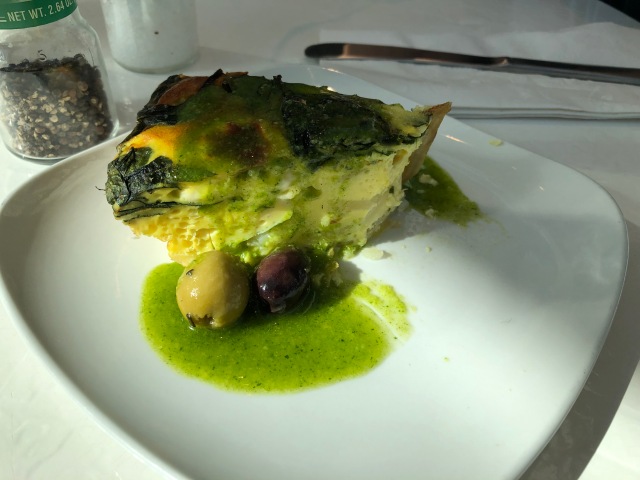 It was a welcome reminder of the two-plus months we spent in Spain (in 2014 and 2017) and feeling fortified, we sallied forth to give the place our best effort. 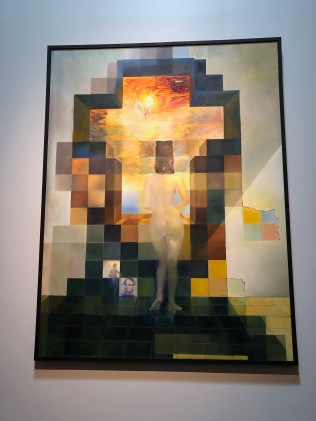 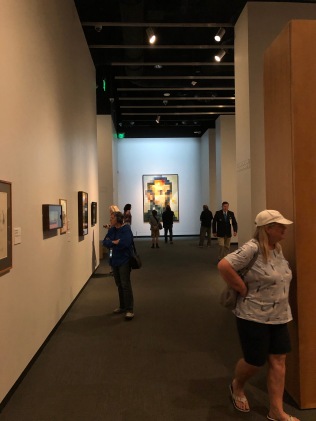 Which at 20 Meters Becomes Lincoln

I’ll be the first to admit that I am anything but an art aficionado but between the densely narrated audio tour and the breadth of Dali’s work, we were both captivated by what we observed, so much so that we viewed every work in the place. 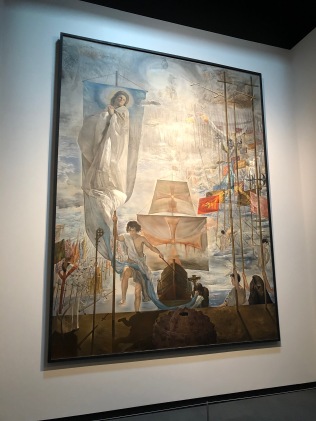 The Discovery of America by Christopher Columbus 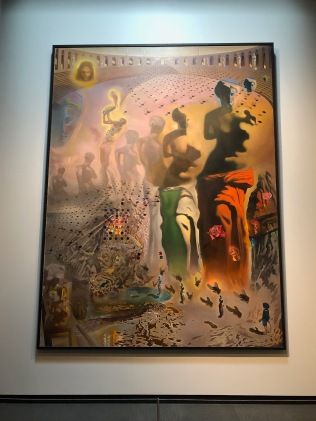 At the very end of the self-guided tour there is an opportunity to insert yourself in one of Dali’s pieces and so, after a big of figuring out how to time the picture, I too became a work of art. 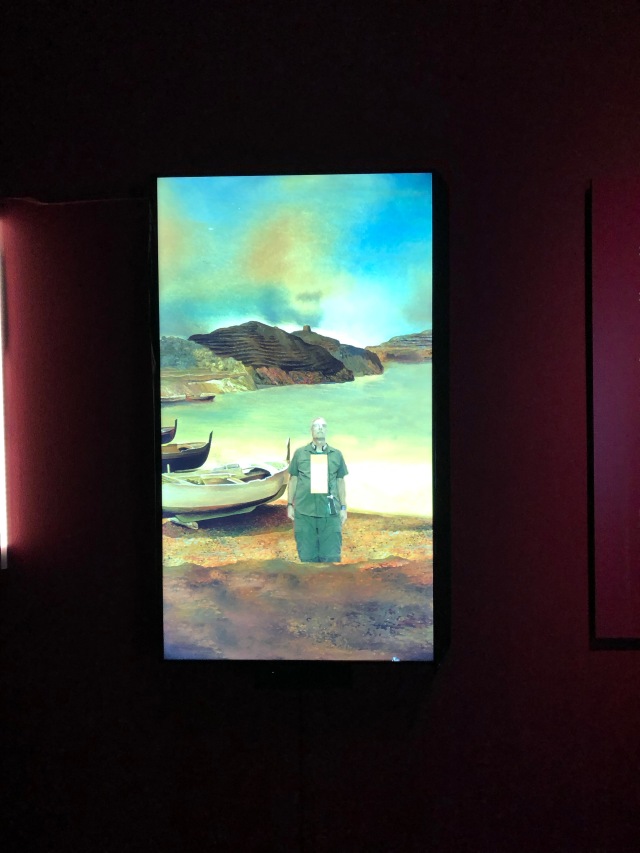 By now it was later in the afternoon and having completed our visit to the museum, we exited and walked up Bayshore Drive to 1st Avenue South and turned inland towards the retail district.  Our first stop was Shokolad Chocolate Factory on Central Avenue North where we sampled a few pieces of chocolate made right in the shop, then moved a block north to 1st Avenue North to drop in at St. Pete Brewing. 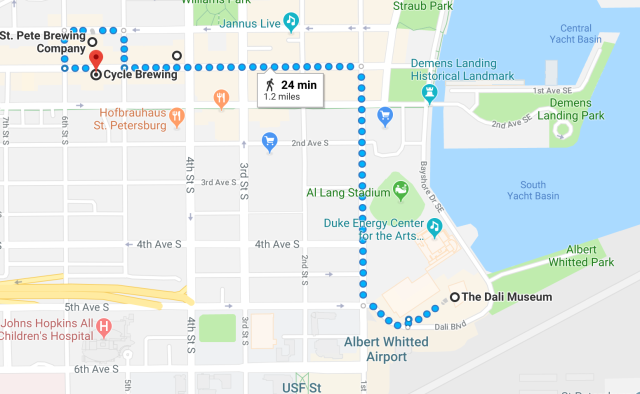 We joined a good-sized crowd at the bar (why aren’t any of these folks at work?) and ordered a round, for me the Banyan Blonde Ale, a crisp low-gravity brew perfect for the first drink of the day, when you are thirsty and haven’t eaten in a while. 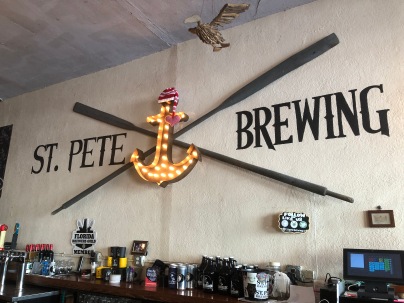 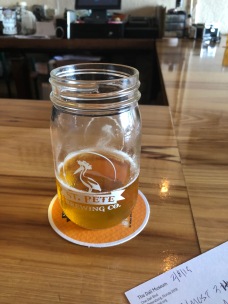 Finishing up, we went around the block back to Central Avenue for another round at Cycle Brewing.  Featuring a wide variety of beers but known more for their high gravity products, now feeling quite hungry we opted for a small pour of one of the coffee porters and a double IPA.  They were both very good, so much so that we regretted having to leave without consuming more, the need to eat now dictating our next move. 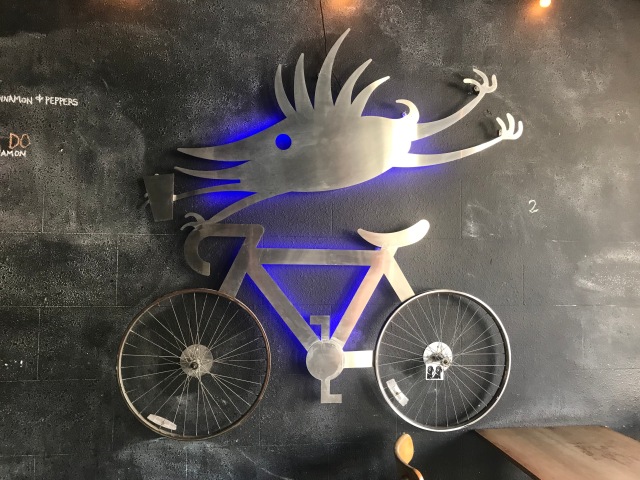 We took care of this in the most expeditious fashion available, walking across the street to the Acropolis Greek Taverna where we were seated outside, fully savoring the beautiful weather we’d been enjoying, temperatures in the low 80’s with mild humidity.  It being happy hour, we started with a Donkey’s Kick Mojito (White rum, muddled cilantro & jalapeno, simple syrup, lime & pineapple juices, club soda) for Joanna and I a glass of house chardonnay while we ordered the Appetizer Platter, figuring we’d start with that and pick an entrée later. 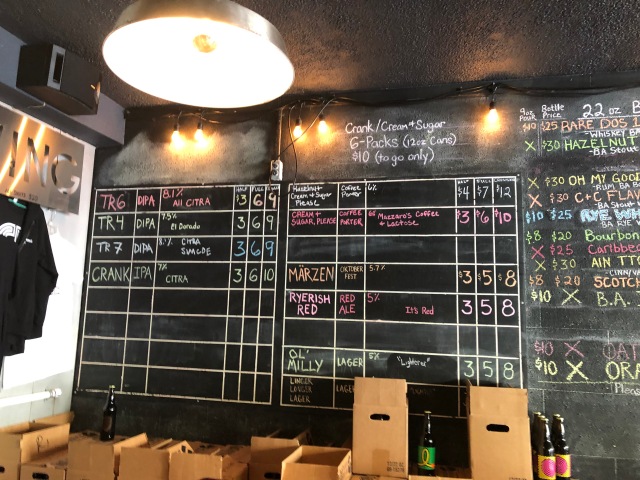 Ordering more turned out to be unnecessary as the plater, containing generous servings of Hummus, baba ghanouj, tzatziki, tirokafteri and dolmades and served with pita proved to be more than enough for us to eat.  Just as pleasant was our friendly waiter, Lucas, who was a recent transplant to the area and provided us with a number of recommendations for places to check out when we moved south the next day. 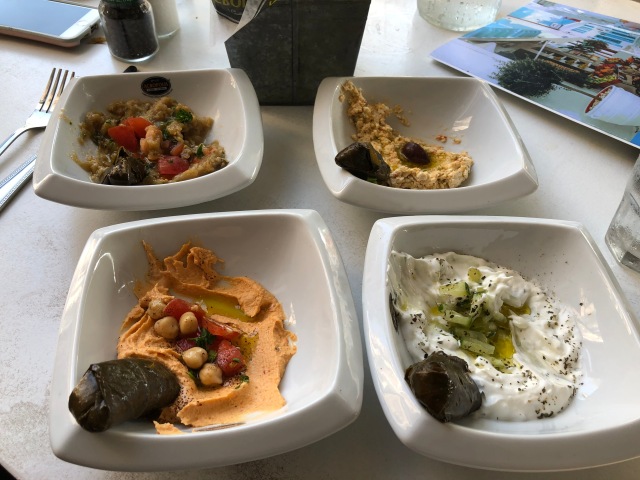 The Remains of the Appetizer Platter

Unfortunately, our limited time in the area meant we couldn’t follow up on any of them, but the lure of Florida in the winter may mean we will return for a longer visit sometime in the future.  For now, we returned to the Airbnb and prepared to depart the next day for Pine Island and our stay in the Fort Meyer’s area. 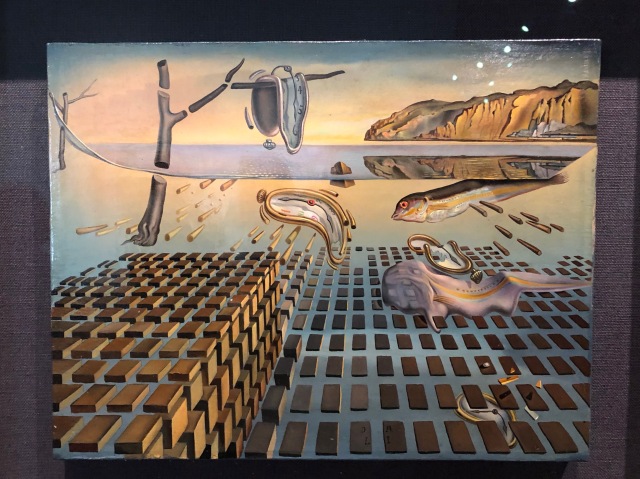 The Disintegration of the Persistence of Memory