The next morning began a full day for us and with a nearly two hour drive to get to our starting point in Sarasota, the Ringling Circus Museum, it became clear we had not sufficiently allowed for the four-hour round trip.  Otherwise, might have considered a different lodging arrangement for these days but that ship had sailed and so we got in the car and made the journey.  We had chosen the museum as a destination because almost everyone we talked to insisted we take it in when we mentioned we’d be visiting this area of Florida.

Our original plan was to take in the museum for a few hours and then adjourn to the nearby dog racing track and catch a few races since this was the last year of their operation.  We were wildly off base on that assumption, the scope and depth of the Ringling so great that we would spend the entire day there and leave exhausted, still not having covered it in its entirety. 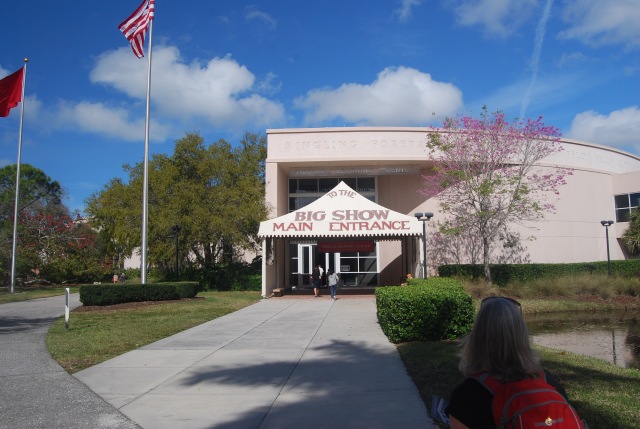 Entering the park, we immediately hit the Tibbals Learning Center as we had about 40 minutes to kill before our scheduled tour of Ca’ d’Zan, the Ringling mansion.  Don’t let the yawn inducing nature of the name of the place fool you, this is the center of the circus portion of the complex.

Named after Howard Tibbals, it houses along with multiple floors of circus memorabilia, a 3,800-square-foot, 1/16th scale model three-ring circus that he spent over 50-years creating. 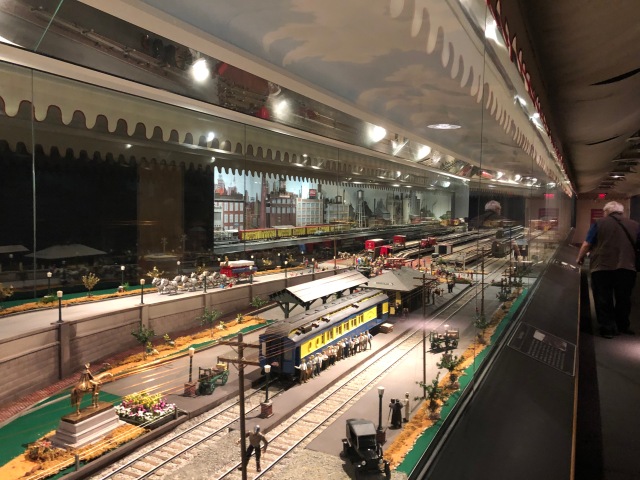 At the Train Yard

The model represents the Ringling Bros. and Barnum & Bailey Circus during its Golden Era, 1919-38. To assure historic accuracy, Tibbals collected almost one million photographs and measured historic wagons, train cars, and other circus equipment to construct his model at a scale of 3/4 inch to a foot. The perimeter of the model is approximately 450 feet, or the length of 1.5 football fields.  The area of the building housing it is large enough to park 11 school busses.

It contains nearly 1 million handcrafted pieces, including 1,500 performers, 152 wagons, 7,000 folding chairs for spectators, and dishes and tableware to serve 900 people.  We circled the model with an eye on the clock and left soon thereafter to head over to the mansion for our scheduled tour, having opted for the lesser expensive visit, just of the first floor and grounds which this time around was enough for us.

The mansion was inspired in large part by the Doge’s Palace, the centuries-old seat of Venetian power that opened as a museum in 1923, when the Ringling’s spent a year touring Italy. Ca’ d’Zan, completed in 1926, cost $1,650,000, more than $21,000,000 in today’s dollars, to build including a $50,000 electric organ and a $35,000 Napoleon III-style bedroom set.  Despite his great outward success, poor investments coupled with the general downturn of the Depression, left Ringling near penniless at the time of his 1936 death with only $311 left in his bank accounts. 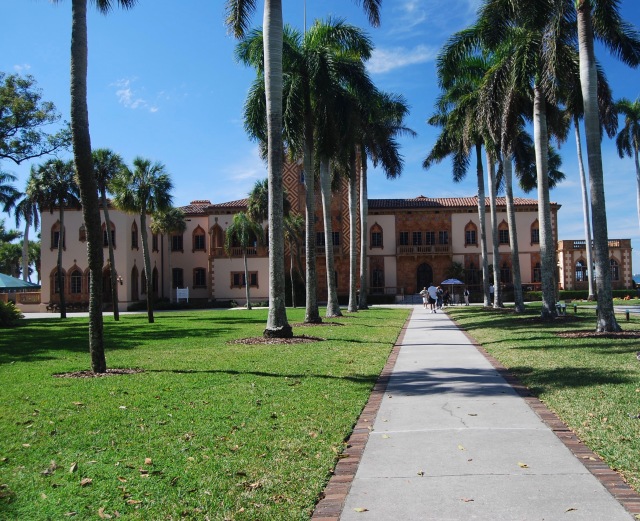 In an effort to save his beloved home from creditors Ringling willed the property, and his substantial art collection, to the state of Florida along with a previously established $1,200,00 trust for the home’s preservation.  By the late 1990s, the house and grounds were in a state of neglect and in 1998, at the depths of its dilapidation, it served as the backdrop for an adaptation of the Charles Dickens novel, Great Expectations.

First Floor of the Mansion

It’s depressing appearance in the movie inspired some action on the part of Florida, which transferred the property to Florida State University and provided more than $40,000,000 toward new buildings, renovations, and an endowment for the property.  In 2002, a six-year renovation commenced, eventually costing upwards of $15,000,000, which restored details like the gilded interior doors, fixed the leaky roof, and refinished the original furnishings, of which 95% remain on site. 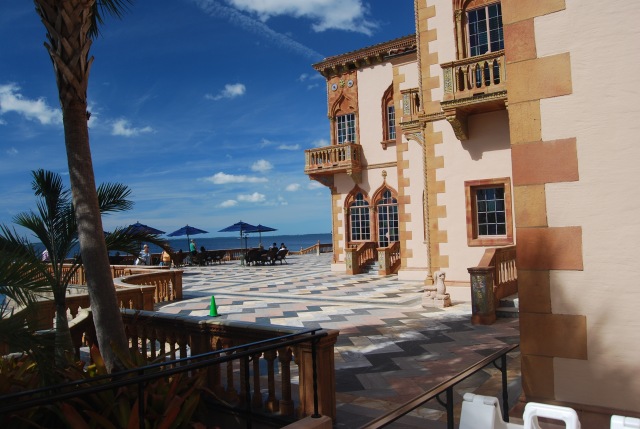 Patio and the Bay

We finished with the tour and before tackling the Original Museum and the rest of the Tibbals Center, we stopped at the Banyan Café for a snack, splitting a fairly good pre-made turkey and Swiss cheese sandwich, enjoyable as these types of  products usually come out of a refrigerated case, leaving them somewhat unappealing to consume.

Fueled up we hit the Original Museum and its exhibits, the showpiece being the Wisconsin Railroad Car, John and Mable Ringling’s 79-foot long private rail car custom built by the Pullman Company in 1905.  If you were wealthy during the era they lived in, you would travel in a car similar to this one, somewhat like having your own private jet.

Interior of the Car

The rest of the museum featured other larger items like the rail car; wagons to transport animals, the cannon/car used to shoot out a performer, a working recreation of the fully equipped blacksmith shop needed to repair the equipment and shod the animals that needed shoeing.

At this point, the day was winding down as was our energy and we decided to forego returning to the Tibbals Center and instead finish the day at the Museum of Art.  We’ll cover that visit and the rest of the day in the next post.  Needless to say, all thoughts the dog races had evaporated, and we were content with completing the day as we had started it, at the Ringling. 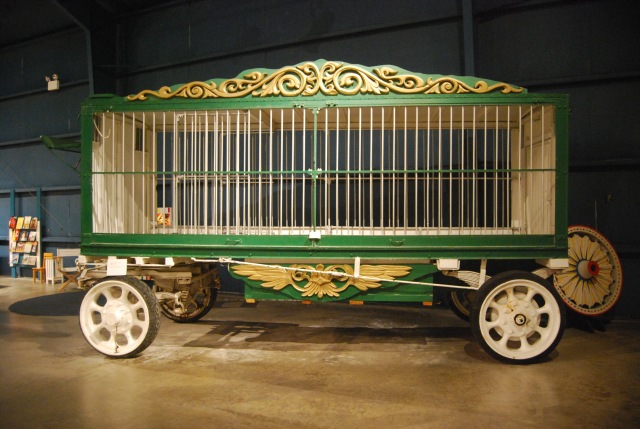