A little over a month elapsed between our return from Florida and the start of our next trip which would include ten days on the west coast following a pattern now long familiar to us, two four-night stretches in Oakland with Jessica and Kris and three days in Sacramento exploring California’s state capital.

My back had finally returned to something resembling a normal state and weather permitting, we’d managed a few bike rides in the intervening period and were ready to hit the road again.  Our flight went smoothly and although we had to wait a bit for the next BART to take us to Oakland, we soon found ourselves at the apartment, enveloped in the great mood that always accompanies seeing Jessica and Kris, regardless of how long or short the interval has been.

The next morning, Friday, after the kids set out for work, Joanna and I commenced our normal routine for the first day in town, that is to walk over to the Old Oakland Farmers Market to pick up supplies for dinner.  But first we stopped at The Alice Collective, a brand-new place on 14th Street a few blocks from the apartment. 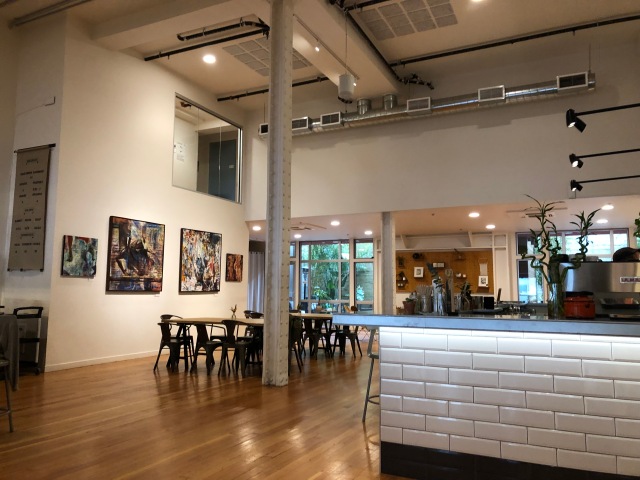 It’s a big airy double wide storefront with a lovely outdoor patio in the back.  Too early to sit outside we ordered a very lemony pound cake and big latte and settled in for a pre-shopping snack.  Suitably refreshed, we made our way to the market under rainy skies where, much to our disappointment the inclement weather had chased away many of the vendors, including our favorite hummus guy. 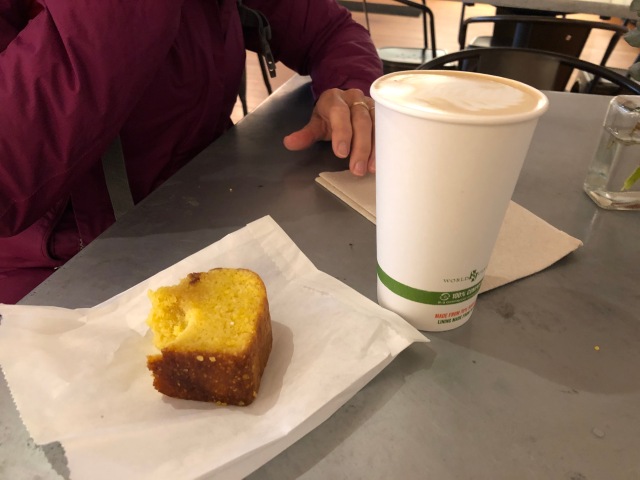 Lemony Cake and a Latte

Later we hit the Safeway on Grand Avenue (the marquee at the movie theater on the corner in addition to listing the latest flick also had an anti-Trump message, ah the Bay Area).  On tap that night would be the Bechamel Lasagna we know Jessica likes, a savory combination of ground mild Italian Sausage, bottled pasta sauce (we like Newman’s or Bertolli) and of course, Mozzarella cheese in addition to Bechamel.

Carhedral Building on the Way to Calavera

The next morning Jessica and Joanna took off for a Yoga session and Kris went to get his haircut at People’s Barber and Shop, directly across from Drake’s Dealership.  When the girls returned we met Kris at the salon and proceeded to have breakfast at Calavera, a Mexican Kitchen and Bar.  They offer a sweet deal on Mimosa’s, unlimited drinks for $16 and Kris jumped on it, but I decided to restrain myself for once.

Joanna and I split the Burro Mananero, their breakfast burrito, which included eggs, potato, their delicious beef barbacoa, and some other tasty stuff.  Substantially sized, it would last us the rest of the day as we took care of more errand running, topping off our food needs by heating up some of the left-over lasagna. 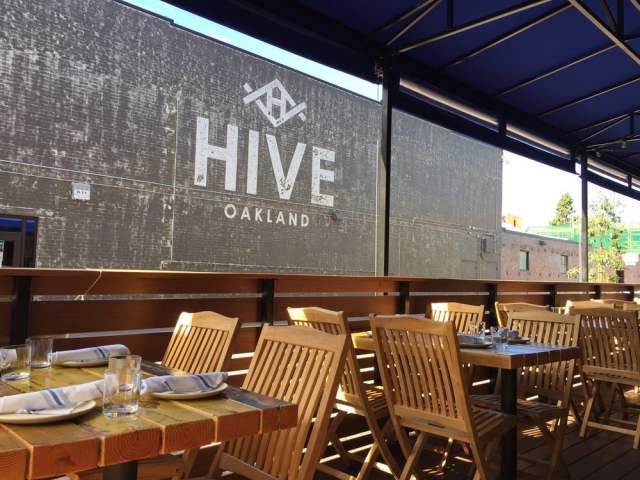 The Patio at Calavera

Later in the evening we walked to Bar Shiru, a recently opened hi-fi vinyl listening bar focused on jazz as the musical jumping off point that Jessica and Kris had discovered for a round or two of unique cocktails.  Done up with a modern vibe, they feature LP’s played through a high-quality sound system, a couple of walls completely full of discs.  It was a nice way to finish up our second day in town and it set us up for more fun the next day. 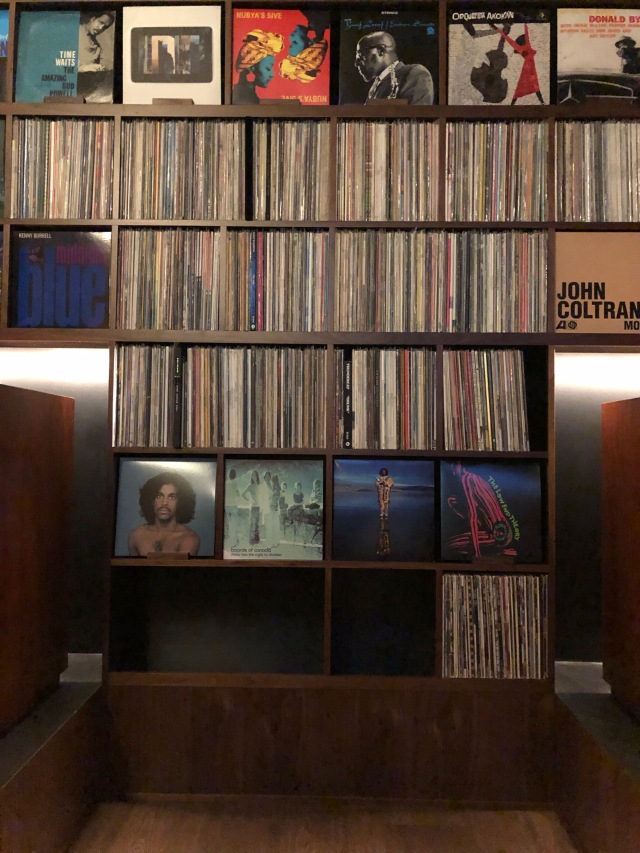 In the months since our last visit to the west coast, we had made the momentous decision to move back to our house near Venice Beach in Los Angeles.  There are many reasons for the move, some financial, some personal (being much closer to Jessica and Kris being primary), some weather related (no extreme heat, humidity or cold) that are offset by how much we enjoyed living in Charlotte and the many friends we had made in our eleven years there.

We’d listed the house two days before our flight and had multiple showings before and during our absence, culminating in two offers by the weekend, less than a week after we’d listed.  The real estate market in Charlotte favors sellers at this time.  The city continues to grow in population, averaging four-percent a year and the bulk of new housing within it skews towards apartments and town homes.  Single family dwellings now tend to be built further out, making our property highly desirable, particularly at the price point we’d listed for. 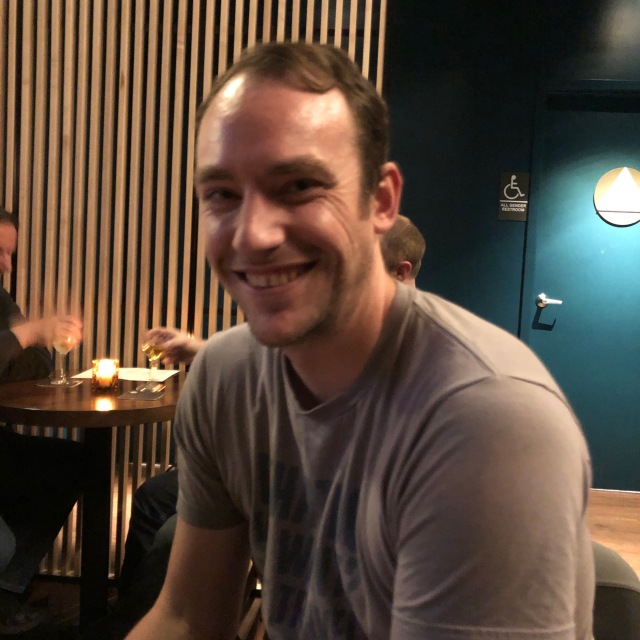 In the month prior to our listing, three houses in our neighborhood of one hundred and fifteen sold in rapid succession and all within a week.  So, we’d been optimistic about our chances of selling and had been rewarded with two good offers.  We decided to wait another day before accepting one of them to get some final details straightened out (the offer was contingent on them selling their current house in Ohio) and as we work our way towards the move, I’ll chronicle the steps throughout these posts.  We’ll return to our Sunday in Oakland in the next post.  Until then, enjoy. 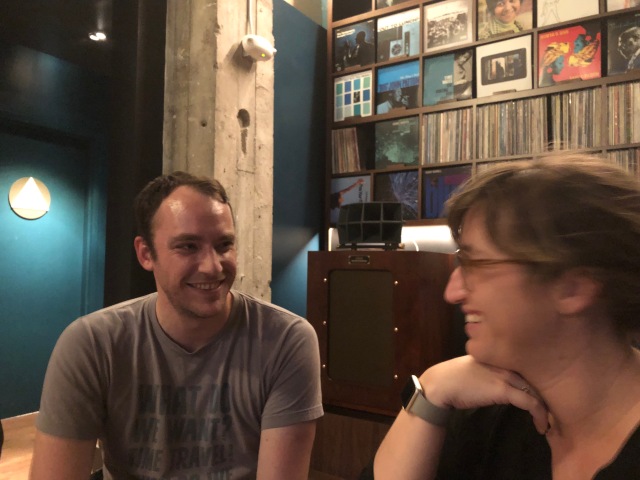