After returning from Arizona we spent the next three days preparing the house for a month’s vacancy, excepting some visits from friends and family taking advantage of its near the beach location.  The night before our flight we celebrated by taking in a concert featuring one of our favorite live performers, Lucinda Williams at the Orpheum Theater.  To some her voice is like dragging fingernails across a chalkboard, but to her fans these shows never fail to satisfy. 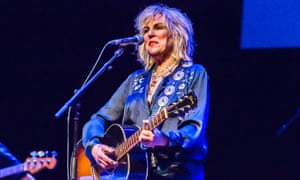 The flight the next morning went smoothly and after picking up our rental car, we drove straight to our lodging for the next four nights at the Drury Inn.  We spent a few nights here in late May prior to our departure for Los Angeles and found we could get a reasonably priced suite there, making a longer stay a bit more comfortable. 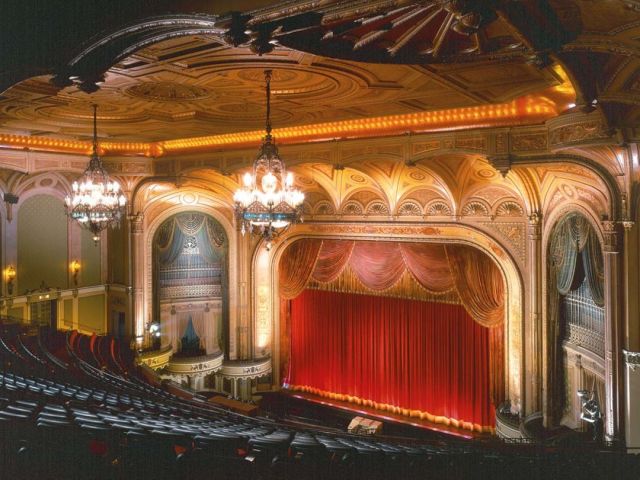 We were in town to celebrate the wedding of niece Kristen and her fiancé Brian, a lovely pair so obviously in love and made for each other that it would be an event we were sure to enjoy.  Our original plan was to spend ten days in Charlotte, connecting with family and friends, taking a trip up to Greensboro to visit Ann and Rendy, and generally spending time in a place we miss.  We would then return to Los Angeles and a week later take off for Mexico City for three weeks in Mexico.

That all changed when Marty emailed us about an inexpensive guided tour he and Kim had booked for then days in Egypt on the Nile River.  This ended up being an offer so compelling we went about changing the parameters of the other planned trips, knocking almost a week of Charlotte and taking a week out of Mexico. 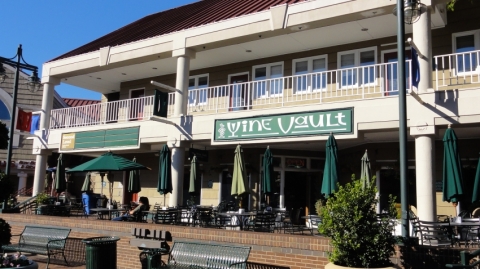 After checking in at the Drury Inn, we drove a few blocks away to meet up with Diane and Keith at the Wine Vault to briefly relive our wine weekend in Buellton.  It was nice to see them again so soon after and while working our way through a few bottles of good red wine, another colleague from UNC Charlotte, John dropped to say hello.

Jessica and Kris flew in the next day and hungry from their long flight from Oakland, we stopped in at a local favorite, Pinky’s Westside Grill.  The owner chef, Greg Auten was one of the team that operated the locally well-known and popular The Penguin, which had been forced to close by the owners of the property, whose plans to franchise the concept folded when the creative team (Greg and his partners) weren’t involved.

We split an order of their best in town Fried Dill Pickles and while I had one of my favorites, the Southern 500 Dog, which is southern style with Chili, Slaw, Mustard and Raw Onion, the others had a variety of other not so healthy selections (that’s why we come here) as we drank from the beer roulette menu, that is the server picks a 16-ounce canned craft beer at random and you pay just four dollars.  All of our results were uniformly good.

We’d attend the rehearsal dinner later that night north of town in Mt. Pleasant (a destination Joanna and I have been to numerous times on our bikes) and then whiled away Saturday before the wedding.  Not knowing when we’d eat after the 3:00pm ceremony we had an early lunch at another University City go-to, Bahn Mi Brothers.  When done right this Vietnamese sandwich is a gift from the gods and the version here is close to perfection with a great French baguette, your choice of meat (I go for the grilled pork), mayo, cucumber, daikon, carrot, and hot chilies.  Add in an order of filling Galbi Fries (Marinated Koran style beef, kimchi, scallion and cilantro aioli) to split at the table and the taste and quality of the offerings keep me coming back. 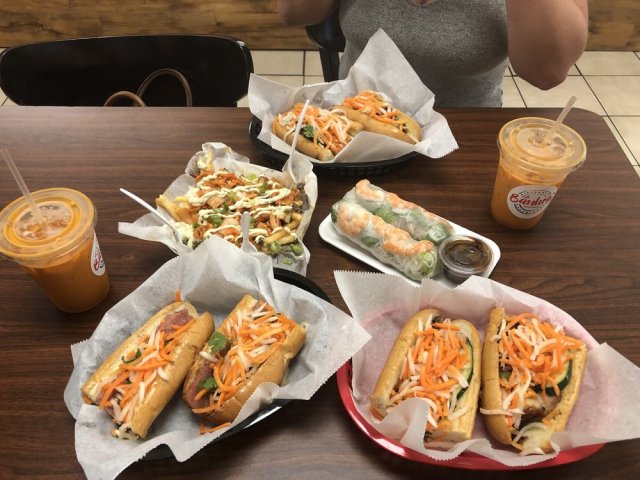 Later, the wedding went off splendidly, held at Dennis Vineyards in Albemarle, with late fall weather nice enough to allow for the ceremony to be held outdoors at the gazebo, the reception in their event hall. With the vineyard as a backdrop Kristen and Brian exchanged their vows and to the delight of all, walked up to the reception hall as a happily married couple, the center of the next few hours of celebration.  Is there no better party than a wedding reception?

The next day while Joanna took off to meet up with her book club at their monthly meeting, Jessica, Kris and I met Lyndsey and Dave at the Chamber, the new NoDa location of one of our top five Charlotte Breweries, Wooden Robot.

Indoors at the Chamber

We started up on their rooftop patio, but a loud sound system and chilling wind drove us downstairs to the patio where we enjoyed their usual offerings (I like the Good Morning Vietnam, a coffee vanilla blonde ale) and the sours they now brew at this outlet.

Our next stop was a few blocks away at another new spot, the Protagonist, across the street from long time anchors in NoDa, Growler’s Pour House and the Crepe Cellar. 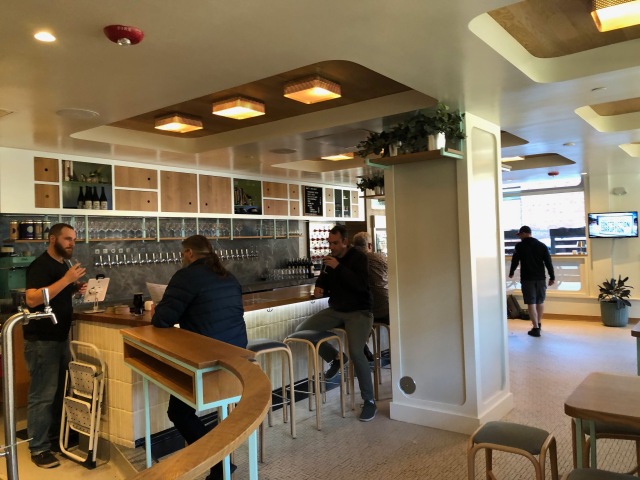 The Bar at Protagonist

From there a pause at Growler’s where Joanna caught up with us before heading to dinner at Habberdish, which operated by the folks who started and own the establishments mentioned earlier in this paragraph.

We had a couple of inventive cocktails and shared standards from the menu like the fried chicken, ribs, mac and cheese and the tater tots, more food than we could eat, much to the delight of Lyndsey and Dave who got to take leftovers home for later consumption.

One of the things we miss about Charlotte is the number of home-grown restaurants and small chains that reflect the philosophy of their owners and chefs.  Many come to mind; Midwood Smoke House, Good Food on Montfort, and Fran’s Filling Station to name just a few.  Others follow in this post along with those I’ve talked about earlier, but it’s a scene that brought us many memorable meals.

Brooks Sandwich Shop and Outdoor Dining at its Finest

Before dropping Jessica and Kris off at the airport the next day, we stopped in NoDa again for lunch at another iconic Charlotte eatery, Brooks Sandwich Shop.  Operating by the same family for more than 46 years with just one deep fryer and one grill, you order inside at the counter and when they call your number you grab your food and eat it outside, either standing up or if you can find room at one of the two large wood picnic tables, sitting down.

Brooks Cheeseburger “All the Way”

We’d spend the next two nights at Bonnie’s house, getting caught up on her life and that of our mutual friends since our departure in June.  We’d meet our cycling friends Kim and Paul along with Bonnie’s ex Charlie for a nice Italian dinner, and then kill time the next day before meeting Diane and Jim at what could very well be our number one restaurant in Charlotte, 300 East. 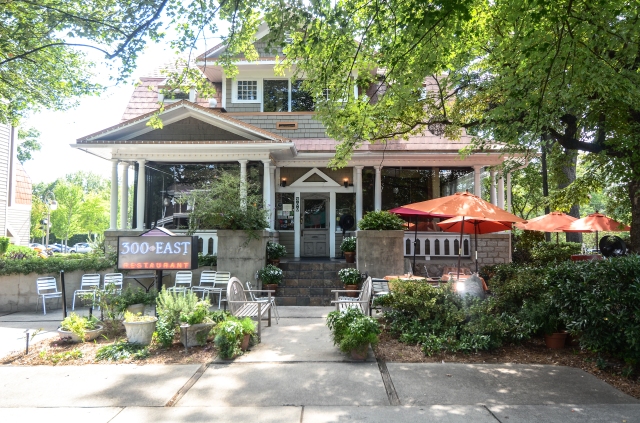 Serving great food for 32 years in a 1900’s Victorian house, one can sit downstairs near the bar or as we often do, upstairs in the crowded dining room.  We got a booth at the back of the room and while catching up with Diane and Jim, enjoyed a cocktail before ordering.  While enjoying our drinks we started with the Spicy Pimento Cheese (we were in North Carolina remember) and it did bring back many fond memories.  For entrees

Joanna got the Braised Lamb & Mushroom Ragout (Goat Cheese Ravioli, Lemon-Mint-and Goat Cheese Butter) while I opted for a steak, a dish I rarely eat when out as, don’t hate me for this, that I’d like the chef to do something more to the meat than just slap it on the grill.  My Grilled Hanger Steak (also known as the Butchers Cut with Onion Marmalade, Horseradish Sauce, Potato Cake, and Vegetable of the day) for just $22 was as good as any forty-dollar steak you’d get at one of the high-end houses.

Known for their excellent dessert offerings, we finished with a spectacular apple tart/strudel/tower like structure that defined imagination and was quickly polished off even though we were stuffed from dinner.  And with that we wrapped up our now brief North Carolina stay, having seen good friends, visited favorite haunts, and celebrated the love of two good people.  As we prepared to fly to Egypt the next day, we couldn’t think of a better way to kick off the next month of international travel than to revisit a domestic  scene we’d come to love.

That Tower of Apple