The Museo Nacional Anthropolgia, the largest and most visited museum in Mexico, is located in Chapultepec Park, one of the biggest city parks in the Western Hemisphere, measuring just over 1,695 acres (Central Park in NYC is 842 acres, Griffith Park in L.A. is 4,300 acres).  Centered on a rock formation called Chapultepec Hill, one of the park’s main functions is an ecological space in Greater Mexico City.  It is considered the first and most important of Mexico City’s “lungs”, with trees that replenish oxygen to the Valley of Mexico.  The park area has been inhabited and considered a landmark since the Pre-Columbian era, when it became a retreat for Aztec rulers. 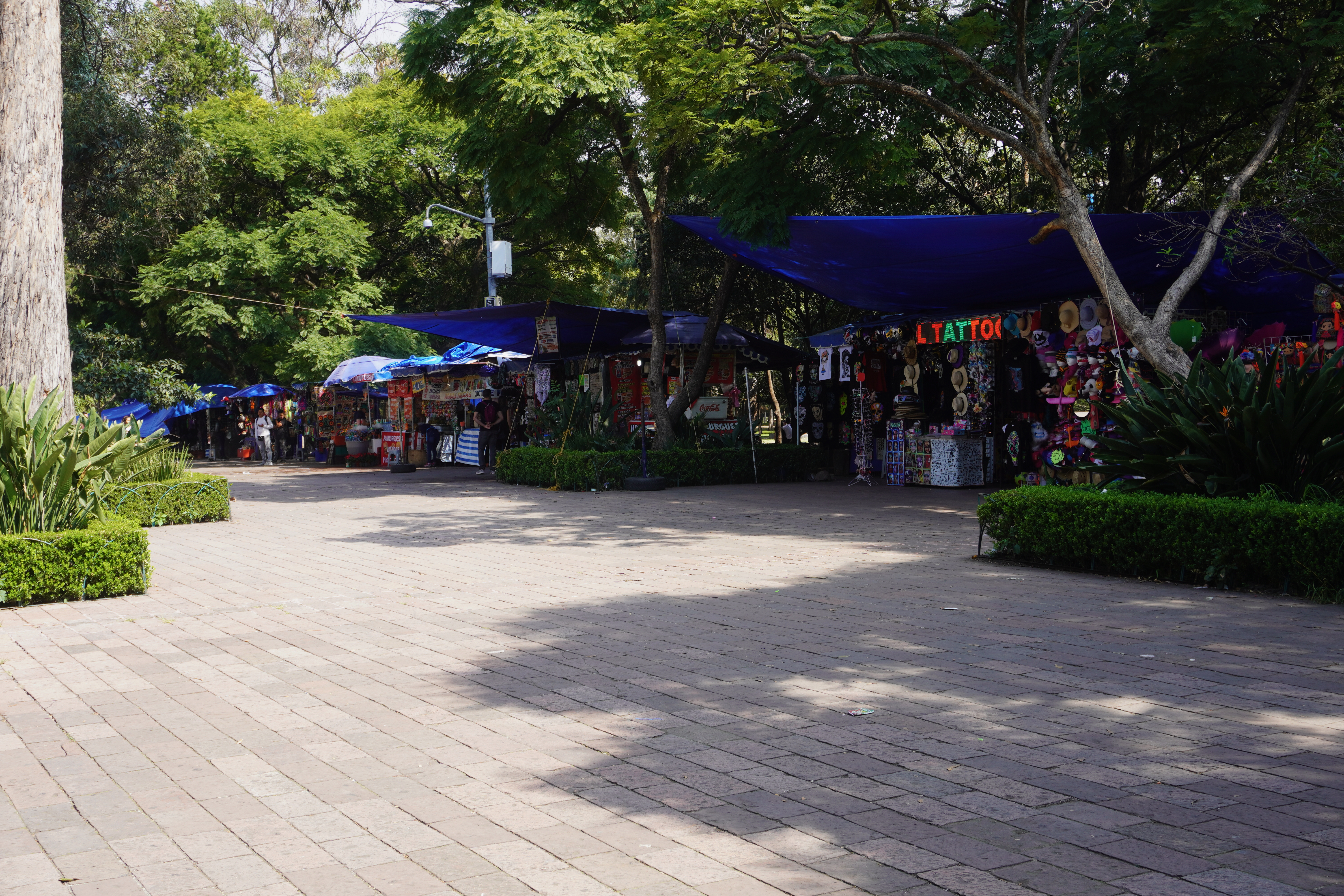 As we walked towards the museum, we passed a large number of booths selling food and souvenir items, busy that day because of the holiday and the parade that would soon pass on Paseo de la Reforma.  As you enter the building you, the large entrance hall grabs your attention and prepares you for the impressive exhibits you will see later in the visit. 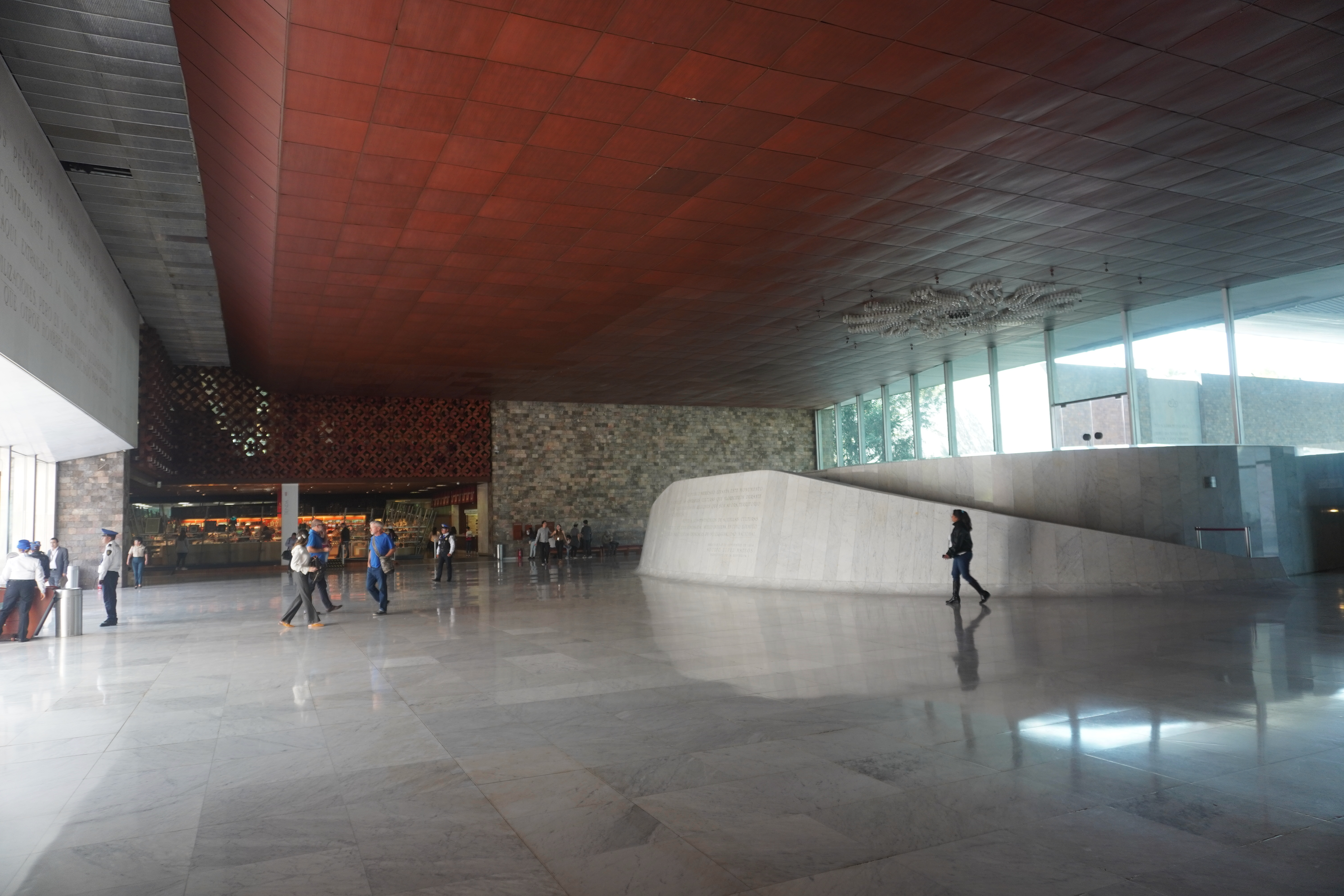 We purchased our tickets and walked into the central courtyard, its dominant feature the impressive El Paraguas (the umbrella) which features a waterfall like curtain of water descending from a roof seemingly suspended without any external support. 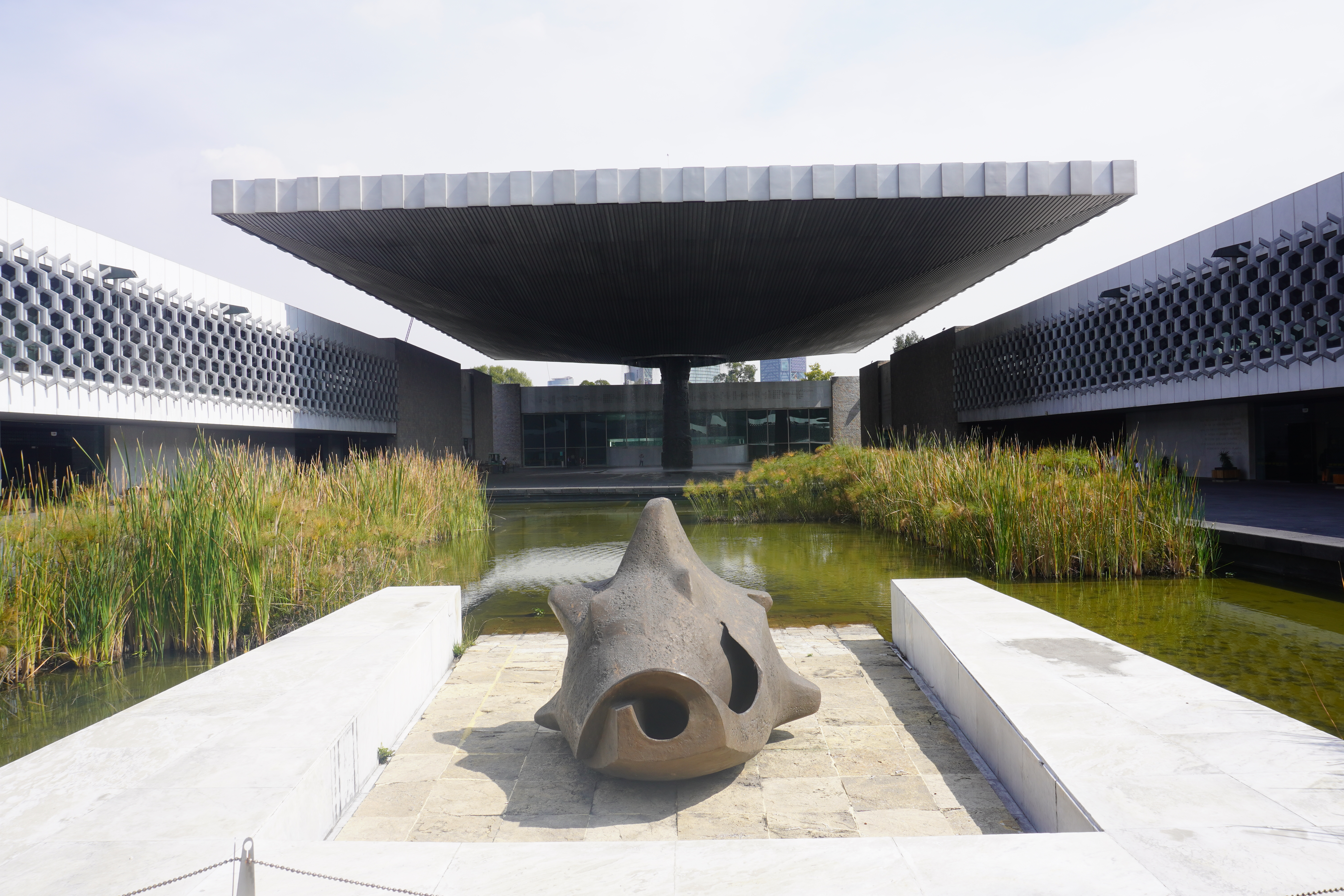 The Courtyard is surrounded on three sides by two-level display halls, the ground floor Salas (halls) are dedicated to pre-Hispanic Mexico while the upper-level halls show how Mexico’s indigenous descendants live today, with the contemporary cultures located directly above their ancestral civilizations.

We started in the introduction to Anthropology and worked our way counterclockwise moving through the first two Salas before arriving at the one for Teotihuacan, which we would visit a day or so later via a guided tour.  It was an ancient Mesoamerican city (AD 100-700) 25 miles northeast of Mexico City and today is the site of many of the most architecturally significant Mesoamerican pyramids built in the pre-Columbian Americas.  Impressive here was a replica of the Temple of the Feathered Serpent (also known as Temple of Quetzalcoatl and the Feathered Serpent Pyramid), which was the third largest pyramid at Teotihuacan.

Temple of the Feathered Serpent

From there we jumped to Sala Six, Mexica or as we know them the Aztecs, who reigned from about AD 1300 to 1521.  The Aztec peoples included different ethnic groups of central Mexico, particularly those groups who spoke the Nahuatl language.  The Aztec Empire was a confederation of three city-states established in 1427: Tenochtitlan, city-state of the Mexica or Tenochca; Texcoco; and Tlacopan. Although the term Aztecs is often narrowly restricted to the Mexica of Tenochtitlan, it is also broadly used to refer to Nahua polities or peoples of central Mexico in the pre-Hispanic era.

Here we would see the “Aztec calendar stone” or “Sun Stone”, a large stone monolith unearthed in 1790 in Mexico City depicting the five eras of Aztec mythical history, with calendric images, the Ocelotl-Cuauhxicalli, the Statue of Chalchiuhtlicue, and an impressive model of Tenochtitlan (we would visit its ruins the next day).

We turned the corner and began to head back towards the entrance, spending time in the Sala devoted to Oaxaca, the setting for two great cultures, the Zapotec (builders of the city of Monte Alban) and the Mixtec, renowned for their artistic creativity.  From there we worked our way through the Olmec’s, Totonac’s and Huastec’s of the Gulf Coast before finishing up with the Maya.

Model and Mural of Tenochtitlan (By https://www.flickr.com/photos/rosemania)

The Maya civilization, known for the pyramid complex at Chichen Itza, developed in an area that encompasses southeastern Mexico, all of Guatemala and Belize, and the western portions of Honduras and El Salvador.  The overarching term “Maya” is a modern collective term that refers to the peoples of the region, however, the term was not used by the indigenous populations themselves since there never was a common sense of identity or political unity among the distinct populations. 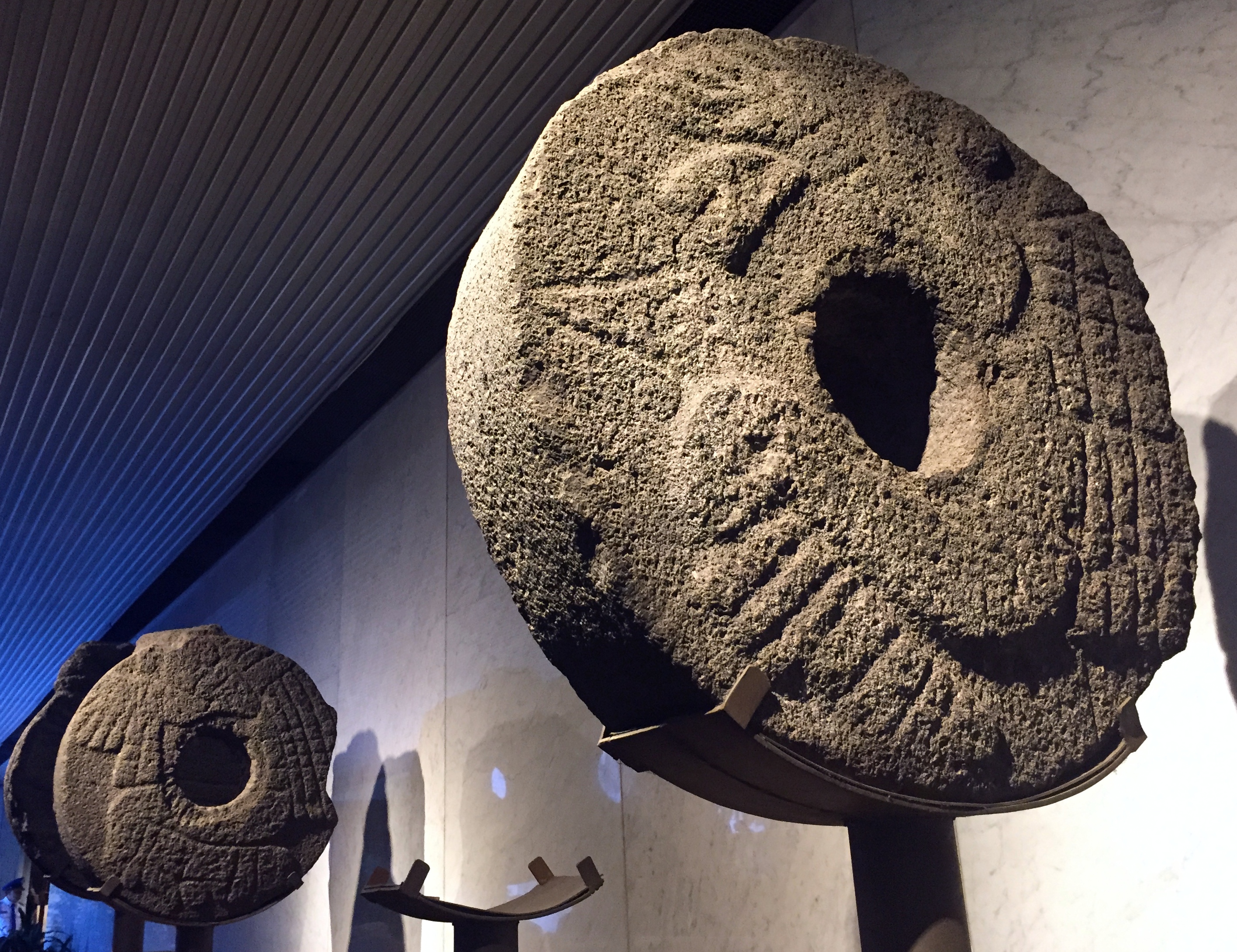 We finished up having barely scratched the surface of the place, not even getting to the second level; one downside to the museum is that little of the information presented is in English, bad in that you don’t get to read much about the item you are viewing, good in that you don’t dawdle as you work your way through the exhibits.

Having been at it for a number of hours and feeling a bit peckish, we located the dining pavilion, a lovely area with indoor and outdoor seating serving what appeared to be a full menu but settling for a coffee apiece and a snack.  We nearly caused an international incident when Joanna inadvertently grabbed someone else’s order (I wondered why my hot coffee was cold), thus getting us more than we intended when our original order actually appeared.

Kicking off our stay in Mexico with a visit to the Museo was an inspired piece of genius even though it wasn’t our genius that brought us there.  In one comprehensive visit we glimpsed at the history of Mexico and gained a foundation for many of the places we would visit in the next two weeks.  We would find ourselves trying to draw comparisons between Mexico and Egypt, but it would be rough going as, outside of building pyramids, there wasn’t much similarity between the two.  We’d find out more as we immersed ourselves in the following weeks.

Water Feature of the Umbrella