On the Road Again 2020, Northern California Part One

We would spend the summer of Covid-19 pretty much engaging in our normal activities such as reading, watching a bit of video and riding our bikes, for me averaging over 600 miles a month, four to five days a week, helping to stay fit and providing a productive outlet. 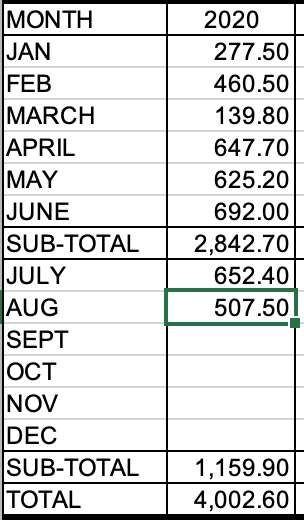 Jessica, Kris and Baby G spent six weeks or so with us allowing them to both work from home, providing us with bountiful time to get to know our little granddaughter.  And then they returned home in July and we began to prepare for a short (for us) trip to Northern California, one that would allow us to focus on travel during the time of Covid-19. 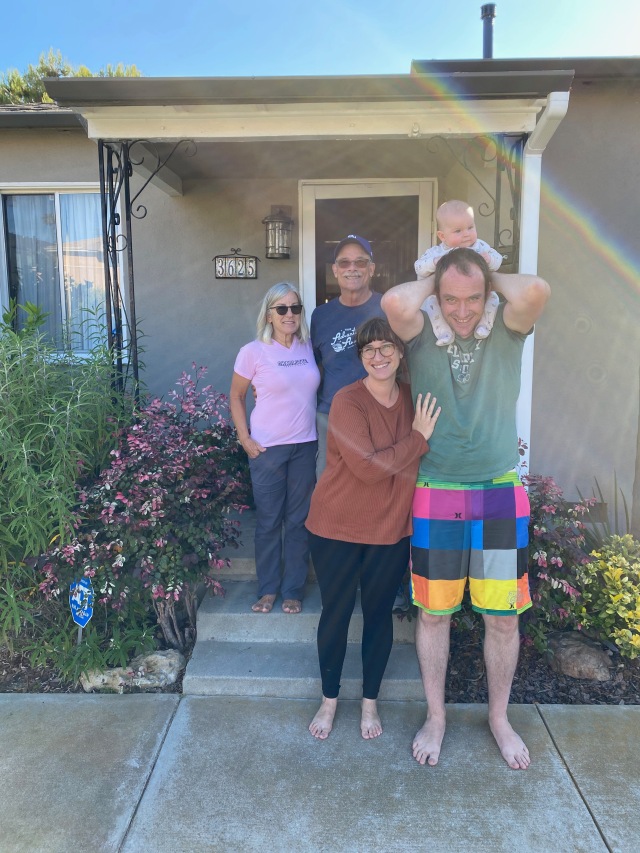 We took off for Oakland on a Thursday, our usual day to start the weekend with the kids.  After one stop for gas and food at a McDonald’s (yes we frequent them from time to time as I do like the Filet of Fish and their Egg McMuffin) we arrived in town meeting Kris at their storage locker so that we could drop off some things we’d been storing.  It would be a quiet visit for us, with a walk around Lake Merritt, ordering takeout food (one big order from Tribune Tavern) and spending quality time with Baby G. 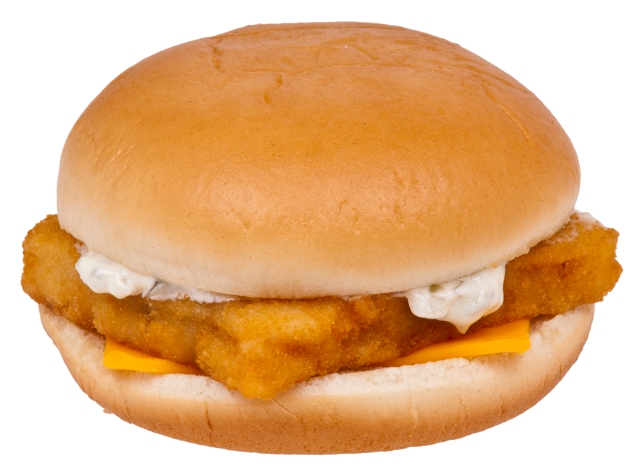 We also got in one very hard but good ride, taking off from the apartment and riding up Broadway to Tunnel Road slowly climbing towards Grizzly Peak Rd.  The route I’d downloaded had us getting off of Tunnel for a straight shot up to the summit, only to discover that it was a brutal series of short but incredibly steep climbs, averaging in excess of 15%. 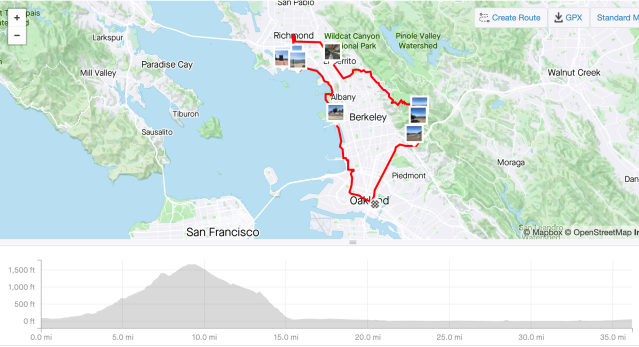 We finally gained the intersection with Grizzly Peak and followed it along the ridge, passing the Redwood Valley Railway/Tilden Steam Train attraction, any number of vista points, and the Lawrence Hall of Science before eventually descending down a white-knuckle series of small streets and through Sunset View Cemetery into El Cerrito. 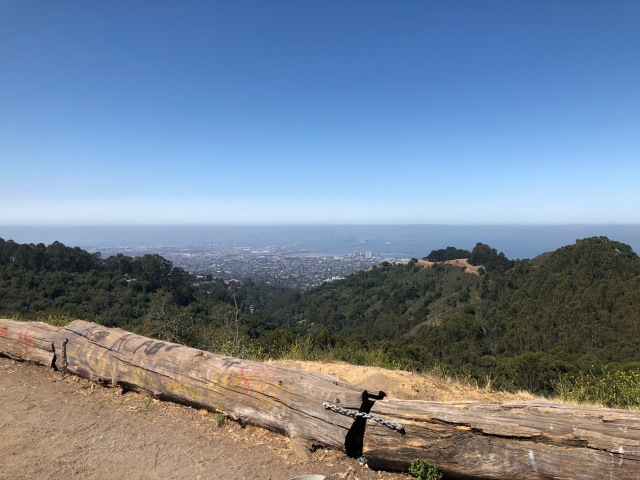 There we picked up the Ohlone Greenway and followed it north to the Richmond Greenway which took us west into the city of that name. 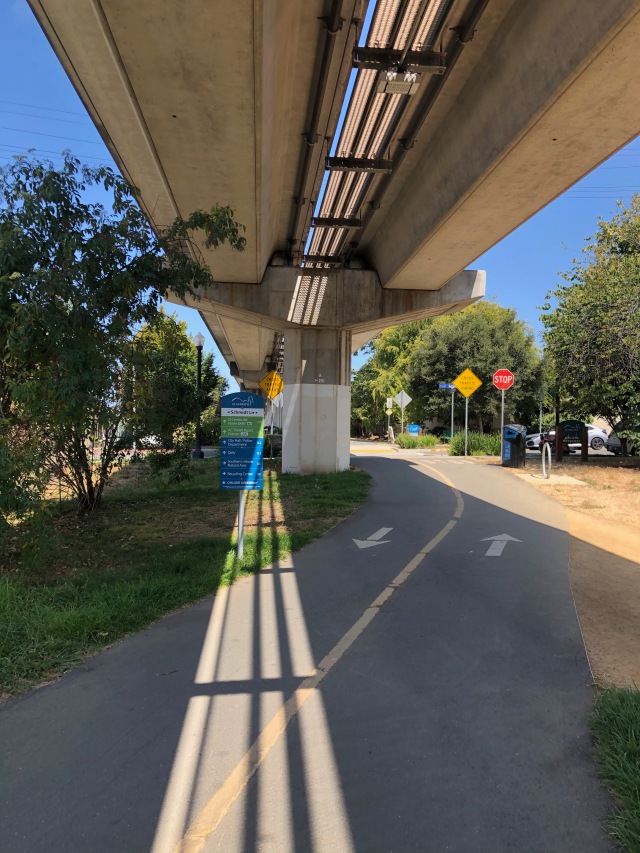 Once there, we made a beeline to the Richmond Ferry dock which sits adjacent to the former Ford Richmond Assembly Plant (the largest assembly plant to be built on the West Coast and its conversion to wartime production during World War II aided the United States’ war effort). 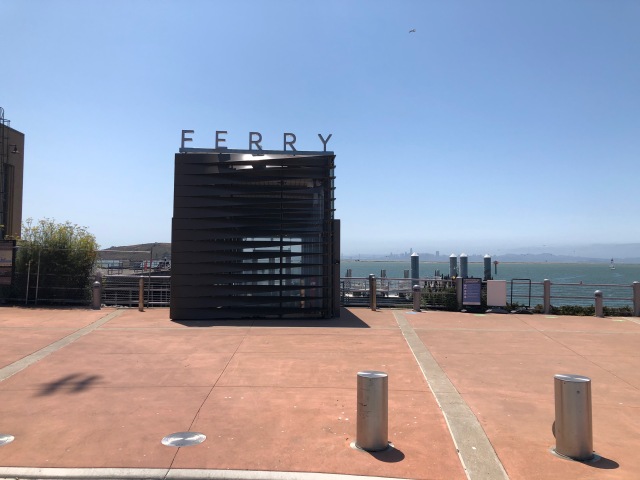 Now home to the Rosie the Riveter World War II Home Front National Historical Park, it was closed due to Covid and we look forward to returning their one day in the future. 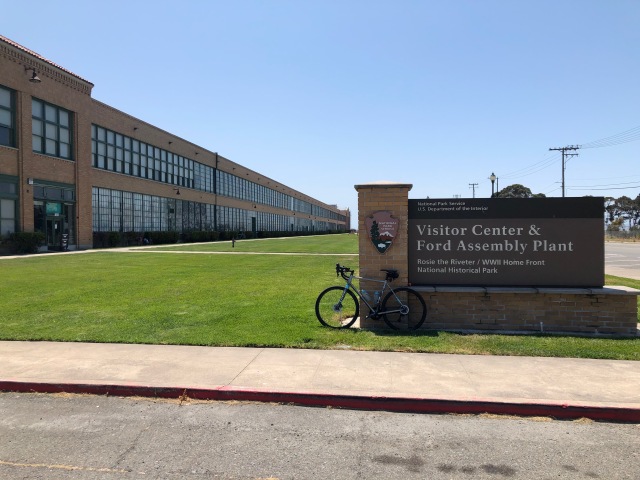 With just a few miles to pedal home, we circled back towards the bay and stopped at a Starbucks for a very large iced coffee and now full of caffeine, picked up the Bay Trail and followed it all the way down to Emeryville and the by now familiar streets that took us back to Oakland and the apartment. 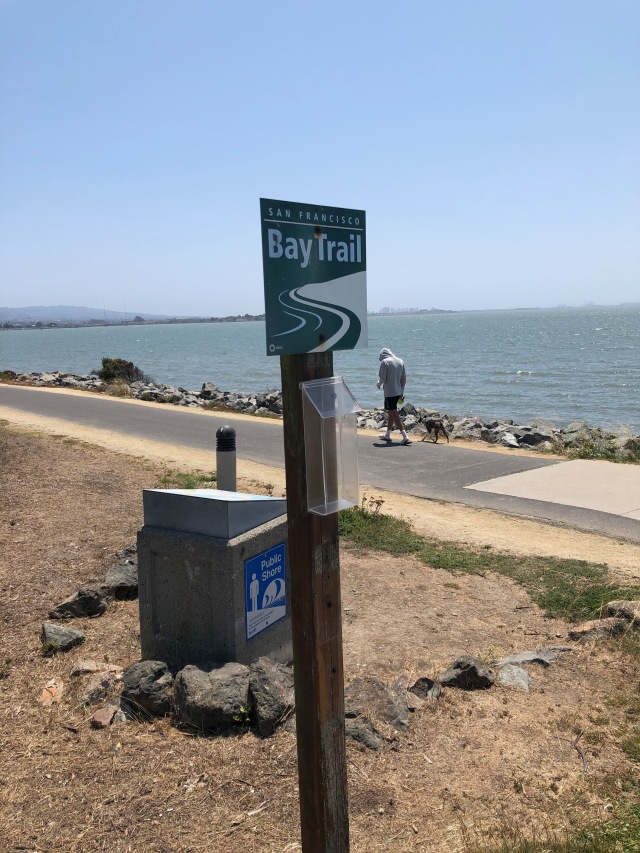 On Monday we left late morning to head north, stopping first at a Safeway to pick up groceries and then grab some food at a The Habit Burger Grill in the complex where the market was located.  Originally a family owned chain founded in Santa Barbara in 1969, it was acquired by Yum! Brands (Taco Bell and KFC) this year (2020) and not included in the sale were the eight original eight locations in Santa Barbara County, which remain under the ownership of two of the original investors. 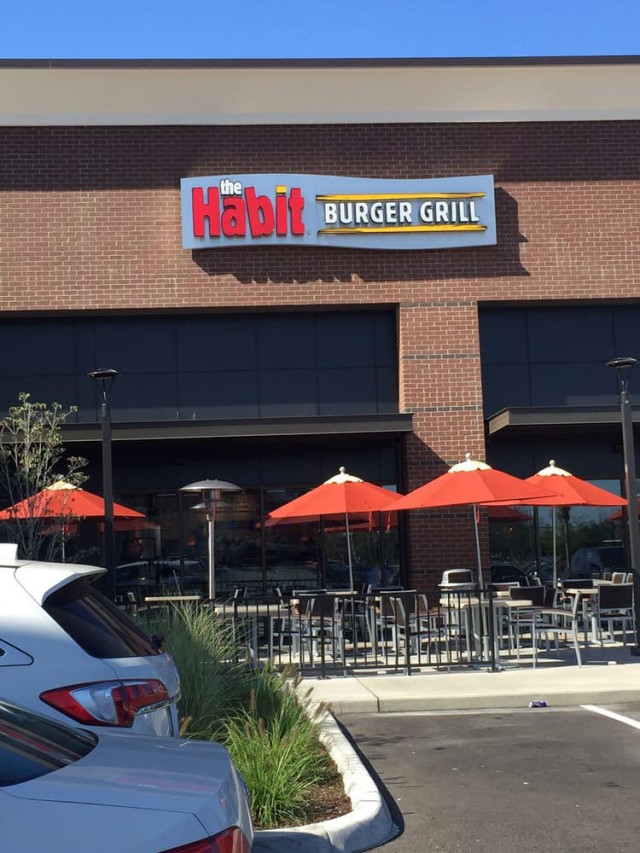 In 2014, their “Charburger” was named the best burger in America by Consumer Reports, scoring an 8.1 out of 10 among 53,745 participants.  This would be the second time we’d eaten at one (the first-time last year after a Happy Hour hosted by my High School’s 50th Reunion Celebration.  We were slightly tipsy that time and so wondered if this second time would be as good as the first.  It was.  A well-built chargrilled burger with classic accoutrement (lettuce, tomato, onion, and secret sauce) we consumed with gusto, it being every bit as good as last year. 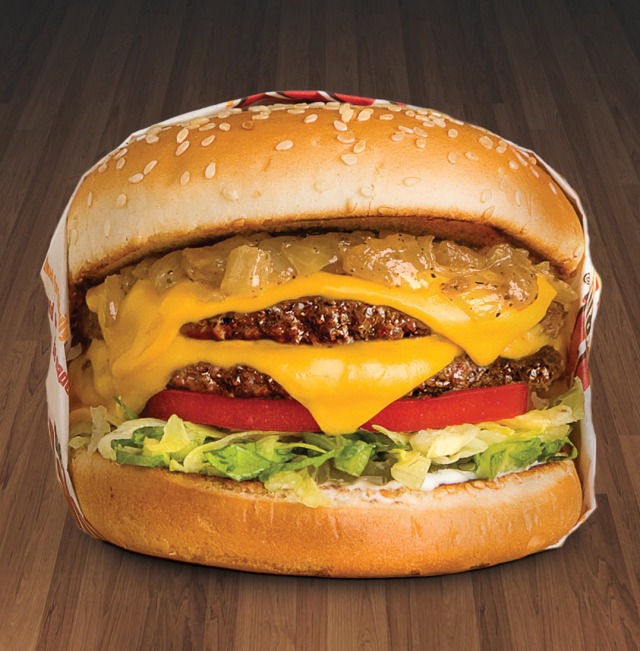 Sated, we proceeded north on the 101 for 3 -1/2 hours to Richardson Grove State Park for two nights of camping amongst the redwoods.  A year-round park, it’s approximately 2,000 acres straddles US 101 and is said to have the 9th largest tree of all remaining Coast Redwoods.  In 1922 the Save-the- Redwoods League, concerned about potential destruction of the trees here by highway construction and logging, persuaded the State to acquire 120 acres of the redwood grove.  Between 1922 and 1935, Ed Freeman, who had been instrumental in naming the park after former California’s 25th governor Friend W. Richardson (1923-27), operated the new park as a concession. 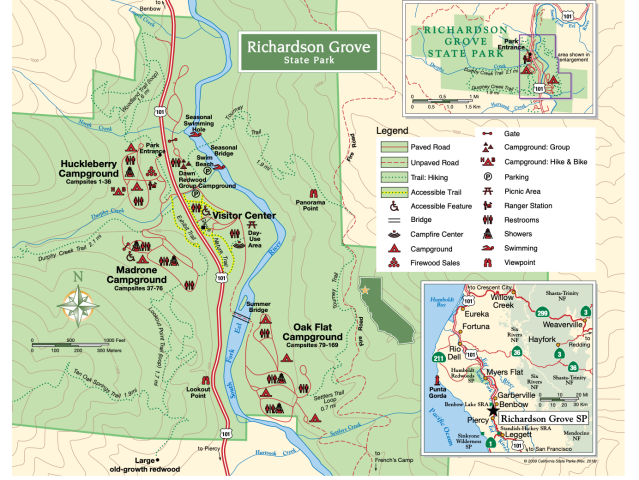 We located our campsite and set up camp under towering trees, ready to relax away the rest of the afternoon.  Around dinner time we cooked two pieces of marinated salmon we’d purchased at the market earlier and enjoyed them with fresh sweet corn on the cob. 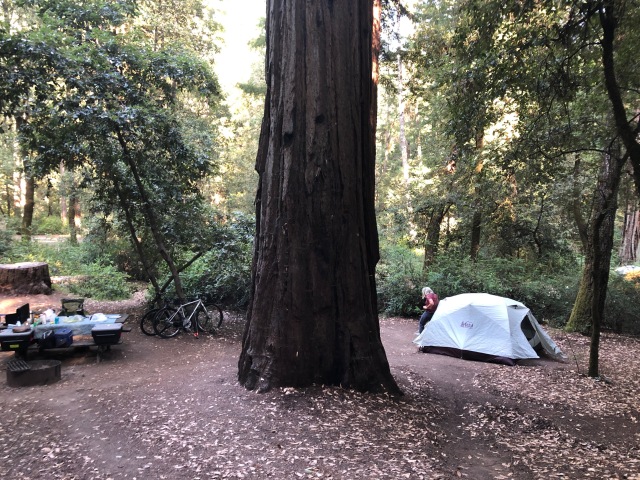 We were off to a good start and looked forward to the next couple of days, anticipating some hiking and the feeling of ease one gets spending time in the redwoods.  Warm days would lead to pleasant nights, just cool enough to cover up in the sleeping bag.  It was nice to be camping after almost a year since our last adventure and as usual we found it to be not a bad way to go. 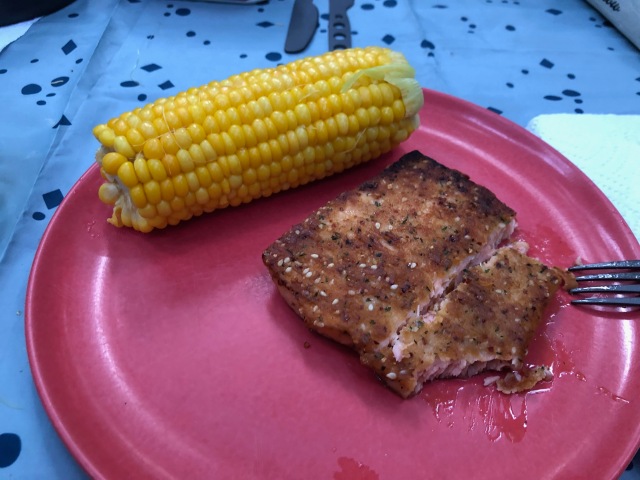 Salmon and Corn on the Cob