Leaving Vienna behind, we embarked for Budapest on a gloomy overcast day.  I was under the weather and so Joanna did the lion’s share of the driving that day.  It’s important to remember that for the next week or more, we’d be traveling through areas formerly under communist control, and that tourist related services we would take for granted, such as easy access to hotels and restaurants, would be limited.

As such, the only place where you could book a room was the central tourist office.  In those pre-GPS days of travel, sometimes finding a small office in an obscure spot could be a trying affair. And thus it was for us that day.  Budapest is the capital of Hungary and its largest city and became a single municipality occupying both banks of the river Danube in 1873 with the west-bank of Buda and the east-bank of Pest.  The tourist office was on the Pest side, near the river and try as we might; we couldn’t quite seem to find the turnoff from the major boulevard that brought us into town, across a bridge from the Buda side.

Our Room in Budapest, Complete with TV

We found ourselves in this seemingly endless cycle of missing the turn, making a circle (these were pretty much all one way streets) back over to the Buda side, then back to the Pest side and on and on and on.  Traffic was heavy so we had to stop a lot, and each time we did local youths would rush up to the car with dirty newspapers offering to clean our windshield.  Finally, we figured out the route needed, found the tourist office, and booked a room in a brand new hotel, converted from what had been a soviet era apartment house for workers, it was a shining example of Hungary’s embrace of their free market future.

The day of our arrival was Jessica’s birthday and so we asked the clerk at the front desk for a restaurant recommendation.  After a bit of rough translation we set off via bus into the center of town to find the place.  We found it without trouble, ordered a nice meal and relaxed after what had been a trying day.  Imagine our surprise when we glanced over at the cash register station to see the clerk from the hotel.  It turns out it was her sister’s restaurant, thus the recommendation.  Fortunately for us, it was a good one.

High Above the Danube

At the end of the meal we labored with our non-existent Hungarian and their rudimentary English to try to order a piece of cake with candles for Jessica.  Not being quite sure what exactly would show up at the table, we were delighted when they brought out a couple of pancakes, covered in chocolate syrup with a single candle burning brightly.  Jessica summoned up a mighty four-year old breath, and extinguished it in one go. 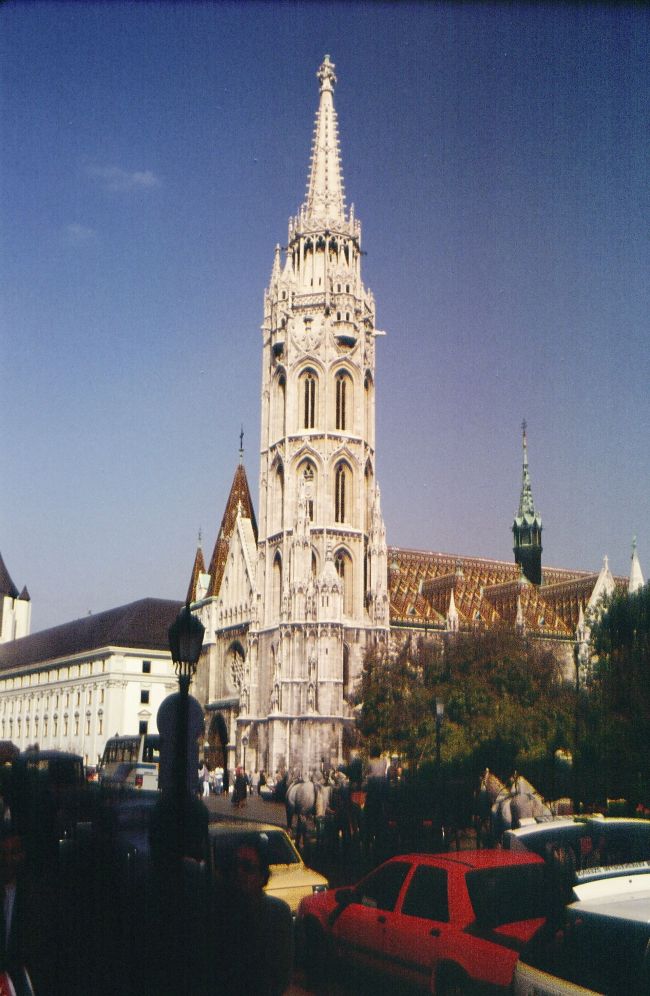 Budapest is a lovely city, full of impressive buildings and great views of and above the Danube.  A fairly efficient underground metro moves you around conveniently, and so we covered quite a bit of ground the next day sightseeing in the morning and taking in The Budapest Zoo in the afternoon.  We found a nice place for dinner on the Vaci utca, the main pedestrian shopping street and returned to our room ready for a good night’s sleep in preparation for our drive the next day to Eger.  Not long after we’d settled in, a knock came on the door and it was the hotel work crew, there to install our television.  Soon thereafter, we were able to watch the three or four channels available to us; none in English but still a pleasant surprise. 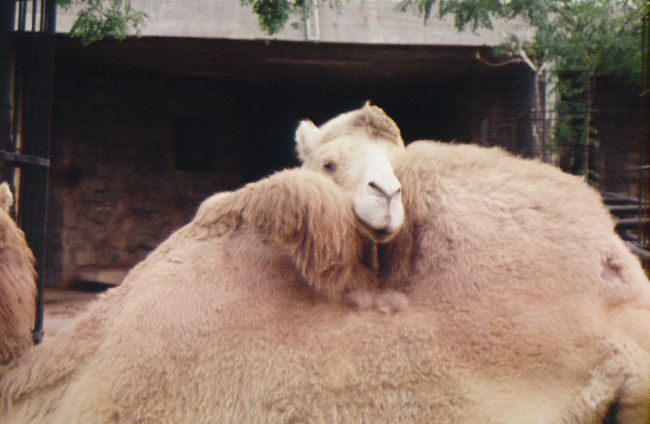 The drive to Eger the next day was a hair-raising experience rivaling some of our days in 1984 in Yugoslavia.  In many places around the globe, speed limits, double yellow lines, and no passing signs are routinely ignored and our jaunt through Hungary that day was an exercise in watching a number of drivers narrowly avoid death and destruction. 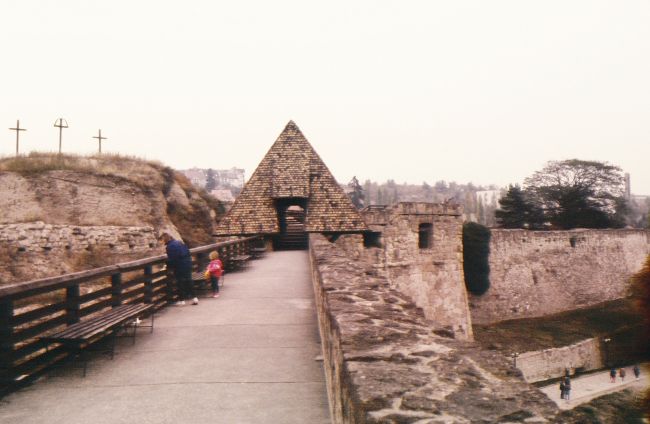 We’d chosen Eger as a place to stop based on a series of articles that had run in the Los Angeles Times by the husband and wife team of Beverly Beyer and Ed Rabey.  The beginning of their feature hooked us:

EGER, Hungary — Hungarians call the dark red and robust wine of Eger “Bull’s Blood,” and it’s as apt a phrase as any for describing the strength and dauntless courage shown by the citizens of this city in north-central Hungary when they repulsed the Turkish sweep northeastward in the 16th Century.

Eger indeed was a town worth visiting.  Our first day in we toured Eger Castle with its impressive view of the city.  We ate dinner at the Talizman, recommended by Beyer and Rabey and had a remarkable meal, featuring cold fruit soup as a starter, which included a bottle of wine and ran about $15.  The next day we made our way out of town to a cave reputed to have been the habitat of prehistoric man.  It involved a pretty good hike out and back, one we could have shortened by taking a train heavily used by Hungarian day-trippers. 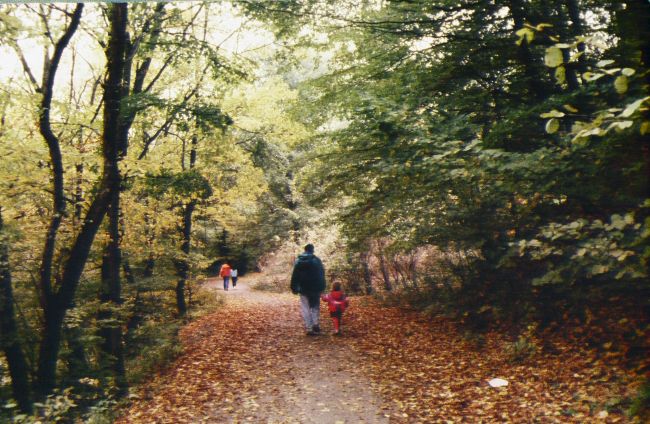 Father and Daughter and the Long Walk Back to the Car

On the way back to town, we made a detour to track down a local farm known to breed Lippizans.  After much driving around, including a number of instances where we stopped to ask a non-English speaking local who pointed the way after Joanna made the sound of a horse whinnying, we found an open field with a large number of this famous breed.  While there Joanna found someone who spoke English and he told us how to find the farm where the horses were quartered.

Upon arrival we happened upon an American couple there to consider purchasing a stud for breeding.  It was an overcast and blustery day and I’ll not soon forget the energy charged atmosphere as we observed them around this powerful horse, particularly when they returned it to the barn after taking it out for a ride.

We drove back to town and made our way to Sirens’ Valley, also known as the Valley of the Beautiful Women.  Eger is at the heart of one of Hungary’s best-known wine regions and is famous for its Bull’s Blood (Egri Bikaver) Wine (http://en.wikipedia.org/wiki/Egri_Bikav%C3%A9r).  The valley is populated with about 50 wine caves, which serve the Bull’s Blood and varying levels of food service.  The caves vary in demeanor from those directly pursuing tourists to those that appeal to the locals.

Wine Cave in the Valley of the Beautiful Women

A final memory of Eger is Joanna’s pursuit of a hand-beaded vest that a local street merchant had on display.  She made a number of trips back and forth to try on the vest, to bargain a bit, and to agonize over whether to buy it or not.  Finally, on our last day there, she left Jessica and I in the room early in the morning and made her way back to the booth, where after much negotiating she bought the vest for not much less than she might have paid for it back in the states.  But the hand craftsmanship, the experience of the exchange with the woman, and the beauty of the vest made it all worth the while; we still pull out that vest from time to time, admire its beauty and re-visit our time in Eger.