After a couple of busy days sightseeing in Granada, added to a string of similar days from Seville on, we decided to spend the next two days hanging around camp and getting a couple of bike rides in.  I asked the campground owner I’d talked to before about potential routes and he said that if we rode up the hill towards the next town of La Zubia and kept going in the direction of Cumbres Verdes, we would find a dedicated bike path and some good riding.

I’ve lost some weight on the trip, have acquired a bit of a tan and generally feel pretty fit and this appearance may have led him to believe that I am a much better cyclist than my current reality provides for.  We set off out of camp on that Monday, Joanna’s birthday, intent on getting in some quality miles to provide the basis for what could be a great day for her.

We began riding up the hill to La Zubia.  Not a big distance by any real standard but a tough way to start a ride.  We went as far as we could go on the road and when it hit a dead end, side tracked where we could see some cars in the distance and discovered the Cumbres Verde and the promised bike path. 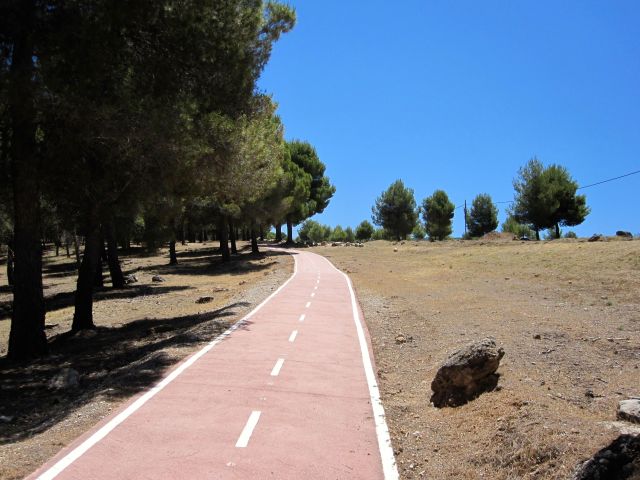 Thus began an indeterminate amount of time climbing.  And climbing.  And climbing some more.  It was warm out, and the slow pace, sometimes as little as 4 miles per hour; I was managing encouraged some pesky flies to spend time harassing me.  Not long after I passed a painted sign on the path that advised the grade was 16% I began to question my commitment to a sport that could so quickly demolish ones sense of worth. 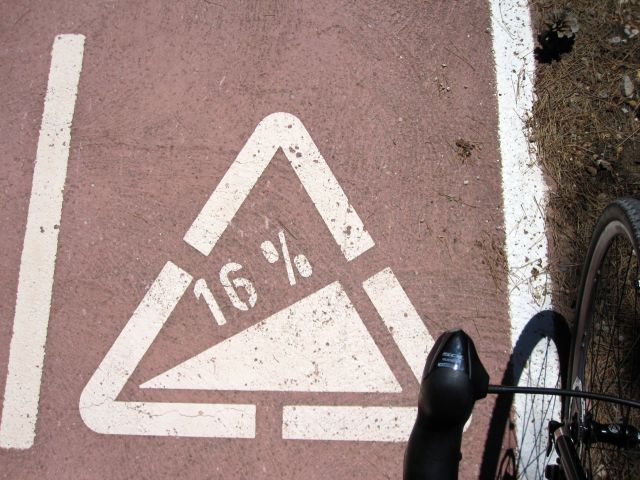 Joanna and I regrouped at some point and decided that as we couldn’t see anything even remotely resembling a summit, we’d turn around and try to find a better route lower down the slope.  We began our descent; made tricky by a very uneven surface covered with debris and about three quarters of the way to the bottom I heard the demoralizing sound of my rear tire leaking air, the sure sign of a flat.

I dismounted, checked the tire to make sure it was truly going flat and then walked down to the end of the path.  Given that this was the last in a series of punctures in this tire, and the route back to camp involved a fairly steep descent, I was leery of trying to patch it.  Being not that far from Reina Isabel, we decided that the best course of action would be for Joanna to ride back there, pick up the car, and come fetch me.

Off she went and I settled in for what I calculated would be a 20 to 30 minute wait.  I found a bit of shade and used it for a time, sitting on an uncomfortable rock.  I’d then alternate by sitting on a wooden bench in the sun.  Time passed and I traded positions a couple of times.  More time passed and I began to formulate some alternative plans thinking that Joanna may have finally reached the breaking point of traveling with me and taken off for the hills.

I pulled out the tools I would need to repair the tire and got it off of the rim.  In searching for the puncture I discovered a cut, the second one for this tire (the first back in Montigny) and realized that I was stuck, as I had nothing to boot it with, having used my last one to fix the prior cut.  I was clearly out of luck, and while pondering my next move was quite relieved to see Joanna pull up in the car to rescue me. 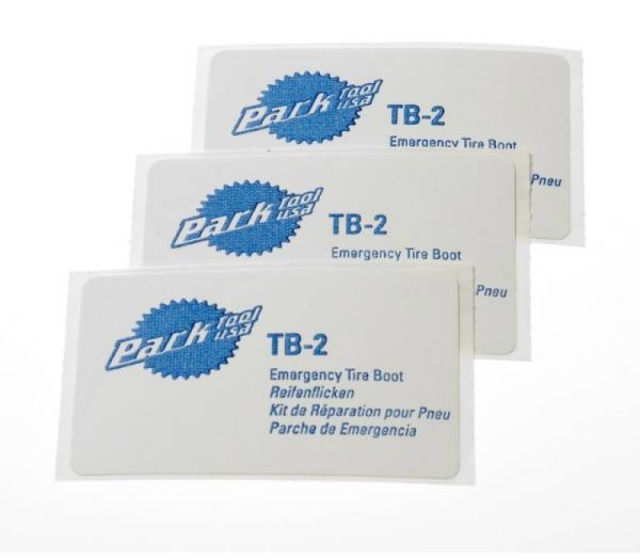 It turns out she had lost her way on the return by bike to camp, trying to find a landmark or sign that looked familiar enough to put her back on track.  Finally, she stopped and asked a local for instructions and sensing her inability to understand Spanish, he motioned for her to follow him as he led her back to Reina Isabel.  This is not an unusual here, to have someone take the time to help us out when lost or in need of information.

A trip to the local Dia netted supplies for dinner and so we passed a quiet birthday in camp, our traveling friends having dispersed, somewhat of a let down from the preceding days.  I had placed a new tire; the one spare I had brought with us, on the bike and it seemed to hold air.  We arose the next morning intent on getting in a few miles to erase memory of the lousy ride the day before.

Setting out from camp towards town we stopped at a bike store we’d spotted at the edge of the city. From there we rode for an hour or so in the neighboring towns, just generally exploring by bike, even climbing up a hill or two to make sure we still could.  It was a good recovery day.

To atone for the less than spectacular birthday dinner of the day before, and to make it simpler to break camp the next day, I offered to take Joanna out for our last meal at the restaurant in camp, which appeared to be popular and offer good food. 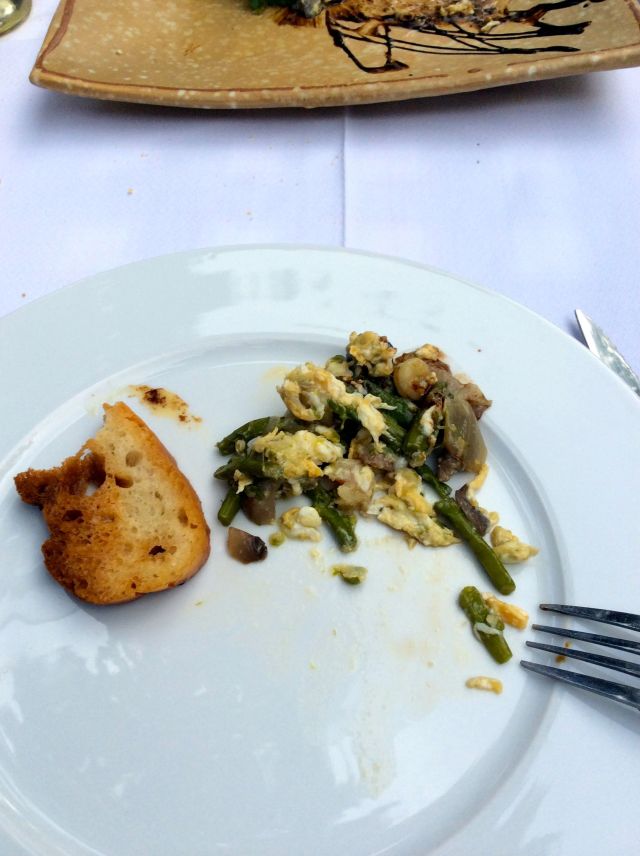 We made our way to the dining area and ordered a bottle of the house white wine and, an appetizer of scrambled eggs (Revueltos) with asparagus and mushrooms served with toast, and our entrees; for me grilled chicken breast with potatoes prepared in a local style and for Joanna stuffed cod with the same potatoes. 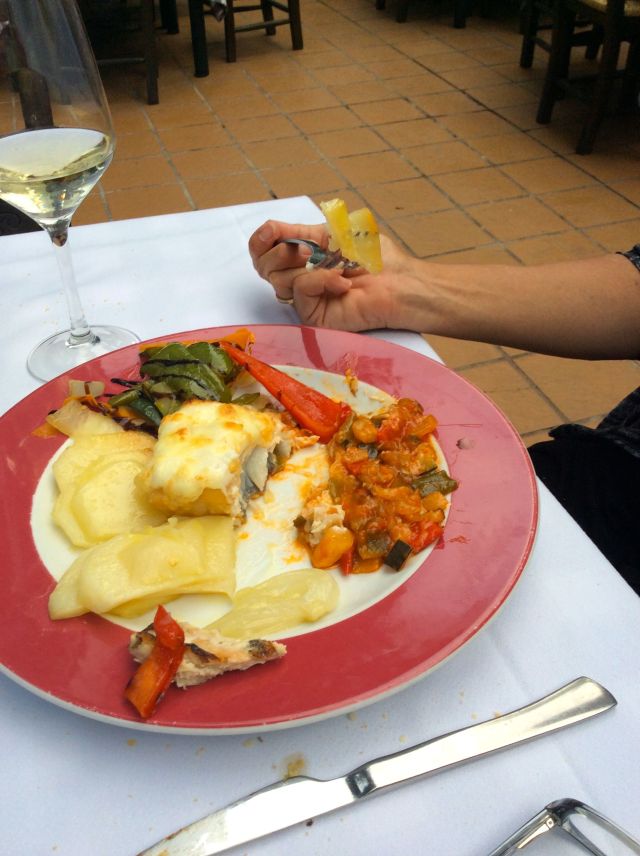 It was a delicious way to end our stay in Granada.  Our waiter appeared to be new and confused at times and when we went to settle the bill, I noticed that we had been charged 20 Euros for the best white wine, not the 12 Euro house wine we had consumed.  I asked him about the charge and with the help of the manager we worked out that I should have been charged the lesser amount.  As they had already processed the charge, the adjustment was made in cash.  We left full and happy to go to bed, yet sad to leave Granada, a lovely town we’d grown quite fond of. 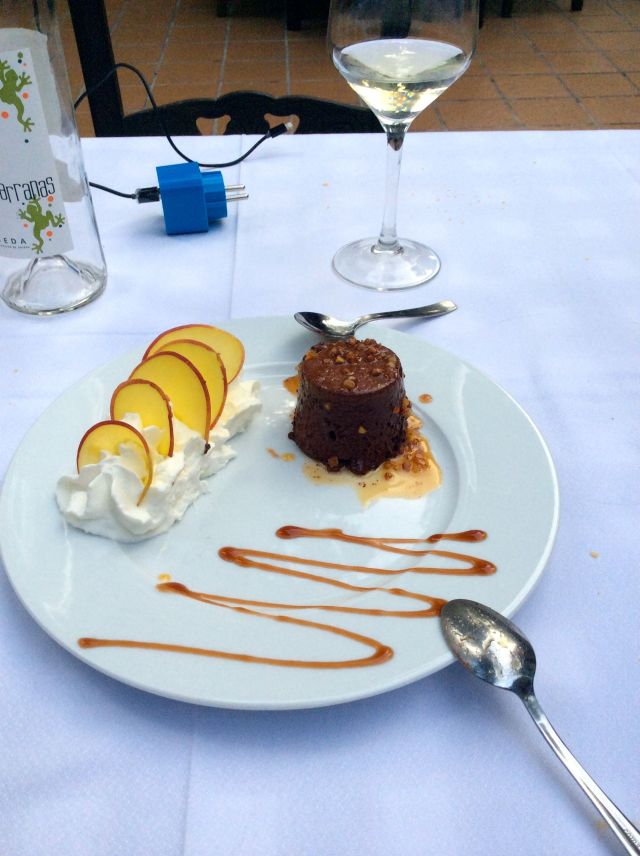