Europe 2014 – Madrid: Why Were We Nervous About its Size? 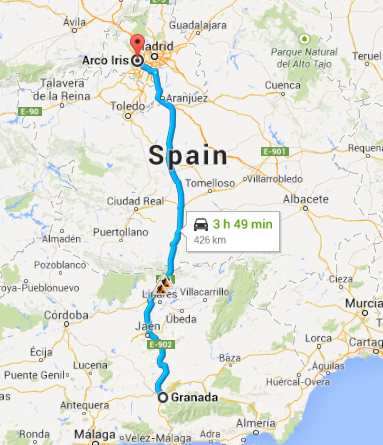 After a couple of weeks of staying in and dealing with smaller towns, we weren’t sure what to expect with Madrid, a town of over 3 million people.  Would the city be navigable?  Would our campground on the outskirts require a long commute to town?  Find Camping Arco Iris turned out to be relatively simple, Madrid being encircled by a number of ring roads, the campground situated just off the M50.

It is a large facility, with many permanent and semi-permanent trailer installations, much as we had seen throughout the trip.  We checked in and set our camp up the hill on the backside of the property, under the shade of a mesh canopy covering a number of the pitches.  A quick run to a Mercadona in a neighborhood close by, mainly populated by folks associated with the Universidad Europea de Madrid that dominates the area, netted us our dinner supplies and we settled in for the evening.

Heading into town the next morning, what we thought would be a complicated and tiring commute, involving two separate bus lines, became easy when one of the staff members (all of whom were extremely friendly and helpful) suggested that we just drive over to the second bus stop, as parking would be easy there.  And it was with a ten-minute drive, plenty of street parking in a safe neighborhood, and the bus running on a pretty regular schedule.

As had been the case with other cities, the route for this regional bus ends at a major terminus, in this case the Principe Pio station.  This old train station, built in 1925 now handles regional trains, the metro, and a large number of regional bus lines.  The upper portion has been very nicely converted into a mall, integrating the old station with its newer elements.

In Madrid, and later in Barcelona, we would utilize multi-ride bus cards purchased at the station, ten rides per card, saving about 50% for each ride.  Two people could share it (you validate in a machine on the bus for each trip) and the convenience of having the card meant not having to fumble around in your pocket for bus fare

We walked from Principe Pio up a long hill that surrounds both sides of the Sabatini Gardens that sit at the base of the Royal Palace, our destination for the day.  First though, we made our way to the TI office at Plaza Mayor, stopping for a snack at a small shop in our usual fashion.  Then we walked to Puerta del Sol, Madrid’s hub for activity, to visit the Apple Store located there to get some genius advice, mainly to ask if our inconsistent luck picking up Wi-Fi, say at McDonalds, was due to some adjustment we could make in our various devices (2 iPhones, 2 IPads, and the MacBook Pro).  Nope, all wireless is the same is the answer. 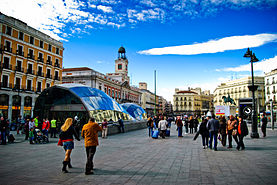 We walked back over to the Royal Palace, purchased our tickets and spent an interesting couple of hours touring the part of the facility that is open to the public.  With 2,800 rooms totaling 1.5 million square feet, it is Europe’s largest palace.  Reflective of Spain’s wealth before its decline, the rooms we visited are lavishly decorated.  As you tour, it is always interesting to think about what life might have been like living in such grandeur.

My one complaint with the tour is that there is absolutely no place to sit down.  Walking slow or standing exacerbates the back problems I have, so two hours or so of that type of activity make it difficult to thoroughly enjoy the time spent.  In one room I actually knelt down on one knee to take a break only to be reprimanded by one the attendants that this was not allowed.

Of the many rooms we visited, a couple stand out in my memory: 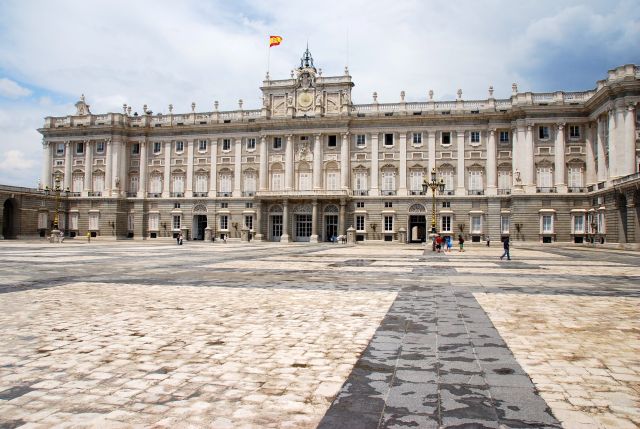 We exited the Palace and began the walk back to Principe Pio.  Tired and hot from a long day of walking, and it being later in the day, we decided to stop for a beer and bite to eat at one of the restaurants in the mall there.  Our choice was the Oktoberfest Bier Garden, as it would offer a nice break from our steady diet of Spanish staples.

We ordered a couple of beers, one a liter size and as we had wireless in the mall, were able to post a picture to friends, much like being back in the States.  At the table next to us, three women well into adulthood had ordered and were served the three-liter boot of beer, to be consumed through straws.  We laughed along with them and the other diners as they tackled this enormous amount of liquid. 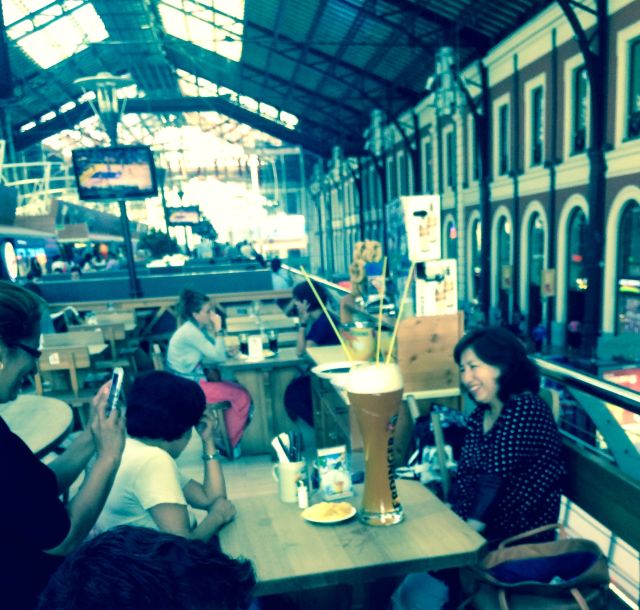 Friends and Their Beer

It was obvious they were good friends, out for a fun night of a little eating and drinking.  I thought of the times we had gathered with friends, at our favorite watering holes and the memories those gatherings produced.  Life on the road is fun, and it is an adventure.  But it lacks the fullness of friendship and sharing.  I’m looking forward to that first beer I have with a friend.  It will take me back to Madrid.