We spent a pleasant Wednesday night at Sheila and J.B.’s place ( one of the best parts of the trip has been the opportunity to spend quality time with people we don’t get to see too often) and took off Thursday morning to drive to Escondido to meet my former boss and mentor, Margaret Snow at Stone Brewery. 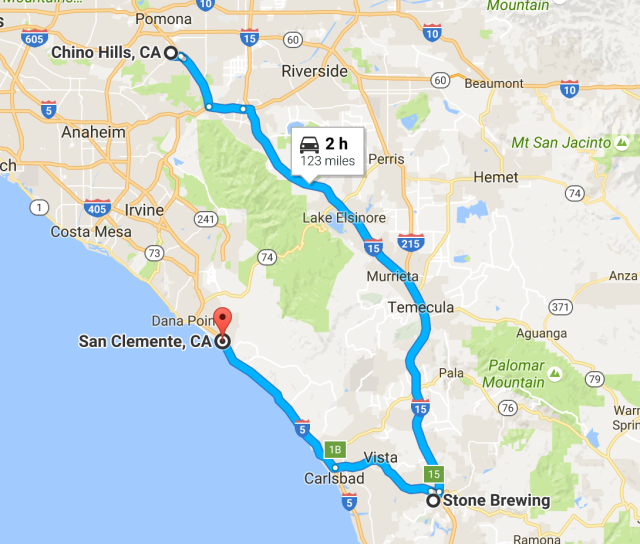 Margaret had just moved back to the West Coast after living in New Hampshire since 1995 and we’d only seen her a couple of times in the intervening years.  I was working as the General Ledger Accountant for ASUCLA when I first met her, having been on the job for almost three years, nearly six into my tenure with the student association.  She provided support to the then Executive Director and was tasked with managing outreach to the two student governments (undergraduate and graduate).

I had reached a point in my career where I didn’t see any room for advancement and Joanna and I were seriously discussing moving to Northern California where I would pursue an MBA as a full-time student.  It was around this time that Margaret tapped me on the shoulder one day as I was standing at the copy machine and suggested that I keep my eyes open for a new position being considered.

Kerckhoff Hall – My Professional Home for Many Years

And that was the beginning of what would become the career I embarked upon for another 25 years, moving over to the student affairs side of the house and eventually becoming the director of the student union, tutored and mentored by Margaret the first six years.  We last saw her in 2012 when I attended a conference in Boston; Joanna and I flew in a few days before the start of the event, drove up to New Hampshire to visit her and her grandsons and then spent the next night in East Chatham (up-state New York not far from Woodstock) with another former ASUCLA colleague, Pat McLaren. 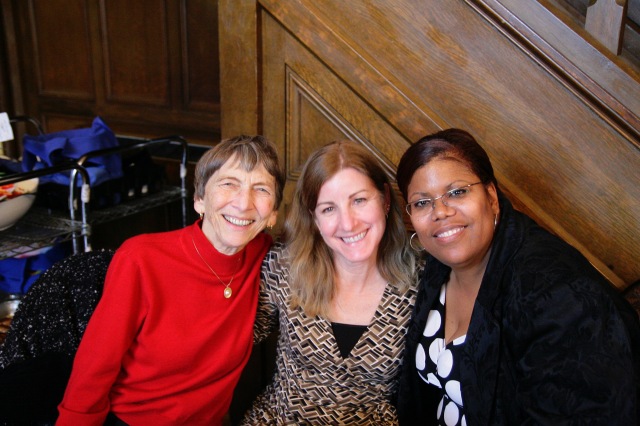 We arrived at Stone around 11:30, bought a t-shirt at the on-site gift shop and not long after Margaret arrived.  We try to get to this brewery whenever we visit Southern California as we are big fans of their beers and the restaurant is a gorgeous setting, both inside and out.

The Patio at Stone

We sat outside and over the course of a couple of hours had a bit to eat, the Brussels Sprouts (Crispy Brussels sprouts with a sweet and sour twist and fried pancetta lardons) and the Avo Tot, something akin to that great appetizer we got in New Orleans, avocado paste deep friend and then drizzled with a piquant sauce.

The Bar at Stone

Although the brewery has an extensive guest beer list, we stayed with Stone products, Joanna enjoying a tangerine influenced IPA and I the encore 2002 Vertical and then an Enjoy by IPA.  It was a delight to spend time with Margaret, filling her in on our travels, the changes in our personal lives, and getting the same from her, catching up on the events in our lives over the last five plus years.

To complete our experience, we split an order of Stone’s Xocorosa Ice Cream, a “Tongue-tingling chocolate with jalapeno and smoked paprika, spiked with rose”.  Rich, creamy with that little bit of zing from the pepper, a delightful way to end our meal.

We finished up and after dropping her off at her new place in Lake San Marcos, drove the remaining distance to San Clemente to spend a couple of nights with Jan and Evan.  We bar-b-queued that night for dinner and the next day were joined by a former colleague and friend, Mark when he, Evan and I went out for a 20-mile bike ride down the coast through San Clemente proper and past the now closed San Onofre nuclear plant down to the entrance of the state park of the same name.

I’ve ridden this stretch of road/path many times, often with Evan and at least once a year with my former bike club, Marina del Rey Cycle Club (MDRCC) when we would do a century (100 mile) ride from the Santa Ana train station to downtown San Diego, taking the train back to our cars when finished.  It was good to be back out in a familiar place, one that provided a compelling contrast between our lives in North Carolina and the ones we left behind in Southern California.  We turned around and rode back to Evan’s house where we put back a couple of beers apiece before bidding Mark farewell.

For dinner, we drove to Pizza Port on El Camino Real in downtown San Clemente for some of their fine craft beers and good pizza.  It was crowded that night but we found four seats at the end of one of picnic tables they use for dining, ordered our beers, two pizzas and garlic knots to split and just generally had a delightful meal, nothing gourmet but ultimately as satisfying as it can get.

Saturday morning, we gathered up our belongings and took off for the short drive down to Solana Beach to Kim and Marty’s new condo, where we’d join them in picking up Jessica and Kris a around noon at the airport in San Diego for the beginning of a fun weekend.  We left a little earlier than we had initially calculated we’d need so drove down to the Café Calypso on Avenida Del Mar, just west of El Camino Real. 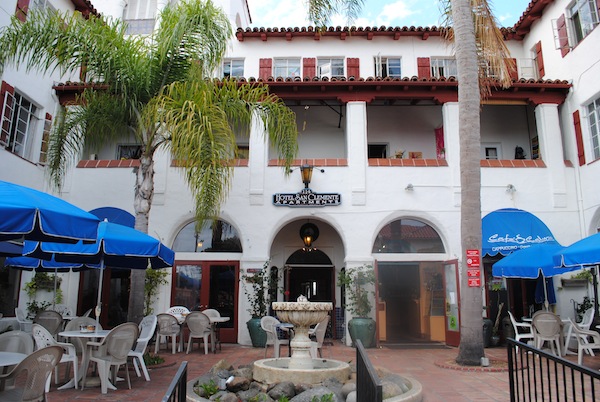 We’ve stopped here a few times when doing the century bike ride, as it’s roughly halfway to San Diego and a good place to take a break as nothing lies between here and Oceanside but Camp Pendleton.  It is also the place and that Jan and Evan often frequented with her parents prior to her Dad’s passing several years ago.  We sat outside on a clear warm morning and I went inside to order a latte and breakfast wrap with scrambled eggs, tomatoes, provolone, Feta, and hickory smoked bacon for Joanna and I to split.

It was just the right amount of food to get us through what we knew would be a busy morning until we’d get a chance to eat later at Ballast Point in San Diego after the airport run.  We’d had another full set of days, reconnecting with so many important people in our lives.  Sometimes this part of the trip weighs on you, spending the bulk of your time with people, losing a bit of control over the schedule of your life but we wouldn’t do it any other way, given this chance to spend so much good time with folks we know and love.  It’s how we make up for being so far apart most of the time and how we make sure that our memory banks are topped up, full of good thoughts about those we cannot see when home in North Carolina.

Evan (The Big Guy) Ready for Our Ride