This next to the last day of the tour would be challenging as we would leave the GAP trail and connect with the fairly new, not quite completed Montour Trail by having to follow a set of convoluted directions through the outskirt of Pittsburgh. This is where we were going to rely on Mike as he had been a board member of the group responsible for bringing the trail into existence and for its ongoing expansion and maintenance. 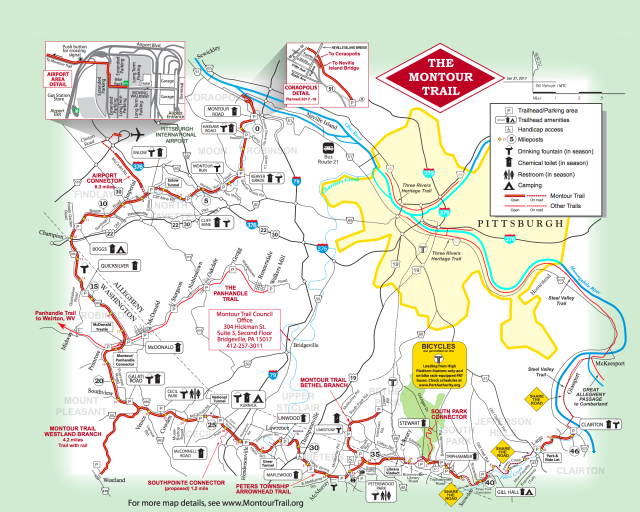 Our destination for the day was the Cecil and we’d ride a bit under 50 miles to get there. We’d have another dry day, not too warm so conditions were nearly perfect for a good day on the bike. After the punishing day we’d had yesterday, we were content to slow down and follow Mike’s lead, a steady respectable pace, particularly considering he was a couple of years over 70.

Bridge on the Montour Trail

Our connecting route to the Montour turned out to be quite interesting as we rolled through slightly run-down neighborhoods of working class houses of folks who labored in the nearby coal and coke yards. Indeed, as we left the streets behind and gained the gravel portion of the trail, we would pass a number of coke tailings, tall mounds of debris one could easily mistake for a hillside.

Gravel Section of the Trail

With about fifteen miles to the finish, we stopped for lunch at the Simple Greek, Joanna and I splitting a grilled chicken pita, stuffed to bursting with meat, lettuce, tomatoes, and Tzatziki dressing. We parted company with Mike five miles out when he stopped for some ice cream and so we rolled into the park where we set up camp, among the first to arrive. Rain was forecast for the next day so we picked a spot with good drainage and not too far from the portable toilets.

Superfund Site in Moon on the Outskirts of Pittsburgh

Showered and refreshed, I wandered over to the eating and meeting area to discover that we’d be treated to free Sierra Nevada Pale Ale that night, which we could pour ourselves. We’d achieve maximum hydration soon thereafter, and remain pleasantly buzzed for the remainder of the evening. Dinner that night was Italian and satisfying, the highlight a seafood lasagna the likes of which one wouldn’t expect to find in a city park on a bike tour.

We slept well that night, tired from two hard days of riding and looking forward to a short day of 25 miles to finish the tour. We awoke to rain though and dodging the drops, packed up camp wet, tossed our bags on the truck and set out for Coraopolis. Soon covered in that fine gritting mud that these trails kick up, we ascended gently the first half of the ride, making for hard going, my lower back complaining with each pedal stroke,

A Dirty Bike at Trails End

Before long thought we crested the summit and begin a slow moderate descent to the outskirts of town. The final mile was a challenge, as the path was just a concept, waiting for the needed funding to make it really rideable. Through bumpy, rutted, and construction torn conditions we threaded our way to the final stretch of pavement that took us into RMU and our parked car.

Being early, not yet 11am, we considered cancelling our reservation at the Courtyard and just pushing on home that day. When they informed us though that we needed to do so 24 hours in advance we asked if we could check in early, the weather report showing a fast approaching rainstorm. They answered that we could and so we finished packing up the car and made our way straight to there, checking in, retrieving my laptop and settling into our room just as the heavens opened up, a torrential downpour that left us feeling very sorry for those folks still out riding on the trail.

With a full afternoon and evening in front of us and no set plans, we showered, dressed and lounged around the room for a couple of hours before setting out for downtown Pittsburgh and a few activities to fill up the rest of the day. Our first stop was the University of Pittsburgh and its famous Cathedral of Learning. I’d visited here in 2005 with Jessica on our college tour (she was checking out Carnegie Mellon) and remembered the building fondly, it having been vividly described to me by our dear friend Pat McLaren (now deceased) who attended the university.

This 42-story Late Gothic Revival Cathedral is the tallest educational building in the Western hemisphere; finished in October 1934 prior to its formal dedication in June 1937. It functions as a classroom and administrative center of the university and is home to the Dietrich School of Arts and Sciences as well as the University Honors College and is best known for its 30 Nationality Rooms. 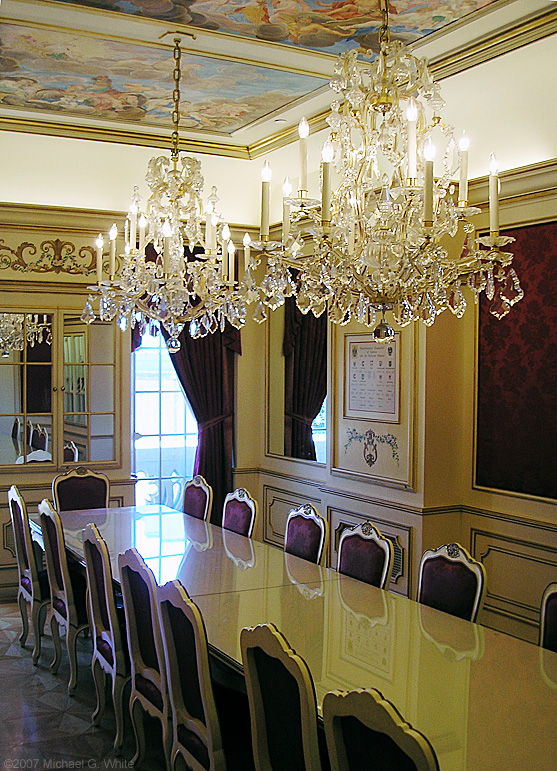 Each nationality room is designed to celebrate a different culture that had an influence on Pittsburgh’s growth, depicting an era prior to (or in the singular case of the French Classroom, just after) 1787, the year of the university’s founding and the signing of the US Constitution. Begun in 1926, the university provides only the room upkeep for perpetuity. All other materials, labor, and design were, or are, provided by the individual committees representing the room’s country. A typical room built between 1938 and the 1957 took between three and ten years to complete and cost the equivalent of $300,000 in 2006 dollars. More recent rooms have cost in the range of $750,000 and up 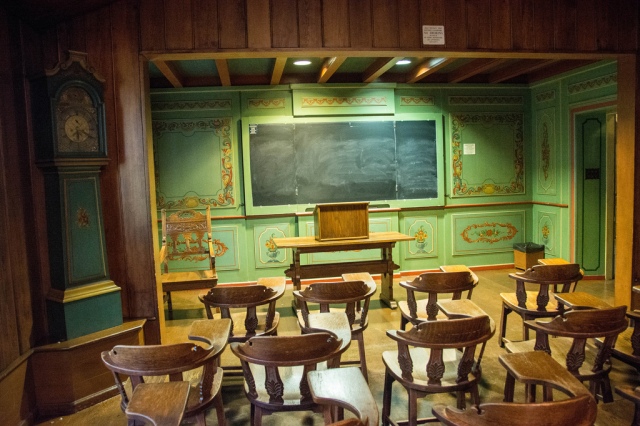 Not all of the rooms were open so we covered those on the third floor and prepared to leave when another ferocious rainstorm swept in. We tried to wait it out, but soon realized we could be there the rest of the afternoon so we made a dash for the car, getting completely soaked in less than the block we had to cover.

Our next stop was an area known as the Strip District, full of bars, restaurants, and shopping opportunities. By the time we arrived the rain had let up enabling us to walk a few blocks in each direction taking in the flavor of the area. Feeling a bit parched after our dash to the car; we stopped in at the Beerhive, a cool little bar where we each enjoyed a beer, Joanna the Turtle Power Grapefruit Pale Ale and I a Ballast Point Unfiltered Sculpin, also a citrusy brew with a slight haze and less bitterness.

Refreshed we decided go to dinner at a place we had passed on the way in, the Church Brew Works, a restored Roman Catholic Church (formerly St. John the Baptist Church). Originally built in 1902, it opened as The Church Brew Works in 1996, after undergoing extensive renovation, necessitated by years of lying dormant after being officially deconsecrated by the Diocese of Pittsburgh in 1993. In 2012, Pittsburgh Magazine named it one of the best breweries in Pittsburgh and it won the Large Brewpub Brewer of the Year Award at the Great American Beer Festival in the same year.

It’s a beautiful location, vaulted ceilings, brilliantly lit stained glass windows, wood-seating areas, and the brewing works standing where the altar used to be. We decided to just do appetizers and so ordered a crab dip (three cheeses, Lake Pontchartrain Blue Crab, CBW Celestial Gold Beer and spices) along with our first round of beers, a Stout for Joanna and the Pious Monk Dunkel, a Munich style dark lager for me.

We continued with the Untraditional Pierogies (a daily special), Seven Onion Soup (Laced with Pious Monk Dunkel and topped with homemade croutons and melted provolone) in honor of Uncle Dale and another round of beers, the 200% Fit Smoked Doppelbock, a smoked beer with hints of bacon for Joanna and for I, the Millennium Trippel, a 9.9% heavenly concoction similar to Westmalle. We finished with dessert, the Brewmisu (Lady Fingers dipped into coffee-sweet barley syrup. Layered with fresh Mascarpone cheese, Dusted with cocoa and served with a bittersweet chocolate fudge sauce), a knockout tiramisu, one of Joanna’s favorite desserts.

Pleasantly full and tired from a long week of riding and with an early departure scheduled for the next morning, needing to get home in time to turn around and go to a concert that evening, we left for the Courtyard and tucked in early, finishing off the last of some Jack Daniel’s Honey Whiskey, the perfect night cap for tired cyclists. 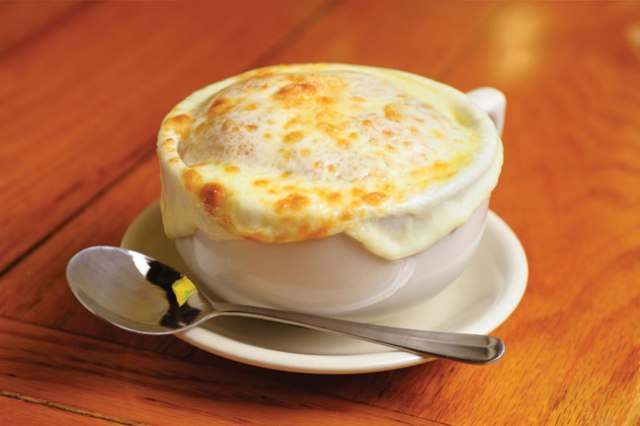 The drive home went smoothly except for the last ten miles or so as we hit the construction zone for the toll road project on the I-77. We’d just completed two fascinating weeks, full of family and its history, tall and not so tall tales, a new city to us on Lake Eire, a bit of rock and roll and another great bike tour. Time spent in the car that day involved re-living the highlights of the two weeks just spent and discussing the big events to come for us later in the summer, Cisco Fest 2017, the wedding of Jessica and Kris and then our departure for three months in Europe. Stay tuned for these reports on these and other adventures to come.