Our arrival on October 16th in Santiago was two weeks earlier than originally anticipated due to our switching to the bikes, giving us two weeks of time to fill.  After some deliberation, we decided to retrace some of our steps, this time as tourists, by revisiting the cities of Astorga, Leon and Burgos, towns we’d not had much time to devote to and then adding some other stops along the way back to Montpellier.  These would turn out to be Bilbao and Toulouse.

We booked all of our tickets at one time at the handy Renfe outlet inside the Pilgrim Reception Office and while doing so were informed I qualified for a senior discount program known as the Tarjeta Dorada or Gold Card.  At a cost of six euros, one must do enough train travel to recoup the initial cost, but once purchased it provides for a 40% discount Monday through Thursday and 25% off Friday, Saturday, and Sunday.

The combined cost of our four legs of train travel would be 126.05 euros (Santiago-Astorga 46.35, Astorga-Leon 19.10, Leon-Burgos 31.40, Burgos-Bilbao 29.20).  From Bilbao to Montpellier we’d switch over to a new bus option in Europe called Flixbus.  More on that later.  We opted to take a taxi to the train station the morning of our departure, as it was quite a hike through unfamiliar territory to get there, at a cost of 8.50 euros.  Unlike a number of European cities where the train station sits in the heart of town, our next few destinations had stations that sat some distance from the center and we’d use a taxi on those occasions.

The journey on our high-speed train, where we topped 200 kilometers an hour lasted a bit under four hours.  Our 2nd class reserved seats were wide and comfortable with plenty of leg room, a pull-down tray from the seat in front and convenient power outlets for our electronics made for all of the comforts of home.  Just after a food cart rolled down the aisle I got up to look around and discovered we were seated one car in front of the café car which offered a simple sandwich based menu and drinks along with places to stand or sit. 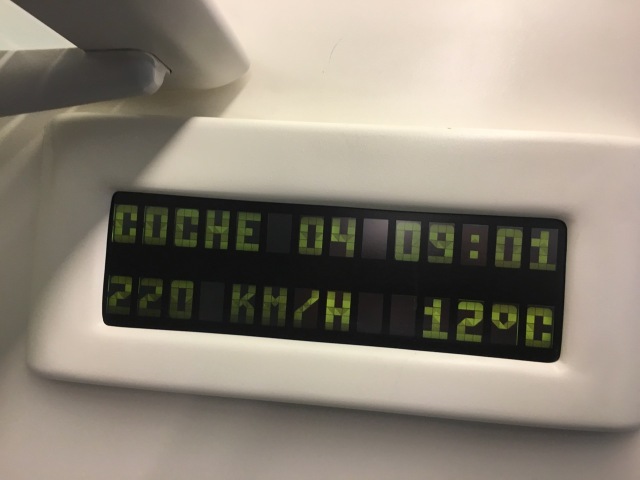 Honestly, why would anyone want to fly if they could travel like this for about the same price?  Regardless, we arrived in Astorga early in the afternoon and walked the half mile or so from the station to our lodging for our one night stay, the Hotel Gaudi.  Our nice sized room on the second floor had a view across the street of the Antonio Gaudi designed Episcopal Palace and the Gothic Cathedral next door. 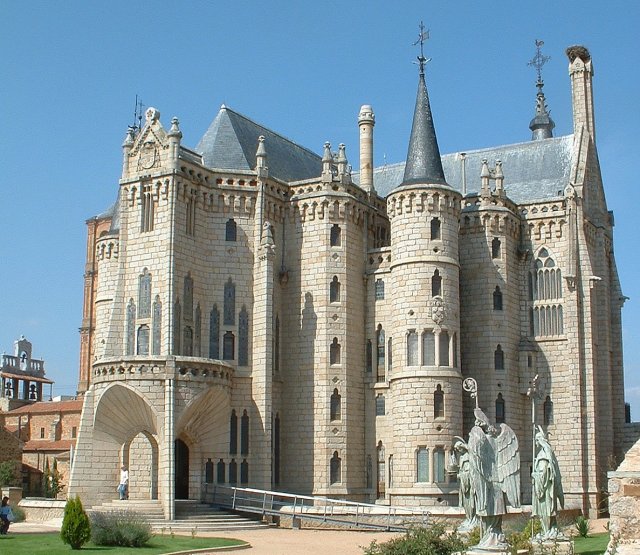 We set our luggage, down, set up the room and then took off to get as much sightseeing done as possible in an afternoon with our first stop across the street. When the original Episcopal Palace was destroyed by a fire in the 19th century, Bishop Grau decided to assign the design of the new building to his friend Antoni Gaud, who asked the bishop to send him photographs to begin the new project.  He sent his design back, it was approved in February 1889 and the first stone was put in place by June of the following year. 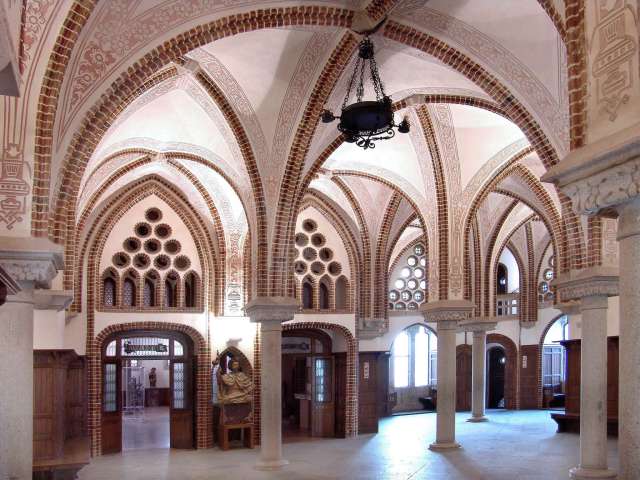 The edifice, built in gray granite from El Bierzo, is in a neo-medieval style and features elements typical of the later Gaudí, such as the arches of the entrance with buttresses, the chimneys integrated in the side façades and another façade with four cylindrical towers.  In 1893, after the death of Bishop Grau, Gaudí resigned over disagreements with the council, halting construction until it was completed between 1907 and 1915 by Ricardo Garcia Guereta.

The building is almost completely empty of furnishings so we could spend the bulk of the time taking in each rooms dimensions and physical stylings, all richly imbued with the sense of Gaudi.  There is one room devoted to the pilgrims who walk the Camino and a basement full of relics from the Astorga’s Roman occupation.

We then walked the perimeter of the building and with time left in the afternoon went next door to tour the Cathedral.  Begun in 1471, within the same walls of its Romanesque predecessors from the 11th-13th centuries, it’s construction lasted until the 18th century, thus to its original Gothic style appearance were added elements from later styles, such as the Neo-Classicist cloister (18th century), the Baroque towers, capitals and the façade, and the Renaissance portico.

Top Portion of the Entrance

Dinner that night, particularly following our two nice nights out in Santiago and a hamburger lunch in the afternoon was a picnic meal assembled from a Carrefour around the corner, giving us yet one more chance to consume an inexpensive bottle of good quality Rioja.  With a short distance to Leon the next morning, we killed time, I downstairs in the café/bar working on the blog over a Café con Leche, Joanna catching up on reading.

We then made our way to the train station, stopping in for an entertaining and educational tour of Astorga’s Museo del Chocolate.  Housed in a mansion built around 1911 it was a combined place of residence and production facility for the manufacture of local chocolate.  By 1925, Astorga was home to 51 chocolate makers, the greatest number in Spain at the time bringing some level of renown to this smallish town. 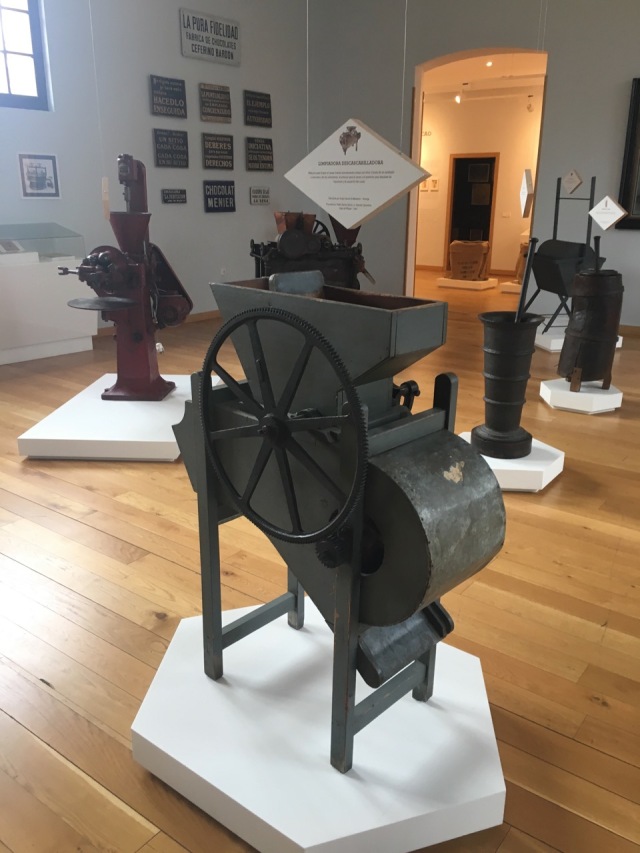 We spent more than an hour touring the facility, refreshing our memory about how chocolate is made, viewing the various types of production equipment used in the past, enjoying the finely put together displays of advertising materials from the 20th century onward and finally finishing with a tasting of three different types of chocolate, a 35%, a 46% with almonds, and a 90%.

All were good but the one that made the biggest impression was the 90%; one assumes this level of concentration will taste the strongest but have a bitter quality.  This was not the case though, the bitterness tampered, the consistency creamy.  We finished up, bought a bar of our favorite apiece and walked the final couple of blocks to the train station and our ride to Leon to let the rest of the adventure commence. 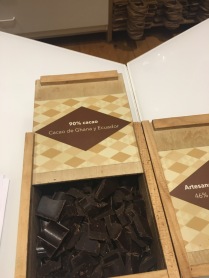