Packed and ready to go, I walked over to the big tent to put on my helmet, gloves and cycling shoes.  No sooner did I sit down to do so when something like twenty mosquitos hit each of my legs.  Swatting away while I finished dressing, I grabbed the bike and we set off in a drizzle that would stay with us for most of the day. 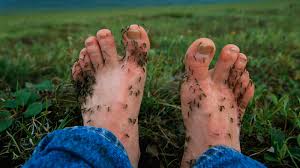 Not Quite This Bad

As it wasn’t too cold, pedaling in the mist and rain wasn’t entirely miserable as he trunk at the back of the bike kept road spray from soaking my jacket and shorts.  Some miles in we stopped at Lake Martin for lunch at Champagne’s Swamp Tours for a featured a tour of the swamp, hoping for some alligator sightings.  As it was still misting out a bit and I my clothes were wet, I wasn’t enthused about sitting in an open boat for close to an hour getting chilled.

And so, while the others went out on the lake, I took off for the nearby town of Breaux Bridge to wait for the rest of the group at what I hoped would be a coffee joint with indoor seating.  With fortune smiling on me, I located the Joie de Vivre Coffee and Culture Cafe on Main Street.  With a big latte in hand, I spent a quiet 30 minutes or so getting warm before I set out for our eventual destination of the day, Poche’s RV Park & Fish-N-Camp.

And this is where things went a little sideways on me.  Even with my GPS enabled Wahoo Element Bolt, I couldn’t keep track of the directions as they were pretty confusing and the route was poorly marked.  Pulling away from the café I missed a turn and kept going a mile or so until I realized that something was amiss.  The Bolt had notified me that I wasn’t on course but sometimes that occurs and then it rights itself.

This was not the case, so I doubled back and finally got back on the route, or at least some version of it until I got to the outskirts of town.  There the Bolt indicated a left turn but there wasn’t any tour marking, neither a route sign or arrows taped on the ground.  To further compound the issue, the street sign at the corner was missing.  I stopped the bike and pondered the situation and right then got a call from Joanna, who had just hit town.  Knowing the route markings were confusing, I rode back in and located her, along with a group of other folks on the tour. 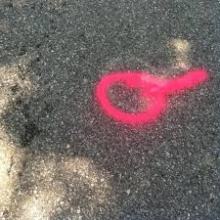 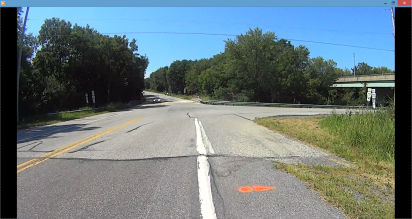 We rode back out to the confusing intersection and with the reassurance of another rider with a GPS device made the turn and ten miles or so later arrived in camp.  Although overcast, the rain was gone and would remain so for the rest of the tour.  We had one side of the park to ourselves and could choose between camping on the concrete trailer pads or the grass next to them, which was still quite damp from the rain. 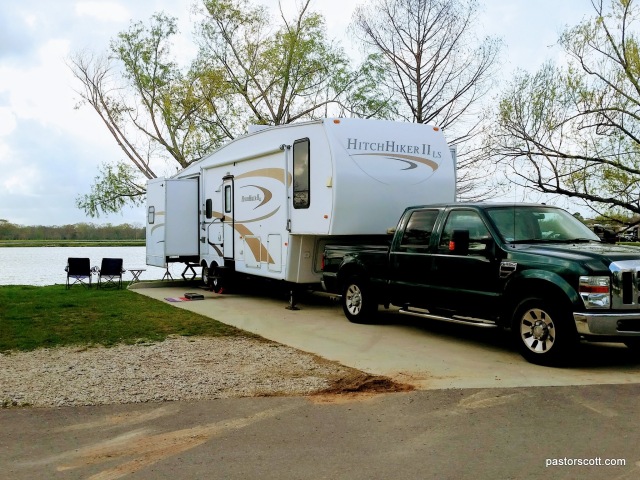 A Site Similar to Ours

So, we set up on the pads and set to drying out the wet gear and after taking showers, hitting the laundry room to clean and dry our clothes.  After dinner we were treated to a session with David Greely.  Born in 1953 in Baton Rouge, he discovered the fiddle and in 1988 he formed the Mamou Playboys, with whom he split his time between touring internationally and performing in rural dance halls in south Louisiana. 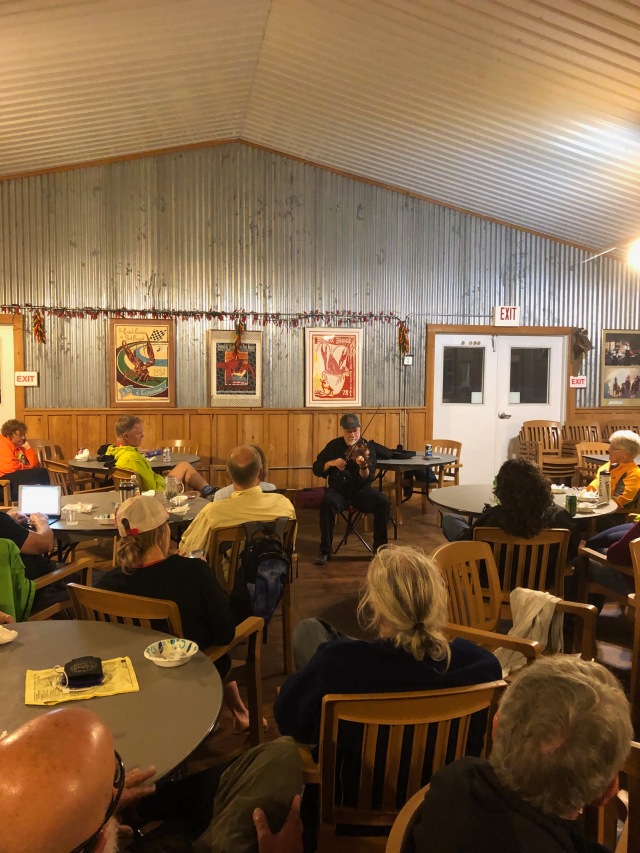 He released his first solo album, “Sud du Sud,” in 2009 and played a number of selections from us while entertaining us with stories about his life in Louisiana.  It was a nice way to end a long day, a satisfying one that comes from facing some challenges and rising above them.  Sitting in the large meeting room that night, full of good food, music, and a moderate quantity of wine, we found ourselves in a good place as we anticipated the longest mileage day of the tour the next morning, one that would dramatically alter the next couple of days for me.  But that is a story for another day. 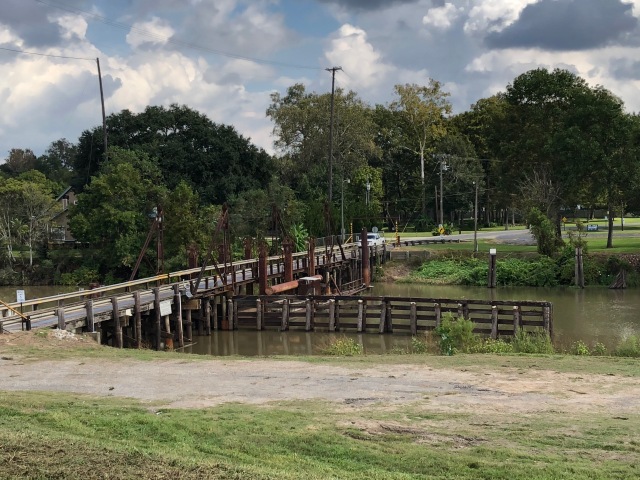 Pontoon Bridge Early in the Day