We woke up prepared for the longest day of the tour at 57-miles, gear completely dried out and ready to ride on a windy, cold, and foggy day.  Setting out from camp we encountered strong winds that would alternately hit us from the front or side, but rarely from the back.  Headwinds in cycling are worse than hills; at least with a climb you get some sense of accomplishment.  With a headwind, you can be pedaling hard on flat ground where you’d normally average above 15-miles per hour and only make 10.

Power Required to Maintain Constant Speed in a Headwind

This can be incredibly disheartening.  We pedaled on because really, what choice did we have?  Alternating between who’d ride in front to break the wind, we passed through a flat bleak landscape devoid of distinguishing characteristics, large open fields painted gray by an even grayer sky.  Mid-morning we finally reached the first rest stop, located in a small park next door to Bourque’s Super Store, a large market known for their local products and an famous Jalapeño Sausage Cheese Bread. 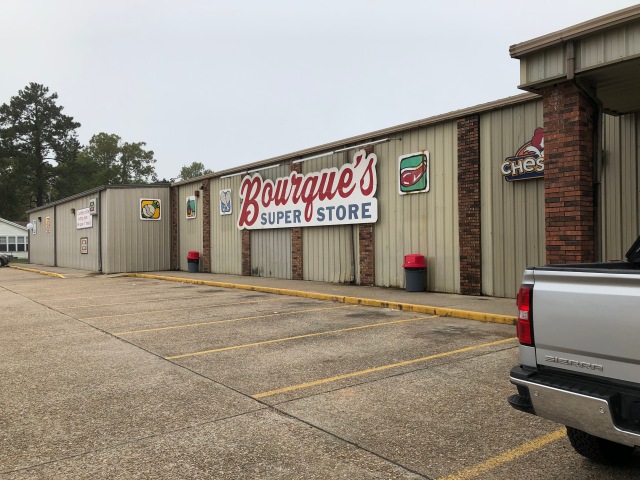 For the rest of the day we battled the wind, enjoying brief periods of stillness before hitting another stretch with it in our faces.  When we made it to the last rest stop, it was good to know we had just 13-miles or so to go to finish but as I bent over to stretch I noticed that my lower left leg was swollen, nearly one and a half times larger than the right.  Joanna had mentioned that my ankle had seemed larger the day before, but we didn’t think much about it at the time.

A bit alarmed, we checked in with one of the tour staff and they advised they could take me to the emergency room later if needed.  We saddled back up and rode the final miles to Chicot State Park, our camp for the night and after setting up the tent and showering, jumped in one of the support vans for a ride into nearby Ville Platte and the Mercy Regional Medical Center there.

One advantage of visiting these local care facilities is that unlike in the big city, you are often the only customer at urgent care.  This was the case here and I was quickly seen by the resident physician, who sent me for an ultrasound scan.  After a very long wait (the on-call Radiologist was working from home and his internet went out, so he had to come into the facility to read the scan) it was confirmed I didn’t have a blood clot, so was released to pick up an anti-inflammatory at the local Walmart with the admonition not to ride my bike for a while. 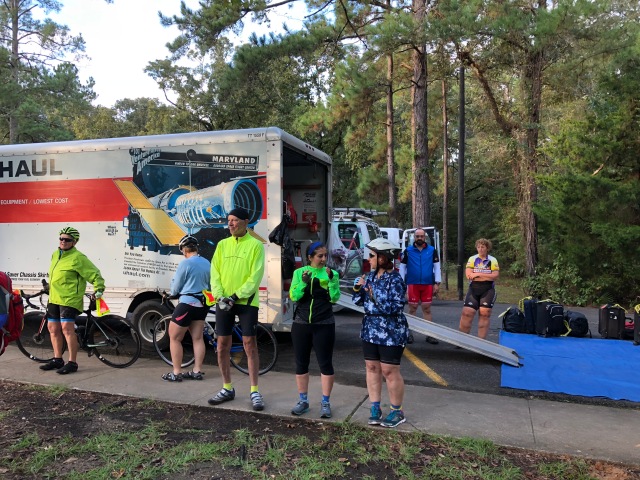 And thus, my tour ended.  Returning to camp around 8pm well after dinner, thoughtful staff members Jay and Brian had held aside two plates of food for us, yet another positive confirmation of the quality of Adventure Cycling’s tours.  From now to the end I’d be riding in one of the support vehicles, helping out and envying the rest of the riders as those two days would feature the best weather of the trip with moderate temperatures, blue skies and little or no wind.

At the Louisiana Arboretum

After all the riders left I hopped in one of the support vans with staff member Brian and we set out for the day’s first stop, the Louisiana State Arboretum, located at the northern end of the state park.  Sitting on 600 acres and established in 1961, it is the oldest state-supported arboretum in the United States.  We walked around viewing the indoor displays and then walked down to a nearby swamp to marvel at the lush growth. 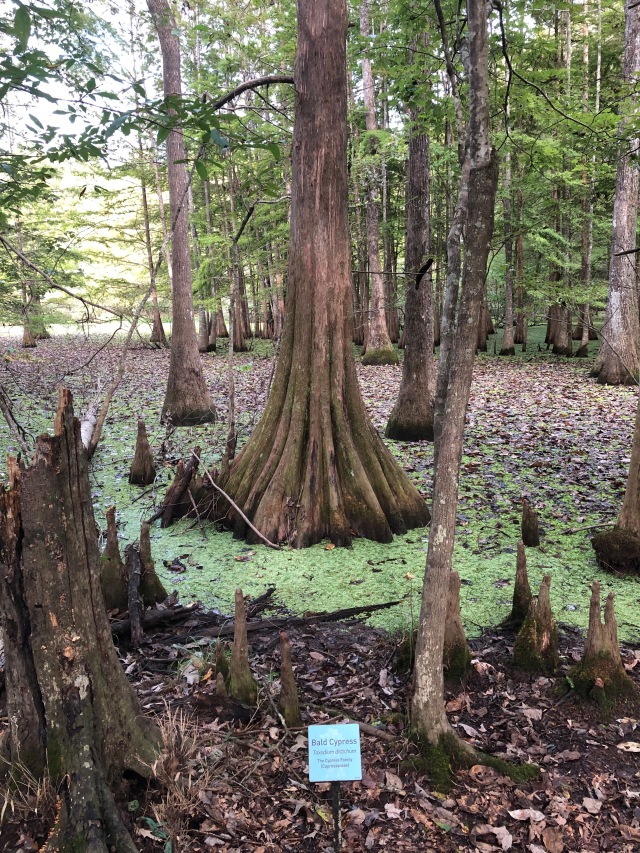 When finished, we all gathered out front for a group photo and then the riders mounted up and took off for Ville Platte.  Brian and I dawdled some and then drove out of the park to the first rest stop to make sure that they had all they needed there.  I grabbed a red twizzler to munch on and while chewing on it, hit something hard, not what you’d expect from a piece of soft licorice candy.  Reaching into my mouth I pulled out a crown that had come loose from one of my molars.

At this point I was beginning to think that I might have to start going to church again because it seemed as though the gods were particularly disappointed in me.  Tucking the errant tooth into a secure pocket, I climbed back in the van and not long after we arrived in town to stop for a snack at Café de LaSalle, a down home joint that our tour leaders had been looking forward to visiting.

While Brian chowed down on a good-looking bowl of Gumbo, I opted for a BLT which while good, wasn’t great (it was served on plain old white sandwich bread).  Then again, it cost under $5 so I wasn’t complaining.  I’ve written before about how much we enjoy traveling in Louisiana because the food is so very good and affordable.  This was just one more example, nothing gourmet here but honest chow inexpensively priced.  We’ll cover the balance of this day and our last one of this tour in the next post.