After breakfast we drove the short distance into downtown Sacramento for our anticipated visit to the State Capital.  Imagine our surprise when we found a number of the streets surrounding the grounds closed to traffic and all of the nearby street parking spots shut down as well.  Dozens of canopies surrounding the capital building led us to conclude that some large event was being held that day and that perhaps we should reconsider our plans.

Which we did, driving west a few blocks to land in a parking structure next to our planned stop for the next day, Old Sacramento State Historic Park.  The city of Sacramento grew up in the mid-nineteenth century as a development from Sutter’s Fort.  However, the Fort was some distance from the Sacramento River, which was the main means of transport to the coast of California, and the area that would become the modern city developed along the waterfront.

By the 1960s, the area had fallen into disrepair and disrepute.  A large effort was made to secure the area’s future as an outdoor living history center similar to Colonial Williamsburg in Virginia.  Several historically significant buildings were moved or reconstructed.  Today, virtually all the buildings in this area date from the 19th century, the most notable dating back to the period immediately after the disastrous fire of 1852, and show a reasonable approximation of their original appearance, though they have required varying degrees of reconstruction to restore to them to that state. 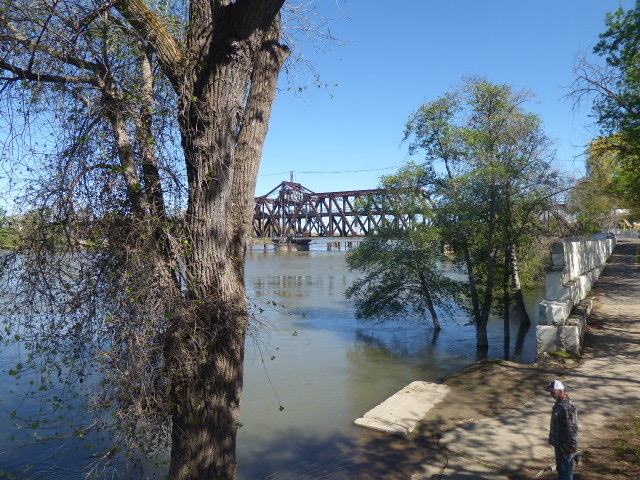 Our very first stop after entering the park was Danny’s Mini Donuts, a small store front catering to the mini-donut cognoscenti, and a delightful treat to be had.  Cooked in an ingenious fryer that flipped the little round gems of goodness as they passed down a chute of hot oil, to be deposited in a paper tray with your choice of icing, of which you could have two varieties with your order of six donuts.

My last two years of high school I worked four nights a week at the Big Donut Drive In in Culver City, one of a chain of such establishments in Los Angeles.

The Big Donut Drive In if Culver City

Once you’ve had access to a fresh out of the fryer donut, any other encounter with this king of pastries will lead to disappointment, as they do not improve over time.  Danny’s took me back to those days, the donut still hot, with a crisp exterior surrounding a moist interior that intensified the frosting on top. 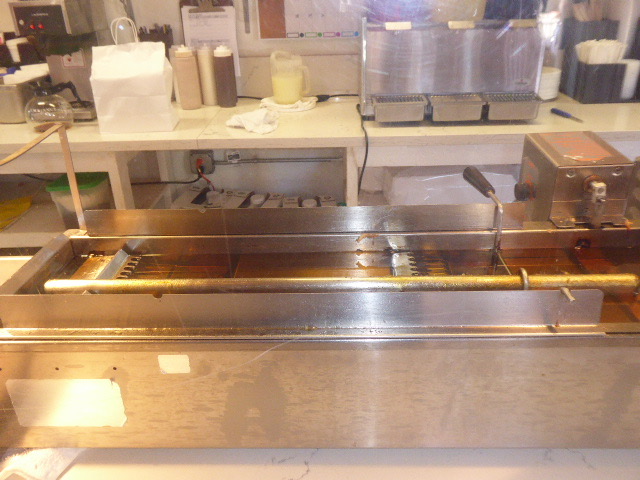 Buzzed from our coffee and donut stop, we walked up to the river and then to the train depot, discovering that we were just in time for the Tuesday ride of the Sacramento Southern Railroad, a train that  includes closed coach cars, open-air gondolas and a first-class observation car pulled by a vintage diesel locomotive from the Railroad Museum’s collection (we’d hit this attraction the next day).

It was a leisurely ride of about an hour, heading to the outskirts of town and then returning, a constant narrative provided by one the many docents who volunteer because of their love of old trains.

A Cute Girl on the Train

After the ride, we continued walking the streets, stopping in at Evangeline’s Costume Mansion, a large shop full of more costumes for rent or purchase than you could ever imagine.

A bit hungry for real food by now, we stopped in next door at Steamers Bakery where we split a very good Turkey Bacon Panino (Oven roasted breast, smoked bacon, provolone, avocado, pesto mayo, on toasted herb focaccia) and a large cup of coffee.  Finished with our meal, we left Old Sacramento for Davis before meeting up with a longtime friend, Chris, at her home in Woodland.

It had been some time since our last visit to Davis and mid-week in April meant school was in session at the UC campus nearby so the downtown area was full of life.  We parked and spent an hour or so walking around, stopping in at a couple of bike shops (UC Davis like UC Santa Barbara has an incredible bicycle culture) and admiring the many art installations that line the city streets.

At the appointed hour we drove to Chris’ house and spent the afternoon with her getting caught up on all that had occurred in our respective lives in the nearly 20 years since we’d last seen her.

Later, we had dinner at Vince’s Mexican Restaurant on Main Street, our first taste of the west coast version of this type of food of that trip, and a reminder of what we’d soon be experiencing regularly once we moved back to Los Angeles.

After dropping Chris off at her house, we drove back to the Airbnb reminiscing about our long history with her and her then husband Mark, who now lives in Grants Pass and we met with in 2016 (see https://3jmann.com/2016/07/23/west-coast-spring-swing-part-four/).  One of the continuing joys of our adventures is the opportunity to see folks who don’t travel much and even though many years may pass in between visits, with good friends it is often like little or no time has elapsed.  Thus, our blog’s motto, “We Travel So You Don’t Have To” still seems quite appropriate.  Perhaps we’ll see you soon.

Meeting with Mark in 2016 in Grants Pass