Finished with breakfast, we all took off to meet Ann and Doug at our first stop of the day, Andrew Murray Vineyards.  Founded in 1990 when Jim and Fran Murray purchased 200 acres of fertile soil in the Santa Ynez Valley.  With their son and winemaker Andrew Murray at the helm, this Los Olivos winery is now a well-respected purveyor of Rhône-style wines. 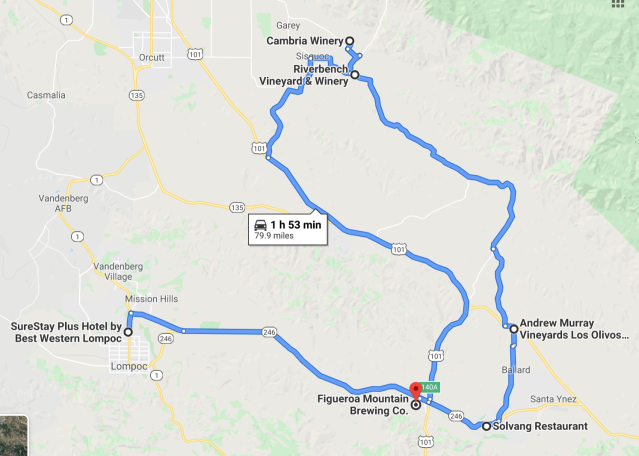 As a teenager, Andrew traveled with his family on lengthy expeditions in France’s Rhône Valley wine region and later earned a bachelor of science degree in enology and viticulture from the University of California, Davis.  After, studying the art of crafting Syrah with an extended internship in Australia, he made his first wine there at the age of 19 and his own first vintage in 1993.  When the family vineyard was sold in 2006, he obtained leases for blocks of vineyards throughout California’s Central Coast for wine production and established his new winery in a former brewery on property owned by fellow vintners, the Firestone family (of Firestone Walker fame, who abandoned wine making for beer making). 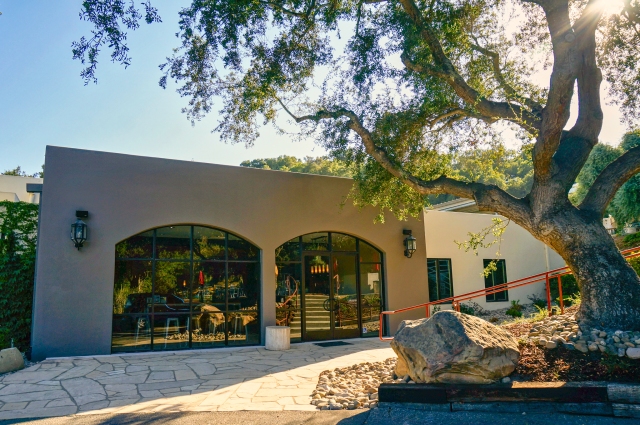 The Tasting Room at Andrew Murray

Earlier this year Keith had arranged for a wine dinner on campus at UNC Charlotte in the Student Union’s Bistro 49 venue where Andrew’s wines were featured.  So, it was nice to sit down for a private tasting to further taste the wines that he and Diane enjoy and which we would too, going so far as to actually join our very first wine club, committing to just three shipments of three bottles a year at a 20% discount on all wine purchases plus complimentary wine tasting for four people anytime at the Winery, all with no membership fee. 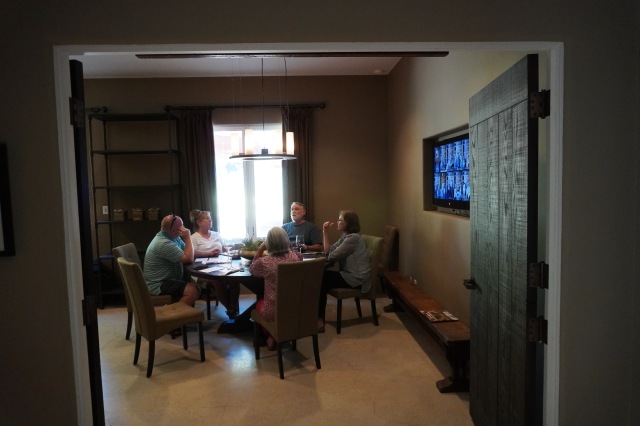 Our charming hostess supplied us with some cheese and crackers as we sampled a 2018 Viognier, 2017 Syrah, 2017 Mourvedre, and 2017 Syrah (the Wine Club’s fall selection) along with a Esperance Rose Keith had chosen for one of his retirement celebration’s in June.  Finished with the tasting, we picked up our fall shipment and along with Doug, purchased a liter of Zinfandel they serve on draft, a nice way to buy good wine in bulk. 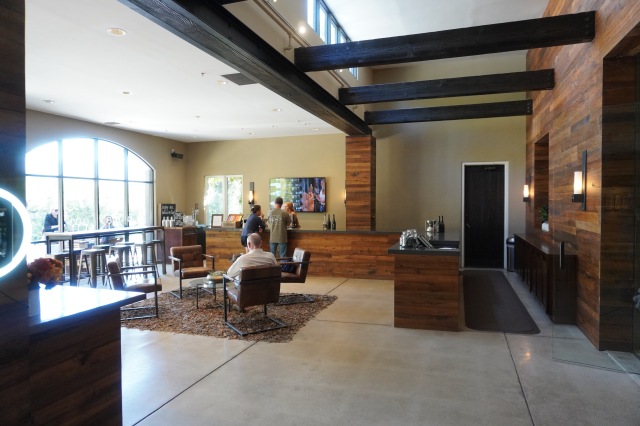 Zin Machine in the Corner

From there we drove towards Santa Maria on Foxen Canyon Road to visit Cambria Winery, part of the family of vineyards and wineries owned by Jackson Family Wines.  Founded by Kendell-Jackson’s patriarch, Jess Jackson., their portfolio includes 40 brands from vineyards and wineries in California, Oregon, the Bordeaux region in France, Tuscany, Italy, Australia, Chile and South Africa.  In total they  hold over 30,000 acres in the United States and are the largest owner of coastal vineyards in California and Oregon. 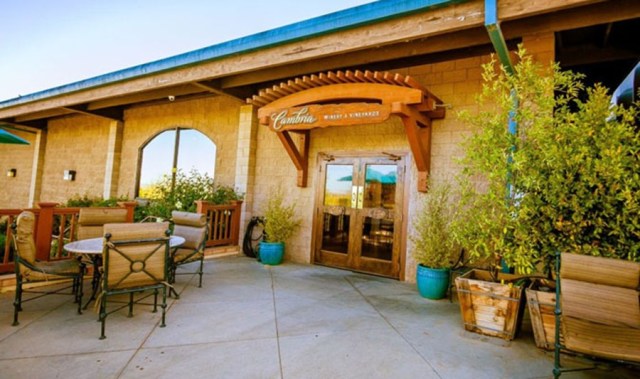 We all sat outside and spent a couple of hours leisurely working our way through the tasting and enjoying a large charcuterie spread that Diane and Keith had arranged for through the winery.  It would be more than enough food to eat and we would not feel the need for dinner later on that night.  Our hostess, recently married, was knowledgeable about the wines, the owners, their various local enterprises, and best of all, friendly gossip about the community. 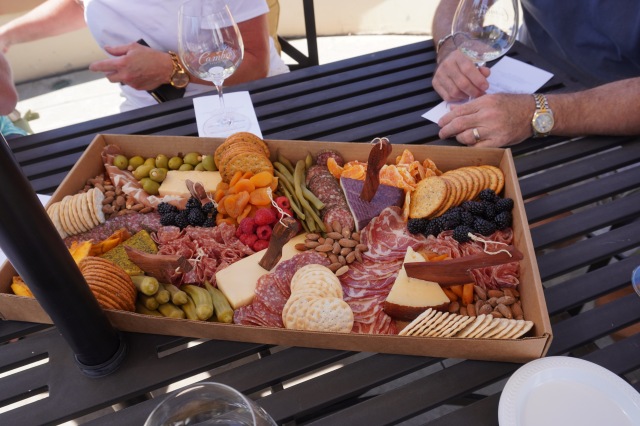 Although Ann and Doug needed to get on the road to Paso Robles to continue their vacation, we talked them into one more stop, just down the road at Riverbench Vineyard & Winery.  Originally just providers of quality grapes, some time ago they began making a limited number of their own wines and have since acquired a reputation for their Chardonnay’s and Pinot Noir’s. 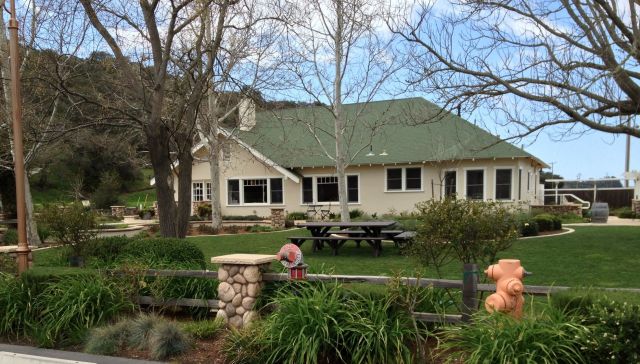 We stood at the bar in the restored 1920s craftsman-style house and enjoyed our samples, then bade Ann and Doug farewell and not yet willing to leave this bucolic setting, purchased a bottle of Pinot and sat out under the trees to enjoy it and the fading afternoon.  Draining the last of the bottle, we set off for Buellton and our last stop of the day, Figueroa Mountain Brewing. 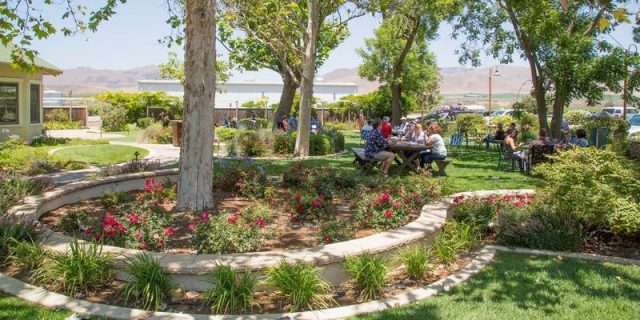 A Bottle of Wine Under the Trees

I’d discovered this brewery when we were at Jalama Beach, purchasing a six-pack of their Lizard’s Mouth 9-percent Imperial IPA, with its tasting notes of mango, papaya, and pineapple.  But really, who cares when it’s a high gravity IPA?  This is a large facility, reminiscent of the Lagunitas taproom in Petaluma with its extensive outdoor seating and space for games and two levels indoors with bars on both floors. 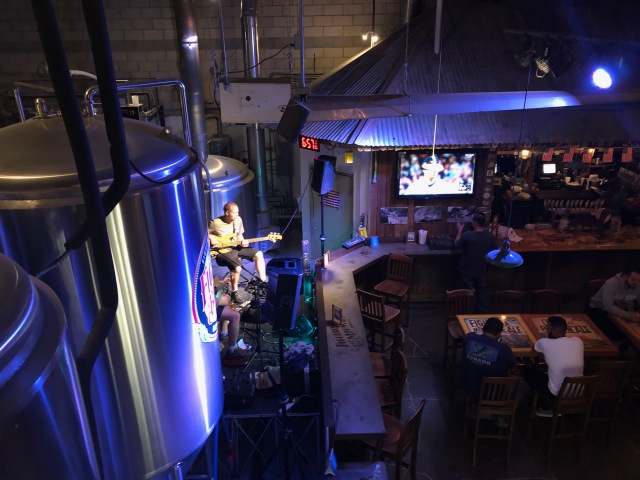 View of the Performer

We grabbed a high-top bench overlooking the first floor and proceeded to enjoy a couple of rounds of beers, a pretzel, and the solo guitar artist downstairs playing a nice assortment of familiar tunes, winding down from a couple of very full days of fun and food.  We left vowing to return to this cool venue in the future, maybe when we come north to pick up our next wine club selection at Andrew Murray. 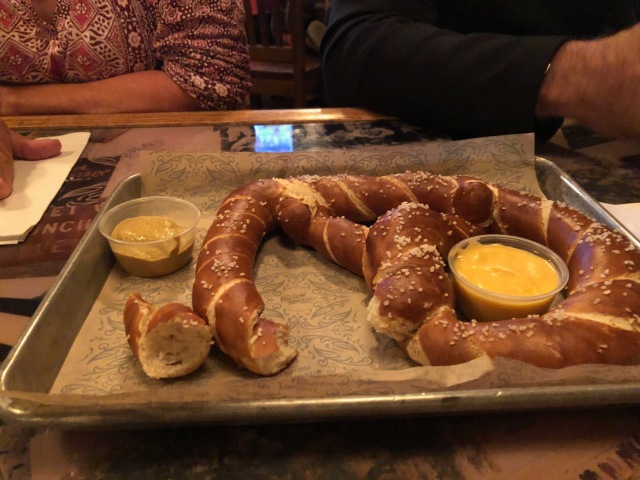 Not needing to hurry home the next day we drove into Old Town Lompoc after breakfast to stop in at the 2nd Annual Lompoc Chalks Festival, which serves as a fundraiser for the Lompoc Theatre Project. 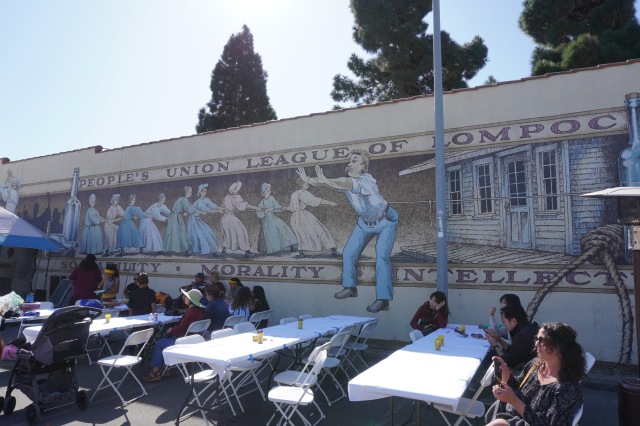 We found it at the two public parking lots located at Cypress Avenue and I Streets, near “Art Alley” and as it was Sunday morning, it was quiet when we arrived. 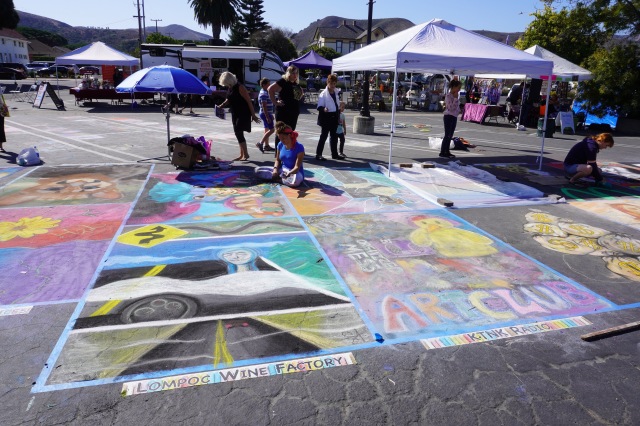 While we walked around the event, as a group of young girls demonstrated a variety of dance moves, we regretted that we couldn’t have come on Friday or Saturday when the beer and wine service and food trucks offering some good grub would have ensured that a more festive atmosphere likely prevailed. 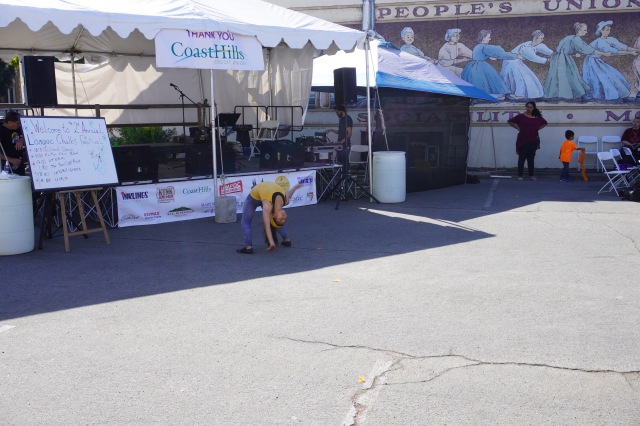 After seeing all we could see, we made one more stop, this time in search of a pastry at a bakery located in the perfect spot, surrounded by a liquor store, market and deli, and Cannabis outlet.  Honestly, what more could one ask for when they have achieved an altered state of consciousness? 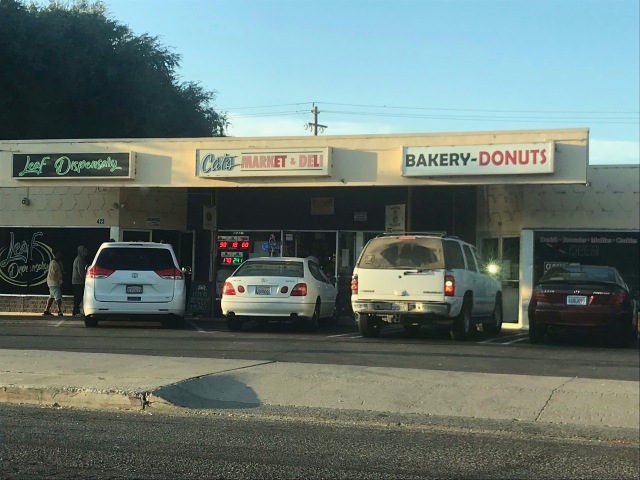 The return home should have been uneventful, but as we have come to discover after thousands of miles of driving in the U.S. and Europe, that rarely is a trip uneventful.  Between construction, accidents, and forces of nature any drive calculated to last one period of time by Google Maps is sure to last at least an hour longer when one factors in the unexpected.  And so, we ran into a big crash south of Santa Barbara that closed one lane of the two lanes available and added 45 minutes to the drive.  But it gave us time to reflect on a great weekend with good friends, good wine, and good food.  Can we rewind and do it over? 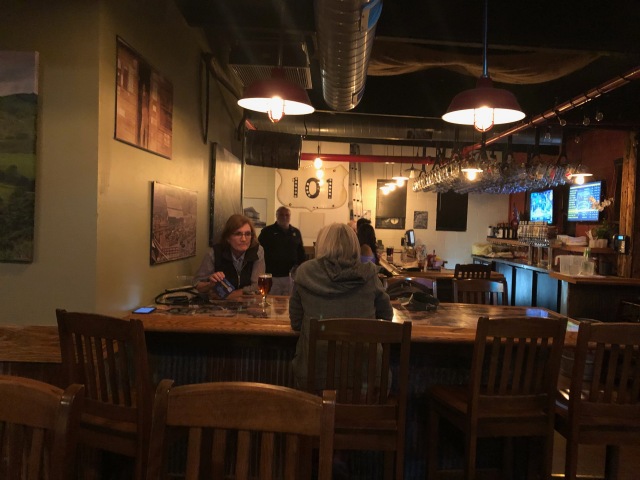 Diane and Joanna at the HIgh Top