We ate a quick breakfast of yoghurt and a coffee beverage we’d been purchasing, a latte like product usually produced by Nescafe, both capable of being stored unrefrigerated overnight, and made our way to the Termibus Station. With a little time to burn we each had a café con leche and split a pan de chocolate and then at the appointed hour went out to meet our first encounter with Flixbus.

Launched in 2013 following the deregulation of the German bus market it offers intercity service in Europe and after a 2015 merger with the competing startup MeinFernbus, is now rapidly expanding across Europe offering approximately 120,000 daily connections to 1,000 destinations in 20 countries.

We would use the service three times and generally found it to be efficient and fairly comfortable, particularly for the price and distance covered. The fare for our six-hour ride to Toulouse was just 34 euros, about what the train would have cost for just one of us. Each bus is equipped with a bathroom (airplane sized), Wi-Fi (performance was spotty at best), and power outlets. The only real downside we could see to the experience was that any stops along the way were of very short duration and so one must be prepared to bring any food or drink you might need for the duration of the journey.

We arrived at the Toulouse main bus terminal, which is adjacent to the train station and took a taxi for 20 euros to our lodging for two nights, Montempo Toulouse Balma. This is a fairly new chain that competes with the likes of Ibis Budget, but for the money, 50 euros a night in our case, offers so much more value. Conveniently located near a major shopping center and the metro (we would use it to return to the bus terminal on the way out of town), each room comes with two beds, a desk, a kitchenette with full cookware and a table with two chairs, a modern bathroom, flat screen TV and free Wi-Fi.

Being a bit on the outskirts of town and late in the day, we simply walked down to the shopping center to pick up some wine and breakfast supplies and then grabbed a sandwich, pastry and two drinks for 16 euros at a Brioche Doree outlet. A bit like the Panera chain here, they specialize in fresh baked goods, salads and sandwiches.

After breakfast in our room the next morning we walked to the Metro station and took the tram into the center of town. Toulouse, like most European cities, has a river flowing through its middle and this lends it a lovely quality. There are not big-ticket sites to see here, so we basically rambled about with the aid of a map from the TI.

Our first stop was at the Capitole, Toulouse’s city hall. Original construction began in the 1100’s with today’s finished product dating to the 1800’s. In addition to being the home of municipal government, it also houses the Théâtre du Capitole de Toulouse opera company, Orchestre national du Capitole de Toulouse and the Salle des Illustres, which contains 19th century works of art.

We walked through the rooms containing the art and then made our way to a highly recommended restaurant, Flower’s Café, for some coffee, a cup of thick hot chocolate and a delicious berry crumble, and then resumed our walk, dropping by the Basilique St-Sernin for a visit. Located on the site of a previous basilica of the 4th century, which contained the body of Saint Sernin, the first bishop of Toulouse in 250 AD, it was constructed in the Romanesque style between about 1080 and 1120. It is the largest remaining Romanesque building in Europe and was added to the UNESCO World Heritage Sites in 1998.

We continued walking, crossing over the La Garonne River and then just before crossing back on the Pont Neuf, stopped in at Le Chateau d’Eau, the former water treatment plant for the city. Built in 1822 it was abandoned in 1870 and then in 1974 it became a photography gallery, founded by Jean Dieuzaide, a French photographer from Toulouse, and it has since become one of the oldest public places dedicated to photography in the world.

Upstairs was a fascinating exhibit of photos of old car wrecks that had been manipulated to include famous celebrities, often an in humorous fashion. Downstairs was the real treat though, a good-sized library devoted to photography filled with thousands of works and hundreds of artist’s folders. We spent over an hour there leafing through bound collections, including those by Annie Leibovitz and Walker Evans, among others.

One of the Many Altered Photos

We finished our tour by walking through the cities large park and Gardens, then hopped on the metro, stopping at the market near our station to pick up some frozen food we could quickly eat up in the kitchen in our room. That night I began to experience significant pain in my lower jaw, radiating up through the canine tooth on the left side. I had to sleep sitting up and took a couple of Tylenol/Codeine tablets to mitigate the pain. 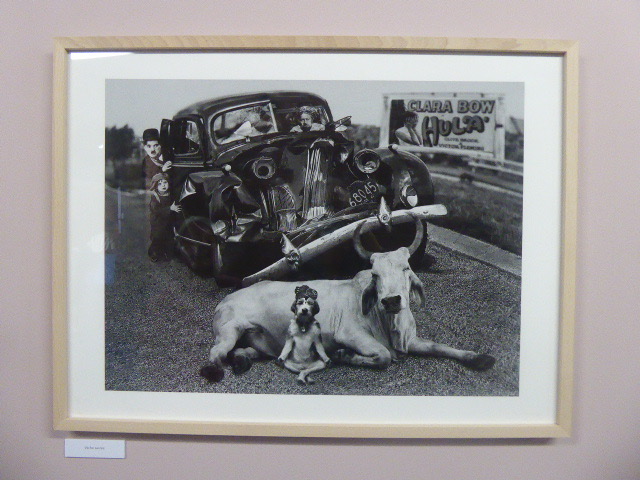 This One with Charlie Chaplin

I did get some sleep and it seemed marginally better the next morning for our 31.80 Euro Flixbus ride to Montpellier. We stopped at a bakery on the way to the metro and picked up a sandwich for the bus trip, having learned the hard way that one must be prepared. Four hours later we’d be in Montpellier ready to count down the final few weeks of the trip and spend some more quality time with our good friend Francois. 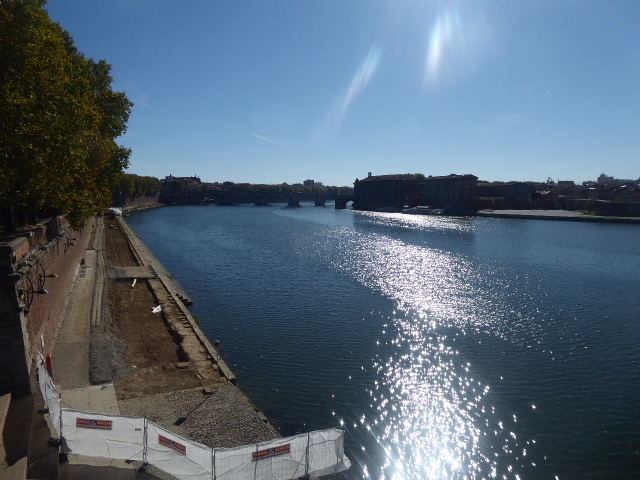 This wraps up the Camino de Santiago portion of our trip. At this juncture we’ll return to our time in Greece and recount the fantastic time we had there before picking it up again in Montpellier to finish. Hopefully jumping around like this won’t cause too much confusion but a little time shifting can’t hurt can it? And speaking of hurting, you’ll just have to keep reading the posts to find out how that jaw thing worked out for me.

You Never Know What You’ll Find