Thus, we made it to Oakland later than anticipated but glad to have finally made it, knowing a good night’s sleep can fix a lot of the ill effects of arriving late.  We unloaded the car and through some sort of cosmic intervention, perhaps a payback for the day we’d had, found parking nearby that would hold us until the next morning.  It would be a low-key weekend for us as Jessica is well in to her first pregnancy and thus not able to fully participate in the high jinx we typically engage in.

On Friday we made our regular stop at the Old Oakland Farmers Market after a shopping run to Berkeley Bowl to pick up ingredients for that night’s dinner, a modified version of the Paella we learned to make in Barcelona.  With two locations in the east Bay, Berkeley Bowl got its start as a small local grocery store in 1977, originally located in a converted bowling alley (also named Berkeley Bowl) on Shattuck Avenue and moved to a renovated Safeway on Oregon Street in 1999.

It has an incredible selection of organic and non-organic produce, baked goods from well-known local bakeries (Acme and Semifreddi’s) and a full-service meat department with a wide range of beef, pork, poultry and seafood.  We would alter the recipe to include scallops as well as the called for chicken and instead of the proper shaped large skillet, use a stock pot to cook it in.  And it still came out being delicious. 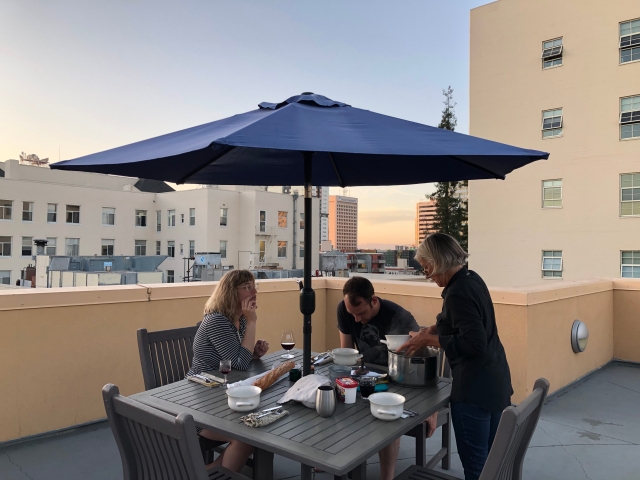 Paella on the Deck

Warm in their apartment with no air-conditioning, we sought refuge while eating by taking the meal up to the roof top terrace we’ve used in the past.  It was a gorgeous later summer evening, the cooling temperatures of fall lurking in the distance and we made the most of it, consuming almost all of the Paella, a great Semifreddi’s Sourdough Baguette and a fair amount of red wine. 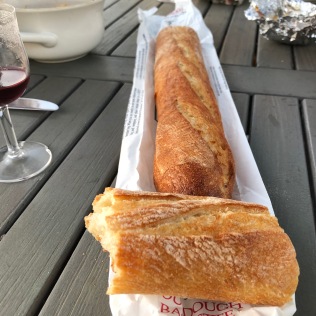 On Saturday Kris and I took the ferry to San Francisco from the Jack London Square terminal and joined James at Gotts Roadside in the old Ferry Building prior to the three of taking in a Giants game.  We had a few Pliny the Elder’s, Russian River Brewing’s flagship beer, on draft.  Once difficult to find anywhere but at their taproom in Santa Rosa, with the addition of a new brewery, pub and restaurant in Windsor we now find it available at tap rooms around the State. 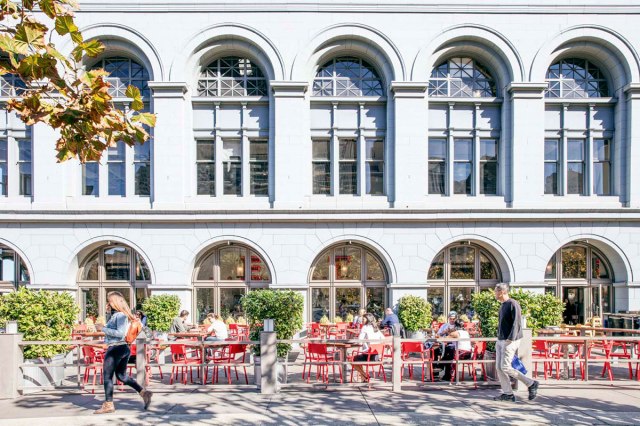 Gott’s at the Ferry Building

This eight percent ABV brew is deliciously smooth and packs a bit of a wallop if one has a few.  This is not a summer afternoon light beer by any stretch of the imagination.  We finished up at Gott’s and began walking the two miles to the ballpark and midway through, I stopped to bend over and stretch out the muscles of my lower back.  The combined effects of wearing a daypack and the Pliny’s I’d consumed caused me to lose my balance and I pitched over, landing in an awkward pose that took me a minute or so to extricate myself from.

More embarrassed than injured, James and Kris now kept an eye on me, like mother hens guarding their baby chick, for the rest of the evening worried that I might take another tumble.  I can now state with conviction that getting older is not always easy or lacking in humiliation.  We soon arrived at Oracle Park and made our way to our seats on the left field side of the park with a great view of McCovey Cove and San Francisco Bay.

James and Kris in Deep Discussion

When it opened on March 31, 2000, the ballpark was the first Major League Baseball ballpark built without public funds since the completion of Dodger Stadium in 1962, although the Giants did receive a $10 million tax abatement from the city and $80 million for upgrades to the local infrastructure (including a connection to the Muni Metro).  In April 2010, the stadium became the first MLB ballpark to receive LEED Silver Certification for Existing Buildings, Operations and Maintenance.

As a lifelong Dodgers fan, I found myself rooting for the other team and was rewarded with a Giants loss, which took a bit of the sting out of my tumble.  At games end, we walked another coupler of miles to the BART station we’d use to get us back across the bay and then, another mile or so upon arriving to get to the apartment.  Once there, I got to recount the details of my tumble to Jessica and Joanna who had a good laugh at my expense and somehow, finding the humor in it, made my body feel a bit better.

Oracle Park in the Daytime

We ended the weekend on Sunday by going to one of our favorite spots for breakfast, Sconehenge, in Berkeley where we met newlyweds Kim and Kourosh.  The food here is consistently good and portion sizes are large enough to share.  I had a special omelet of the day with a mildly spicy pork sausage, mushrooms, onions, and tomatoes which would be just about all I would need to eat that day.

Hanging out at the apartment the rest of the day and evening was a delight as we knew we’d soon be camping of a sort, heading to the housekeeping cabins at Yosemite the next day.  We were quickly getting used to being able to see Jessica and Kris once a month instead of every three to four months, one of the primary reasons for our move back to the west coast.  There would be more visits to come in the ensuing months and so saying goodbye is made easier in the knowledge that the gap between visits won’t be as long.  And that’s a very good thing. 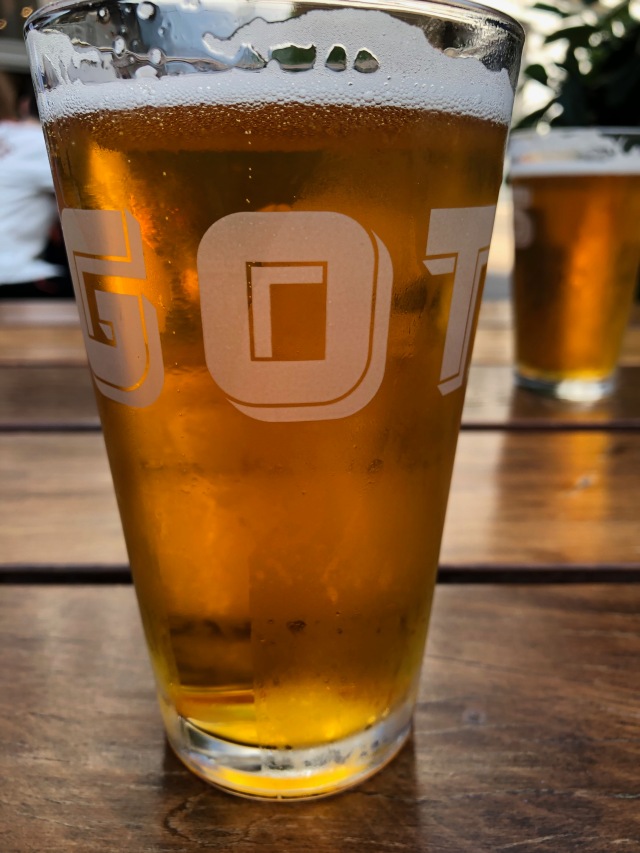 Too Much Pliny Can Be A Dangerous Thing